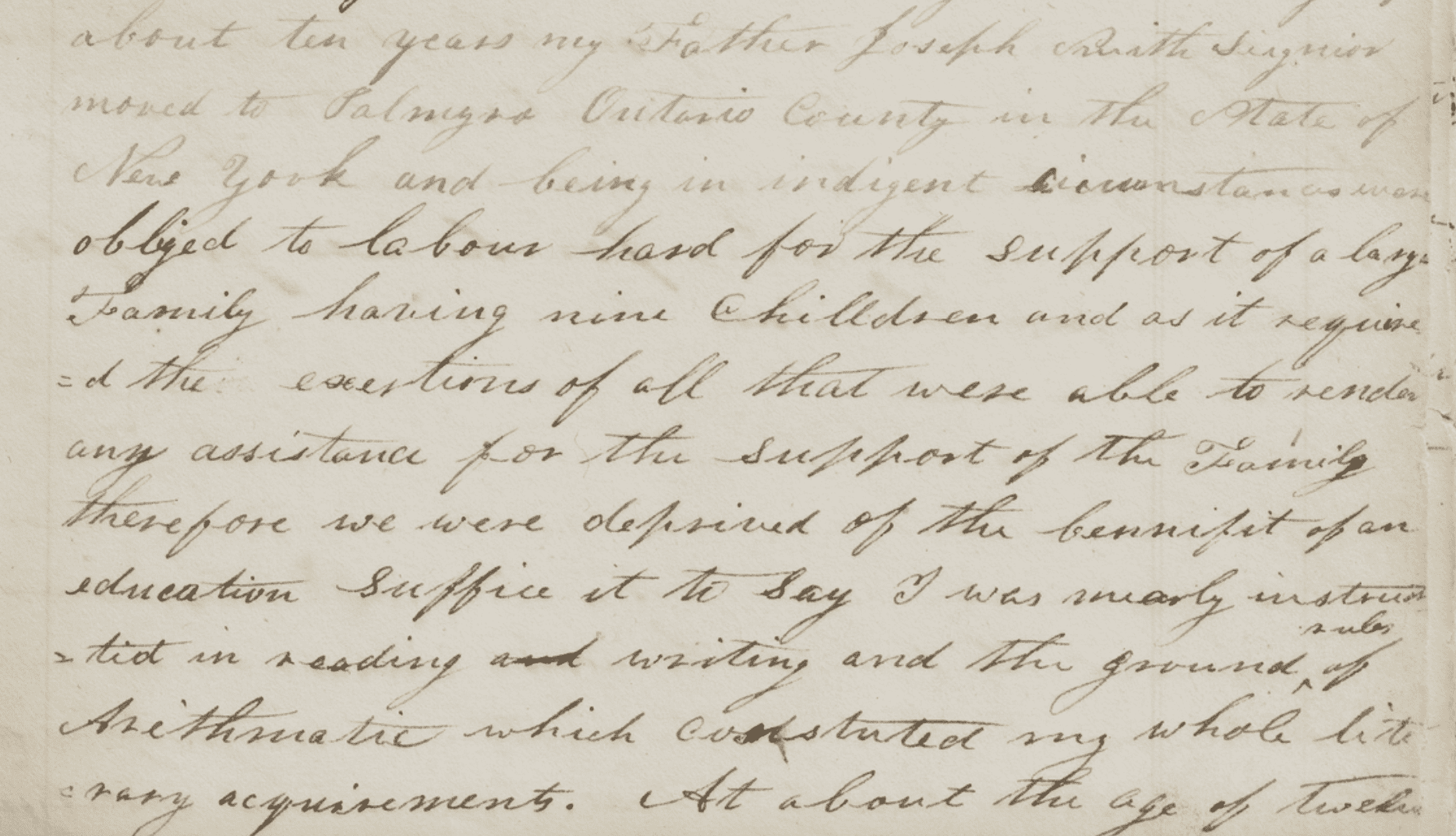 The following was previously published leading up to the bicentennial year. We are republishing it now as a way to enhance your Come, Follow Me study in the Doctrine and Covenants.

You can add an interactive element to your family study with the Treasures of the Restoration jigsaw puzzle.

Three times in the Doctrine and Covenants, the Lord referred to Joseph Smith as a “Prophet, Seer, Revelator, and Translator (D&C 21:1; 107:92; 124:125). The Prophet Joseph stands unique among scripture scholars. He was called of God to translate the Bible by the spirit of revelation (D&C 5:10; 45:60-62; 76:15; 93:53). Thus he became a “Restorer” of God’s word, and not merely a “Reformer.” During his ministry, Joseph Smith was inspired to revise and retranslate 3410 verses of scripture in the King James Bible. He also produced almost a thousand pages of new scripture. And he is the only individual to restore scriptures from every previous gospel dispensation.

Elder Neal A. Maxwell of the Quorum of the Twelve Apostles noted: “From Joseph Smith, one unlearned and untrained in theology, more printed pages of scripture have come down to us than from any other mortal—in fact, as President Holland has pointed out, more than the combined pages, as available at present, from Moses, Paul, Luke, and Mormon. But it is not only a matter of impressive quantity, it is also a qualitative matter, since dazzling doctrines came through the Prophet, including key doctrines previously lost from the face of the earth, a loss that caused people to ‘stumble exceedingly’ (1 Nephi 13:34). ‘Plain and precious’ things, because of faulty transmission, were ‘kept back’ or ‘taken away’ (see 1 Nephi 13:34, 39–40), and thus do not appear in our treasured Holy Bible. What came through Joseph Smith was beyond Joseph Smith, and it stretched him!” (“Joseph Smith: A Choice Seer, BYU Speeches, 30 March 1986).

Dr. Robert J. Matthews insightfully observed how translating scripture stretched the Prophet: “The translation of the Bible was a learning experience for Joseph Smith, bringing him information by revelation that he did not previously have. Joseph Smith did not merely ‘correct’ the bible on the basis of knowledge he had obtained earlier. The labor brought its own reward. The procedure was to ‘ask’ and then receive (D&C 42:56; 45:60-61; 76:15-18). He did not ‘Mormonize’ the Bible; he read, reflected, and received new revelations which became LDS doctrine” (Robert J. Matthew’s class handout: The Role of the Bible in the Restoration of the Gospel).

Elder LeGrand Richards of the Quorum of the Twelve Apostles further testified of the clarifying role Joseph’s translations perform: “As far as our records show, he has given us more revealed truth than any prophet who has ever lived upon the face of the. And the Lord said: ‘And not to the bringing forth my word only, … but to the convincing them of my word, which shall have already gone forth among them’ (2 Ne. 3:11). What did He mean by that? That in the midst of these hundreds of churches of men—the result of men’s interpretations of the scriptures because they can’t agree, and these churches keep multiplying—that the Lord would give to this new prophet the ability to comprehend the scriptures that had already been sent forth among them” (“Call of the Prophets,” Ensign, May 1981, 33).

Here are some of the scriptures the Prophet Joseph Smith translated or restored:

As Elder Maxwell noted above, the quantity of scripture revealed through the Prophet Joseph Smith is impressive, but even more so is the quality of those revelations. And amazingly, all this was accomplished by the Prophet Joseph in 15 very compressed years—from the time he translated the Book of Mormon in 1829, until his martyrdom in 1844.