Jewish and Latter-day Saint scholars just had an interfaith dialogue in Jerusalem. Now they're going to publish a book | Meridian Magazine 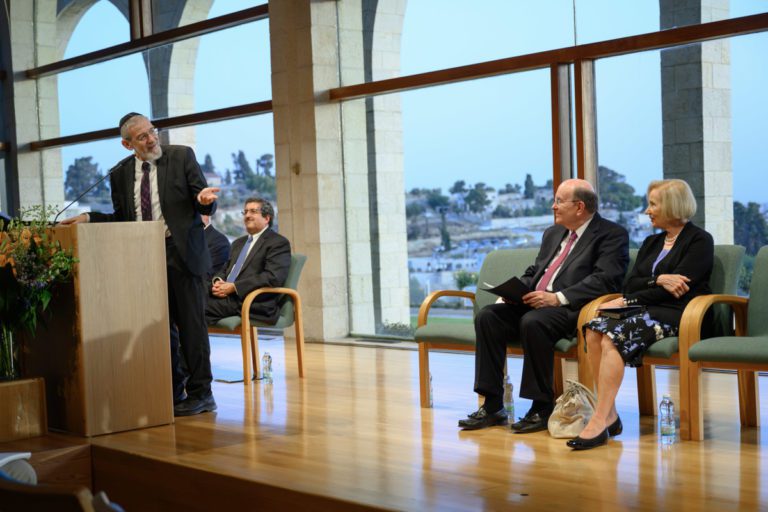 Jewish and Latter-day Saint scholars just had an interfaith dialogue in Jerusalem. Now they’re going to publish a book

At the beginning of June, an event at the BYU Jerusalem Center featuring two prominent religious leaders — Elder Quentin L. Cook of the Quorum of the Twelve Apostles of The Church of Jesus Christ of Latter-day Saints, and Rabbi Michael Melchior, the chief rabbi of Norway and a recognized leader in Israel — served as both a highlight and illustration of something even greater that is taking place between the two faiths.

Not only did BYU students and other invited guests listen to two insightful keynote addresses and witness firsthand a respectful interfaith dialogue between two faith leaders, but the program set the tone for other dialogues and study sessions held at the Shalom Hartman Institute, the Jerusalem campus of Hebrew Union College-Jewish Institute of Religion, and Bar Ilan University for Jewish and Latter-day Saint scholars, said Rabbi Mark Diamond, a professor of Jewish studies at Loyola Marymount University, who was there.

Rabbi Diamond, along with fellow attendees Rabbi Samuel L. Spector of Utah’s Congregation Kol Ami and Brent Top, who served as dean of BYU’s Religious Studies Center from 2013-2018, agree that the Jewish-Latter-day Saint Academic Dialogue Project is building new bridges of common ground and friendship between the two groups.

“The Jewish-Latter-day Saint Academic Dialogue Project has built strong bonds of collegiality, friendship, and fellowship between the participating scholars,” Diamond said. “We share a passion for academic interfaith dialogue and engagement and are equally committed to both the private and public programs of the project.”

On the private academic side, their discussion has moved from topics in which there is a broad agreement between the two faith traditions to more challenging subjects such as supersessionism.

On the public side, they have reached out to Jewish and Latter-day Saint communities in California, Utah and now Israel to dispel common misconceptions about one another and share some of the fruits of their interfaith exchanges, Rabbi Diamond said.