Is Trump a Blooming Idiot or a Budding Genius? | Meridian Magazine 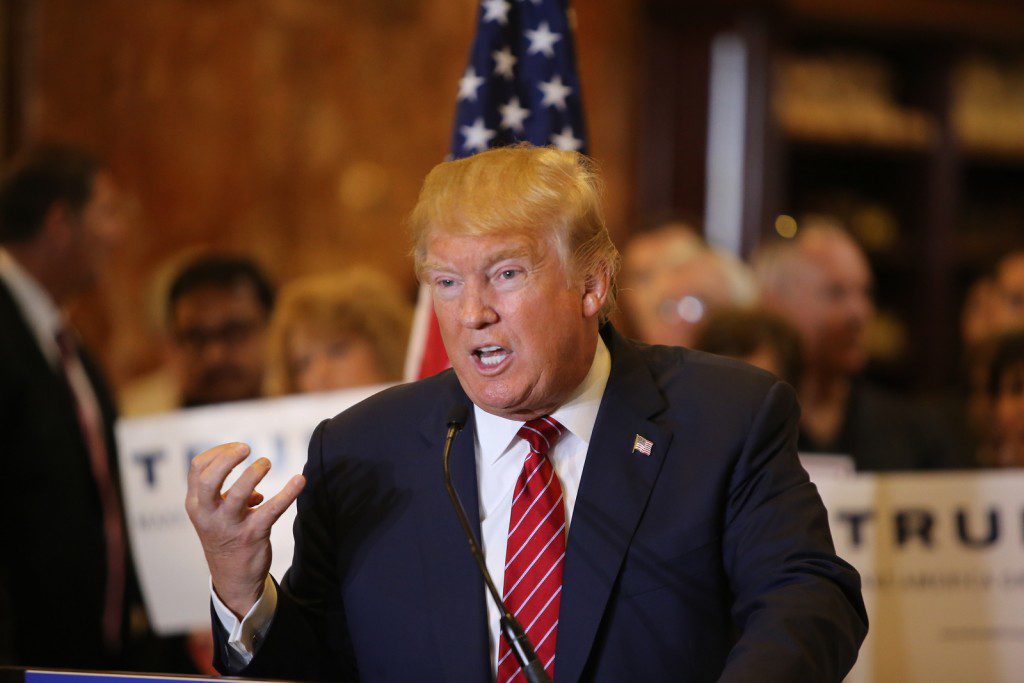 Is Trump a Blooming Idiot or a Budding Genius?

From the first day Donald Trump announced his run for the Presidency of the USA, I questioned his message discipline. In the year that has followed I’ve seen two notable actions: one from him and one from his detractors.

First, the Donald T. He’s performed about as I’ve expected from a political neophyte – open mouth often and insert foot much to the delight of a media ready to excoriate his every word. And he’s given them plenty of fodder for their feast.

But not so fast. Every time he sticks his foot in his mouth, his poll numbers rise. Hmmmm. What’s going on? Look at the betting pools in London, England where they’re allowed to bet on U.S. elections. When Trump made his famous faux pas about Mexico sending us their killers and rapists, he was a 100-1 longshot to win the presidency.

When he tripped up and hammered Muslims by saying he would put a temporary ban on all Muslims entering the U.S.A. until “we figure out the security angle,” his odds of winning dropped to 50-1.

And now the odds are 9-4 or about 2-1 odds. That’s a huge benefit to him to be perceived as a potential winner. One of the top odds makers with Ladbrokes of the UK stated, “The interest is huge. We can’t get Donald Trump off the pages of our newspapers and our TV screens.”

He’s won nearly 1.5 million more votes in the Republican primary than anyone else has – far more people have voted for him than Romney or McCain.

The question is, why?

Certainly the pundits – those who are paid really big bucks to know about such things – haven’t a clue. Yet they remain adamant in their ignorance. Fully 95% of them have been wrong 100% on their predictions from the day Trump entered the Republican race about a year ago. Today, with Trump’s latest word selection on Judge Gonzalo Curiel on his Trump University case, pundits are joined by a chorus of Republicans denouncing his language, demeanor and his heart of being “racist” even though the judge belongs to a lawyers group that specifically chose a name based upon race – La Raza – and part of their mission is defending illegal Mexican immigrants. So the race baiting door swings both ways.

Tough to watch people who not too long ago were reluctantly endorsing Trump, suddenly get religion and denounce him and “unendorsed” him. Good old Mitt Romney remains true to his new found strength that was missing in his race against Obama, and is basically saying about Trump’s latest imbroglio, “I told you so.” Of course those with memories are wondering if Mitt’s referring to his name spate of calling Trump nasty names or when four years ago he was on bended knee begging for Trump’s money and making press conference news bragging about how he got Trump’s endorsement while extolling the greatness of everything Trump. Not sure what changed but politics makes people go weird.

I beg to take the neutral observer’s view. I teach some entrepreneur classes at the university and use Trump as an open book test in marketing to try and divine his strategy: is it purposeful, instinctive, or is he just lucky or unlucky depending on your view.

Is he really that insensitive and unable to use the English language to convey what he really means? He’s very well educated, but he is so unpredictable due to his mercurial business background that one wonders.

Look at a few examples. After sticking his foot into Mexico and The Wall, Muslims, Megyn Kelly and women’s issues, NATO and other treaties being called into question, name-calling at Bush, etal., belittling John McCain’s POW experience, and denouncing Judge Curiel for his Mexican-heritage bias (his words), Trump has a pattern, almost on script, of then producing drips and drabs of clarifications. He’ll carefully expand, or double down on the issue, but not apologize so as to keep the strong leader persona. Instead he has his colonels and lieutenants put out the fires and make assurances.

It doesn’t look as haphazard as 95% of the pundits make it out to be.

On The Wall and Mexico paying for it he clarified it with: there are many ways to get them to pay it – just create trade deals that don’t result in a US trade deficit with Mexico of $50 billion or more per year. Knock it down by 10% and the wall is paid for in a year or two. Nuance or accidental nonsense?

On Megyn Kelly: she went to him and he acquiesced to an interview where he came across as your gentle Uncle Fred. Harmless as a pussy cat. Megyn fawned over him. Like he had this all planned.

On women in general and the New York Times story against him: the star woman and others the NYT used to prove their bias that Trump was demeaning to women, denounced the Times’ story and said Trump was a great person to work with.

On John McCain: Trump didn’t apologize, and just used the whole event to draw attention to his good work on funding veteran’s aid, and hammering Obama and Clinton for terrible things at the VA. His ratings skyrocketed with the current military and veterans.

On NATO: now NATO’s head guy is saying Germany is getting off too easy and others ought to pay more and NATO needs the money to modernize. Hmmm. Did Trump pay this guy to just say what Trump said?

I do not know if the latest bit with the judge and Trump University is yet another ploy, although Trump is making the case that Supreme Court Justice Sonia Sotomayor stated clearly that race was a factor, and a legitimate factor, in evaluating bias. Then there’s that matter of the judge being a charter member of La Raza legal assistance. While not part of the radical La Raza group calling for an overthrow of the US and a return of “Aztec Land”, La Raza (meaning Race in Spanish) legal doesn’t denounce them and still has ties. And if you’re all for a color blind society, and race doesn’t matter, why would you belong to an organization that focuses on race in its name?

To top it off, the law firm that brought the suit against Trump University donated more than $600,000 to the Clintons. Trump may be paranoid, but even paranoids have enemies out to get them.

While this Trump University kerfuffle has been waging in the media, Hillary Clinton has won a bunch more delegates and secured the nomination – a historic occasion for the first woman is nominated by a major party for the presidency of the U.S. Trump has made her coronation is barely a footnote. Did this buffoon really buffalo us into thinking was all just an accident?

Is this all planned?

I don’t know, but it certainly has numerous marketing types wanting to copy his pugnacious and unpredictable style. It has also driven him from a zero-chance nominee with a 100-1 longshot and behind Clinton by more than 30 points, to where he is today — the Republican contender, with a 2-1 shot at winning from the odds makers, and corresponding polling showing him beating Clinton in key battleground states and an overall polling of either ahead, tied or slightly behind.

That is a successful campaign of some kind.

Budding political genius… blooming idiot… maybe both? Hold on to your ballots. There’s more to come.

I still believe Donald Trump suffers from narcissistic personality disorder. It is the only thing that explains all his otherwise inexplicable excesses and keen ability to manipulate others. As someone who married someone with a personality disorder, I fear for the very survival of my country. Please do not consider this an endorsement of Hillary. I do not believe she is honest. So what to do. I remain undecided.

I'm not concerned about spellcheck and the article not being an academic comparison and contrast to Hillary. I guess it's being a NYér that I completely got Trumps remarks about Mr. McCain not being a hero because he was captured. Being captured does not make a person a hero. He may have done some other things that were heroic and certainly has done his best to do good things in a life that was a huge challenge. Trump took that opportunity to blast the way people are using the idea of being heroic to tag just about anything that means we suffer. I agree with him. Being captured is not heroic. Trump seems harsh when he says to effect---he got captured that makes him a loser---yeah that's right---he lost that one---he got captured. He didn't win. That makes perfect sense to me. I wish he didn't use that as a dig at Mc Cain though. He is game playing there and that was a strike. Mitt Romney also plays hardball and so does Harry Reid. What Mitt did to Trump is inexcusable. Ive lost a lot of respect for Mitt and it dashed his credibility in my eyes. I think Mr. Trump will lead the Country from a perspective that needs trying. We need this before the Socialists prove to us a unite order type of thing will never work except as authorized under proper Priesthood with the Lord at its head.