Is Attitude Actually the First Lesson in the Book of Mormon? | Meridian Magazine 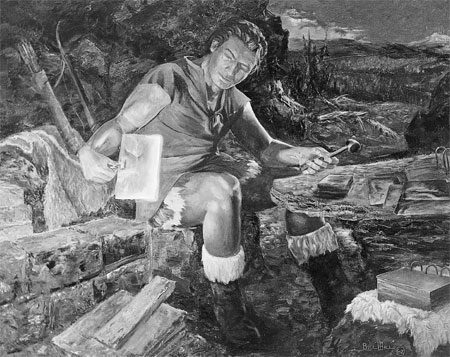 Is Attitude Actually the First Lesson in the Book of Mormon?

I have a confession: Sometimes I skim that first page of the Book of Mormon. Probably the most-read page of scripture for most Latter-day Saints, it’s where we start over and over. And if we slack off on our reading, we usually begin again at the beginning.

So when I finish Moroni and undertake another reading, there I am again back at 600 B.C. And I know just what Nephi is going to say, to introduce himself and verify that he’s made this true record by his own hand, before he launches into Lehi’s vision.

But I recently decided to stop skimming and actually take some time on the very first verse. Just Chapter One, Verse One. Nephi tells us he was born of goodly parents, and taught in their ways. Then he says, “having seen many afflictions in the course of my days, nevertheless, having been highly favored of the Lord in all my days; yea having had a great knowledge of the goodness and the mysteries of God, therefore I make a record…”

I usually picture him as a youth, because he’s describing himself as a boy, and I’ve even imagined him keeping a sort of journal as he went along. But this is not the case. He is looking back and writing this at the very end of his life. And what a life he’s had, right? Let’s just make a partial list of a few of the tribulations Nephi had, before he wrote this record:

If we had experienced even half of these atrocities, and then decided to introduce ourselves, how many of us would leave it at “having seen many afflictions in the course of my days”? I dare say many of us would describe, in lurid detail, the many attempts on our life. We might say, “despite the countless evil and murderous plots of my brothers,” or perhaps “with unspeakable opposition and anguish at every turn…” But instead, Nephi glosses over the violence and constant bullying, the ceaseless ridicule, and says in the very next breath how he has been favored of the Lord all the days of his life. And he mentions great knowledge of the goodness and the mysteries of God.

Imagine if Laman or Lemuel were to narrate this record. We’d hear nothing but complaints, sarcasm, and derision. We’d get an earful about the difficulties of traveling through the wilderness, not to mention the unthinkable gall of a younger brother trying to school them. We’d hear criticism of Lehi, fury over leaving their riches behind, and scoffing about Jerusalem’s supposed destruction. They’d sneer at being led to a promised land, and probably omit every spiritual moment and heavenly visitation.

What makes the difference is attitude. Nephi’s attitude is one of faithfulness, obedience, and love of God. Despite every obstacle, he persevered. Even though we later learn details of his afflictions, Nephi doesn’t whine or moan “why me?” He even expresses love for his enemies, and is heartbroken when they won’t turn to the Lord. As he gives us the details of their sojourn, he touches lightly upon the hideous treatment given him by his ruthless brothers, but glories in the ethereal wonder of his visions, and the beautiful lessons taught him.

And there it is, right in the first verse of Chapter One, a lesson in attitude. Yes, there were negative times. “Nevertheless,” Nephi says. How often, when the slings and arrows of life get us down, do we say, “Nevertheless,” and count our blessings? I wonder if it might not be a good idea to post NEVERTHELESS on the walls of our homes, as a reminder to refocus on the goodness of God, not the self-pitying we could all call upon.

If anyone had cause to grumble, it was Nephi. Yet he stood stalwart and faithful, enduring valiantly to the very end. What a treasure awaits us in the Book of Mormon, when even the very first verse contains the secret to a happy life.

This is really reading between the lines, and great job bringing this to my (our) attention. I've often wanted a good lesson/example on attitude and now I have it. Thanks. I believe there are many more instances in the Book of Mormon where we can pause and let the spirit guide our understanding of what's "between the lines" so to speak. We know that the plates were precious and few so the writing was somewhat abridged. Haven't you, at times, wondered what led up to certain happenings covered in the BofM?