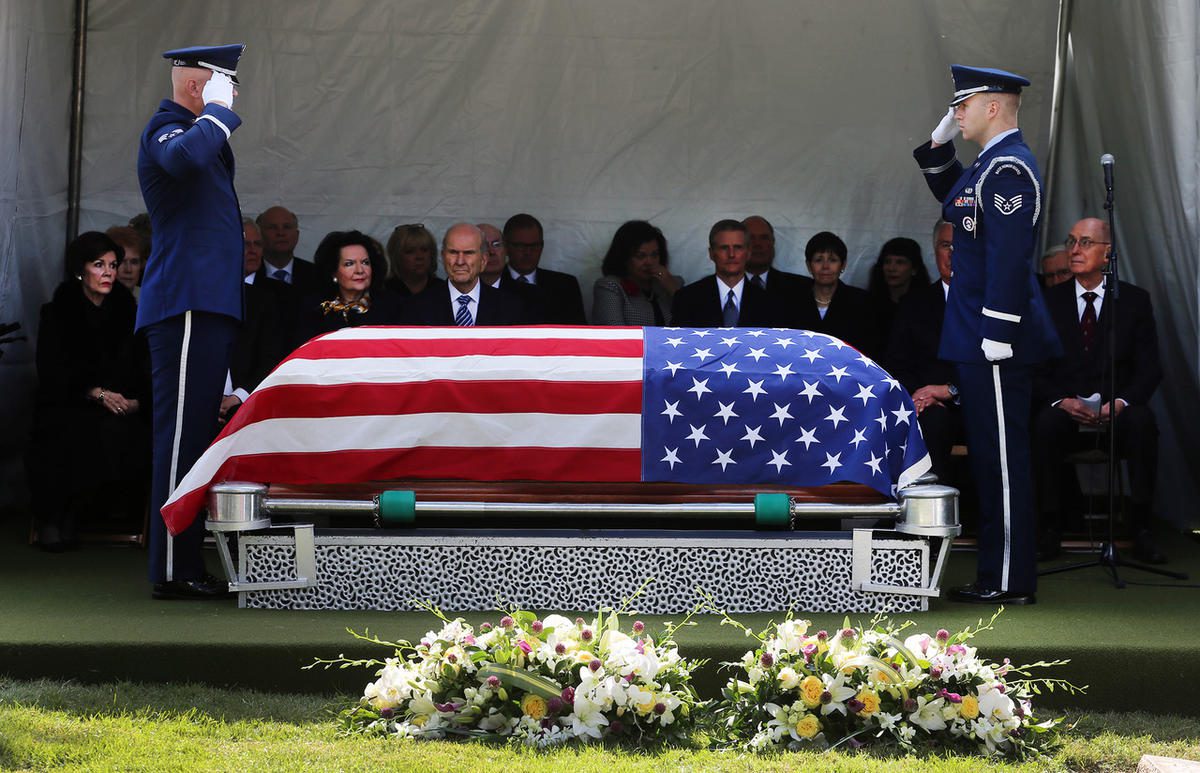 Friends among his fellow apostles of the LDS Church said goodbye Friday to their “dear friend and beloved brother,” Elder Robert D. Hales, at his funeral at the Tabernacle on Temple Square.

“With the courage of a jet pilot, the tenacity of a champion athlete, the humility and devotion of a disciple of the Lord, Elder Hales has completed his life’s mission in a most exemplary way,” said President Russell M. Nelson, president of the Quorum of the Twelve Apostles of The Church of Jesus Christ of Latter-day Saints.

“He has passed the tests of mortality and returned home with highest honors.”

Elder Hales died Sunday of causes incident to age between sessions of the church’s international general conference. He was 85. Elder Hales had served 42 years as a general authority of the church — 23 as an apostle, nine as the church’s presiding bishop and 10 as an assistant to the Twelve or member of the First Quorum of Seventy.

Speakers described him as a dedicated, valiant and loyal friend and apostle, despite more than a quarter century of health challenges.

My wife and I attended the Cambridge Ward back in the mid-60s. Elder Hales was in the Stake Presidency at the time.