“I became aware of the most powerful, radiant, brilliant white light.” | Meridian Magazine 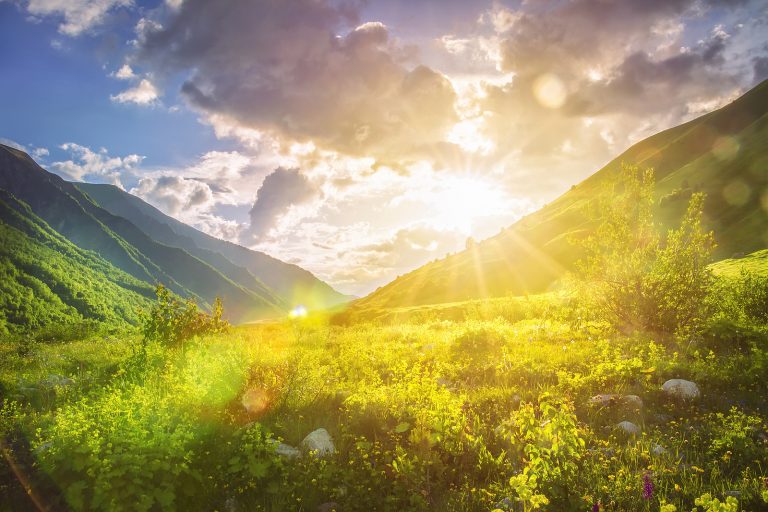 “I became aware of the most powerful, radiant, brilliant white light.”

In their book Glimpses Beyond Death’s Door: Gospel Insights into Near-Death Experiences (Orem: Granite Publishing, 2005), Brent L. Top and Wendy L. Top cite the case of a man who had a near-death experience when he was the victim of an attempted murder:

I became aware of the most powerful, radiant, brilliant white light.  It totally absorbed my consciousness.  It shone through this glorious scene like the sun rising on the horizon through a veil which had suddenly opened.  This magnificent light seemed to be pouring through a brilliant crystal.  It seemed to radiate from the very center of the consciousness I was in and to shine out in every direction through the infinite expanses of the universe.  I became aware that it was part of all living things and that at the same time all living things were part of it.  I knew it was omnipotent, that it represented infinite divine love.  It was as if my heart wanted to leap out of my body towards it.  It was almost as though I had met my Maker.  Even though the light seemed thousands and thousands of times stronger than the brightest sunlight, it did not bother my eyes.  My only desire was to have more and more of it and to bathe in it forever.  (quoted from Heading Toward Omega, 66)

Carol Zaleski writes that “the light radiates wisdom and compassion; it floods the mind, expanding awareness until one seems to comprehend everything in a single gaze.”  She then shares the account of a woman who returned to life after she had “nearly died” in childbirth:

It was a dynamic light, not like a spotlight.  It was an incredible energy — a light you wouldn’t believe.  I almost floated in it.  It was feeding my consciousness feelings of unconditional love, complete safety, and complete, total perfection.  It just powed into you.  My consciousness was going out and getting larger and and taking in more; I expanded and more and more came in.  It was such rapture, such bliss.  And then, and then, a piece of knowledge came in: it was that I was immortal, indestructible.  I cannot be hurt, cannot be lost.  We don’t have anything to worry about.  And that the world is perfect; everything that happens is part of a perfect plan.  I don’t understand this part now, but I still know it’s true.  (quoted from Otherworld Journeys, 124-125)

Charles P. Flynn, who wrote a book about the remarkable transformations that occur in those who have had near-death experiences, said that “NDErs refer to the Light as total love and total knowledge.”  He then cited this fairly typical assessment by someone who had “died” and experienced an encounter with “the light”:

Feeling myself enveloped in that love, feeling myself surrounded with the knowledge that came off of it, I felt like I knew the secrets of everything from the very beginning of time to infinity, and I realized that there was no end.  I realized that we are but a very small part of something that’s gigantic, but as people we interlock into each other’s lives like puzzle pieces, and that we are just an infinitely small part of the universe.  But we’re also very special.  (quoted from After the Beyond, 12)

Reading those accounts above, I was forcibly reminded of such scriptural passages as Doctrine and Covenants 88:11-13 and John 1:4-5, 9:

And the light which shineth, which giveth you light, is through him who enlighteneth your eyes, which is the same light that quickeneth your understandings; which light proceedeth forth from the presence of God to fill the immensity of space—the light which is in all things, which giveth life to all things, which is the law by which all things are governed, even the power of God who sitteth upon his throne, who is in the bosom of eternity, who is in the midst of all things.

In him was life; and the life was the light of men.  And the light shineth in darkness; and the darkness comprehended it not. . . .  That was the true Light, which lighteth every man that cometh into the world.

What a beautiful article! And cobbled together from different experiences of people who have gone beyond the veil and come back. And how it melds with the Doctrine and Covenants and the gospel of Jesus Christ, truly wonderful!!

I loved this article! We all know we will leave this world one day and the prospect can be intimidating. It’s good to be reminded of that world of light from whence we came. “Trailing clouds of glory...” is my favorite vision of entering the next world.