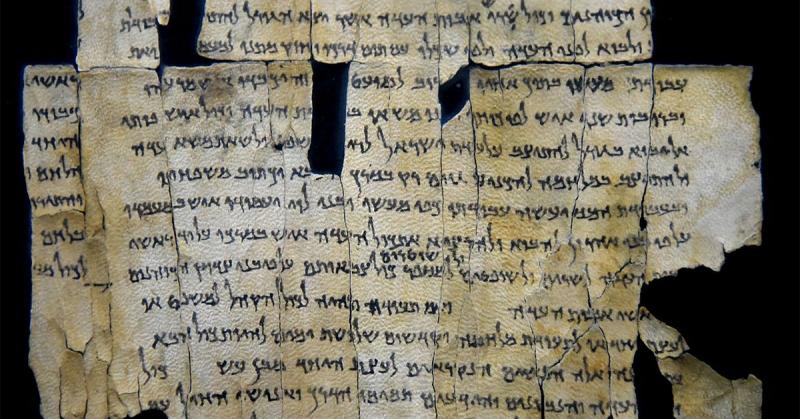 For people who know and love the Book of Mormon, parts of the book of Hebrews in the New Testament may seem vaguely familiar. One such passage is found in Hebrews 11:1–34, which gives a list of many people in the Old Testament and all that they were able to do “by faith” while affirming that “faith is the substance of things hoped for, the evidence of things not seen.” This is similar to Ether 12:6–22, in which Moroni lists many Nephites and Jaredites who did great things “by faith,” declaring that “faith is things which are hoped for and not seen” (Ether 12:6).

Although it is difficult to always know why such similarities appear between the New Testament and the Book of Mormon, in the case of Hebrews the answer is somewhat clearer. Similarities between Hebrews and the Dead Sea Scrolls suggest that Hebrews draws on a version of the Old Testament that may have been on the Plates of Brass but has now been lost to history.

After contemplating a variety of different explanations for these six quotations, he concluded that Hebrews was quoting a lost Greek version of the Old Testament that was based on Hebrew manuscripts of the Old Testament that have also been lost.6 This might seem a little bit far-fetched at first, but thanks to the Dead Sea Scrolls, we know that things like this do indeed happen sometimes. One good example of this is Deuteronomy 32 in which the Greek version is significantly different than the Hebrew version.7 People simply assumed for many years that the Greek version was in error, until the antiquity of this Greek version was verified with the discovery of a fragment of this chapter of Deuteronomy in the Dead Sea Scrolls. This fragment of Deuteronomy 32, written in Hebrew, was the same as the Greek version of the text.8 Thus, in this case, the Greek translation seems to have preserved a different Hebrew version of the text, one that was lost until the middle of the 20th century. This example suggests that Hebrews could have been drawing on a Greek translation of the Hebrew scriptures that is no longer available.

Other texts from the Dead Sea Scrolls also suggest that Hebrews could have been drawing on other texts that are now lost to us. One Dead Sea Scroll manuscript called 4QFlorilegium brings together Psalm 2 and 2 Samuel 7:14, just as Hebrews 1:5 does.9 In addition, Melchizedek is thought of as being associated with the end of time in both 11QMelchizedek and in Hebrews 5–7.10 All of this evidence suggests that Hebrews was drawing on earlier material, material that the writers of the Dead Sea Scrolls also used.