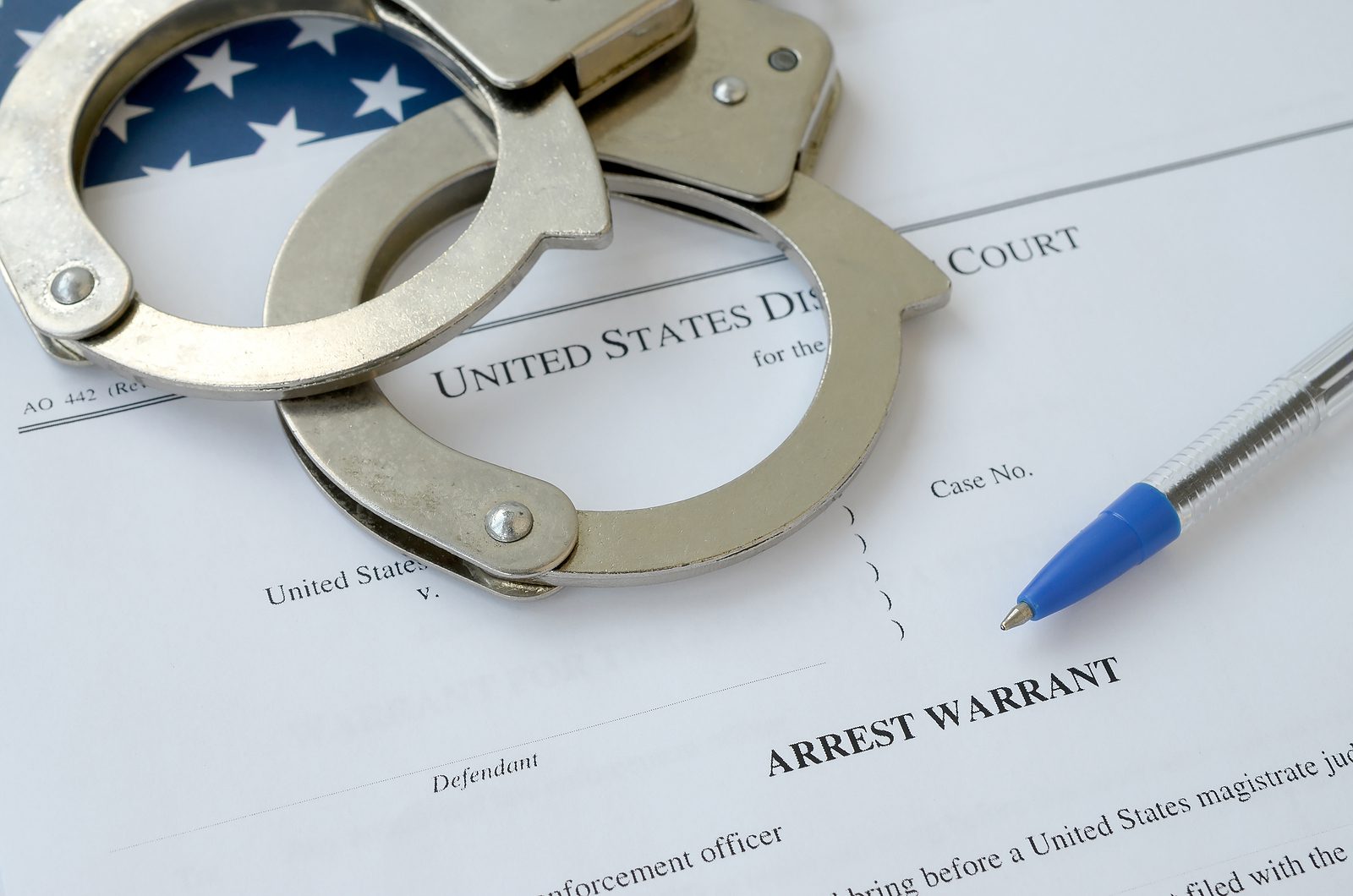 How Redefining Marriage Has Undermined the Rights and Wellbeing of Children

The following was contributed by Katy Faust.

A landmark custody dispute between same-sex parents is back in the news. In 2000, Lisa Miller and Janet Jenkins entered a civil union. Wanting to start a family, Miller and Jenkins turned to sperm donation in 2002 to create a child. Miller became pregnant and gave birth to Isabella, but a year later, after Miller became a Christian, the two separated and in 2004 dissolved their civil union. A heated custody battle ensued, in which a judge awarded Jenkins visitation rights. After some of these visits, Isabella’s behavior began to concern Miller, and she refused to allow Jenkins to see her child. After a judge threatened to award full custody to Jenkins, Miller fled to Nicaragua with Isabella where the two lived in hiding for the next 12 years. In April 2020, Isabella turned 18 and was no longer subject to the court’s custody ruling, so last month, Miller returned to the US and is now in federal custody on charges of kidnapping.

That’s a basic outline of the case, but you will hear wildly different versions of the story depending on which news source you read. Pro-LGBT outlets view Jenkins as the victim whose child was “stolen” when Miller fled to Nicaragua. Christian outlets have painted Miller as the victim, whose determination to protect her child forced her to become a fugitive.

But the reality is, neither of these women is the victim. When adults get questions of marriage and parenthood wrong – which is what happens when two men or two women start families – children are the victims 100% of the time. Looking at the story from the perspective of the child, it’s clear that Isabella is the sole victim in this long-fought custody case.

Isabella‘s life began 18 years ago in a petri dish. Lisa‘s egg was fertilized with the sperm of an anonymous man, a man to whom Isabella has a natural right. Isabella was then transferred into Lisa‘s womb and she spent the first 9 1/2 months of her life bonding with Lisa, becoming familiar with her smell and her voice. It was Lisa‘s body Isabella longed for upon birth.  She neither knew nor cared that the state had given its seal of approval to Miller and Jenkin’s union. For Isabella, Jenkins was simply one stranger among 7 billion. Like all newborns, she wanted her birth mother and only her birth mother.

“Mothering” and “fathering” – children need both

Isabella was cared for by her biological mother and her mother’s partner for the first year of her life. Many argue that all children need is “love and safety” and that gender is irrelevant to parenting. What they may not know is that men and women interact so differently with their children, that many experts suggest that there’s no such thing as “parenting,” there’s only “mothering” and “fathering.”  And kids need both. Isabella had no father to teach her to distinguish between male and female faces at three months old like other infants, giving her early and critical insight into the two halves of humanity.  She had no dad to expand her vocabulary or safely teach her self-control and emotional regulation through rough and tumble play. There were no daddy-daughter dates to build up Isabella’s self-esteem in ways no woman can. A “second mom” cannot be the father every child craves, that every child has a right to and that every child needs.

Jenkins could not provide the other half of the biological identity that would help Isabella establish a stable identity. Many children created through sperm or egg donation fantasize about their missing mother or father as they grow.  Did Isabella wonder about the identity of her father? Some children of single moms ask themselves, “what is wrong with me that my father didn’t want to be part of my life?” Was Isabella one of them? We won’t know until Isabella shares her own story. What we do know is very few kids spend sleepless nights thinking about their mother’s ex. That’s because their mother’s ex-boyfriend, or their mother’s ex-girlfriend, do not impart to children something that only their mother and father can offer them – their biological identity.

Between the ages of two and seven, Isabella had sparse contact with Jenkins. Then, she and her mother fled to Nicaragua and spent the next 12 years evading authorities. If she were to Google her own name she would learn that Isabella Miller is the victim of a kidnapping. Today, Isabella is on her own. She doesn’t know her father, and likely never will. The only parent she’s ever known is about to spend many years in prison.  And according to the US legal system, she belongs to a woman with whom she has zero biological connection and probably only slightly more memory.

Will she return to the US? According to a statement released February 10, 2021, Isabella remains in Nicaragua of her own free will and is “happy, safe, healthy and… well cared for.” Further, she says she wants her name removed from a civil suit Jenkins filed to be reunited with Isabella, noting “all the attorneys who purport to represent me and my wishes are acting contrary to my wishes and desires and in (a) way to further a cause that is the exact opposite of what my desires and wishes as their client in fact are.”

Giving children the family they deserve

Children have a right to the love of their mother and father. We all have friends and family who identify as gay and lesbian, many of whom would make wonderful parents. The reality is that a lesbian can be a wonderful mother, but she can never be a father.  Similarly, a gay man can be a great dad, but he can never be a mom. Kids need and deserve both. And they suffer if they lose either. The studies tell us that no other family structure advantages children like being raised by their own married mother and father. Thus, that relationship alone deserves special recognition.

Children pay a heavy price when society fails to acknowledge the harm that results from stepping outside the natural order of male and female joining to create new life within the bond of lifelong commitment. The goodness of that natural order is reflected in history, cultural tradition, and the marital doctrine of various faiths, from Catholic to Protestant, Islamic to the Church of Jesus Christ of Latter-day Saints.

The past decade has upended that natural order, through the redefinition of marriage and the radical expansion of parenthood through reproductive technologies, all in the name of “progress.” But for children, making mothers and fathers optional in marriage and family formation and ripping holes in their sense of self through the use of sperm/egg donation isn’t progressive, it’s regressive. Both “advancements” deprive children of the biological identity they crave, the male and female love they need to thrive, and a parent to whom they have a natural right, and both will create more victims like Isabella Miller.

Katy Faust is the founder and director of the children’s rights organization Them Before Us and author of the new book “Them Before Us: Why We Need a Global Children’s Rights Movement.” She is married and the mother of four children, the youngest of whom is adopted from China. You can follow her on Twitter @Advo_Katy.

This article shows one aspect of the times we are living. However, a very important one is missing, i.e the preparation for marriage. It has been said that one of every two marriages end in divorce, but this is not true, when the preparation for marriage is in the family since the very beginning of life for those to be married. When this happened the divorce is seldom the result. Not only that, the lives of those children born of that "perfect" marriage are completely different than those coming either from divorced "fathers" "mothers" or "couples". In turn these children for sure will have a greater chance to have themselves happy marriages with happy children.So Families are the important aspect that must be stressed since the birth of all of us.

While this article brings up some important points, let’s not lose sight of the more influential picture, stated by renowned family advocates Linda and Richard Eyre in the Deseret News 7/28/2015: “The percentage of the U.S. population that is gay at between 2 and 4 percent. Meanwhile, among the 96 to 98 percent of heterosexuals, most seem to be devaluing or completely disregarding the value of marriage…less than half of cohabiting relationships last five or more years, and the divorce rates of women who cohabit are nearly 80 percent higher than for those who do not… The largest threat to our society and to our economy is not the way people define marriage, but how enthusiastically and committedly they participate in it. Sadly, and particularly among the millennial generation, fewer and fewer get married while more and more choose the lower-commitment option of cohabitation. And that huge threat it is being largely obscured and ignored because of the debate over same-sex marriage. …People vigorously fighting same-sex marriage but doing little or nothing to advocate or promote traditional marriage are like a defense with no offense. But whatever our personal position, each of us should ask the question of what we should be most concerned about — the emergence of same-sex marriage or the disappearance of traditional marriage.” http://deseretnews.com/article/865633013/What-defenders-of-traditional-marriage-may-be-forgetting.html