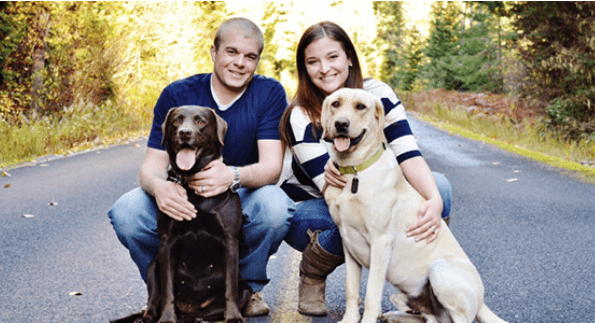 How Lightning Strike Survivor and Latter-day Saint Defied the Odds, Relied on Faith for Recovery

Lightning doesn’t cross A.J. Edwards’s mind when he wakes each morning. He doesn’t step outside and scan the skies for storm clouds. He’s not even rattled by sudden claps of thunder.

“I can go a long time without even thinking about lightning,” he said.

But don’t be mistaken—lightning has shaped, defined, and refined much of Edwards’s life over the past two decades.

On September 30, 1998, 12-year-old A.J. and his Little League football team in Inkom, Idaho, were on the field scrimmaging. Seemingly out of nowhere, a bolt of lightning struck A.J., knocking him unconscious and near death.

A pair of Latter-day Saints who were both trained emergency medical technicians rushed to the fallen player and began performing CPR.

Elder Jeffrey R. Holland of the Quorum of the Twelve Apostles recounted that desperate but faith-filled moment in his October 2000 general conference address:

“As Bryce Reynolds closed that brief but fervent blessing offered in the language of an 18-year-old, A.J. Edwards drew his first renewed breath” (“Sanctify Yourselves”).