How a virtual FSY in the Caribbean planned 1 year ago strengthened 3,000 youth during the pandemic | Meridian Magazine 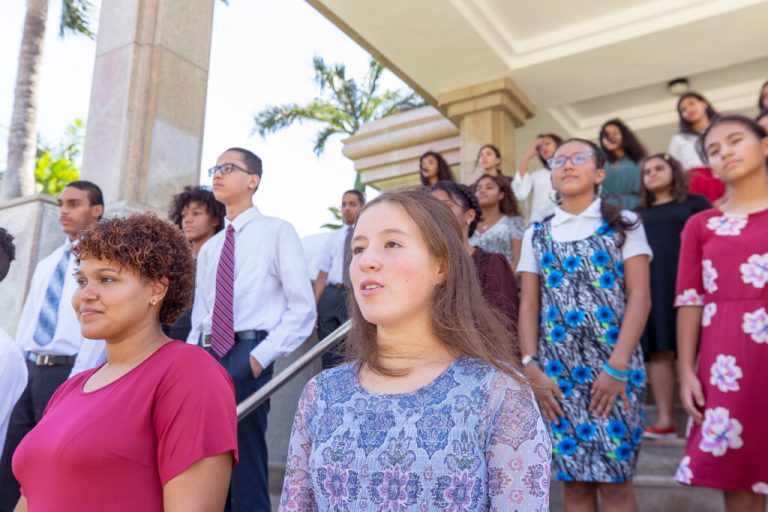 How a virtual FSY in the Caribbean planned 1 year ago strengthened 3,000 youth during the pandemic

For Jennifer Fortuné, a 17-year-old in Haiti, last week’s virtual For the Strength of Youth conference in the Caribbean was a testament of the Lord’s love during a time of hardship and isolation amid the COVID-19 pandemic.

“This taught me the Lord did not forget us,” said Fortuné, who lives in the St Marc Branch, Saint Marc Haiti District. “He inspired leaders to find a way to communicate with us because He knew we were in great need of this conference.”

Widely dispersed across 27 countries and territories, more than 3,000 youth in the Caribbean participated in a virtual FSY conference June 22-26.

Elder Renlund, who visited the Caribbean Area in February and gave the concluding devotional address on Friday evening, said the FSY conference was a timely blessing for the youth — many of whom are in small units and are first-generation members and have felt even more isolated during the pandemic.

“If we had done this the way we typically do FSYs, there is no way at all that they would have heard from five General Authorities and their wives, two general officers and their spouses, and four Area Seventies and their wives,” Elder Renlund said. “This is better, in some ways, than had they come together.”