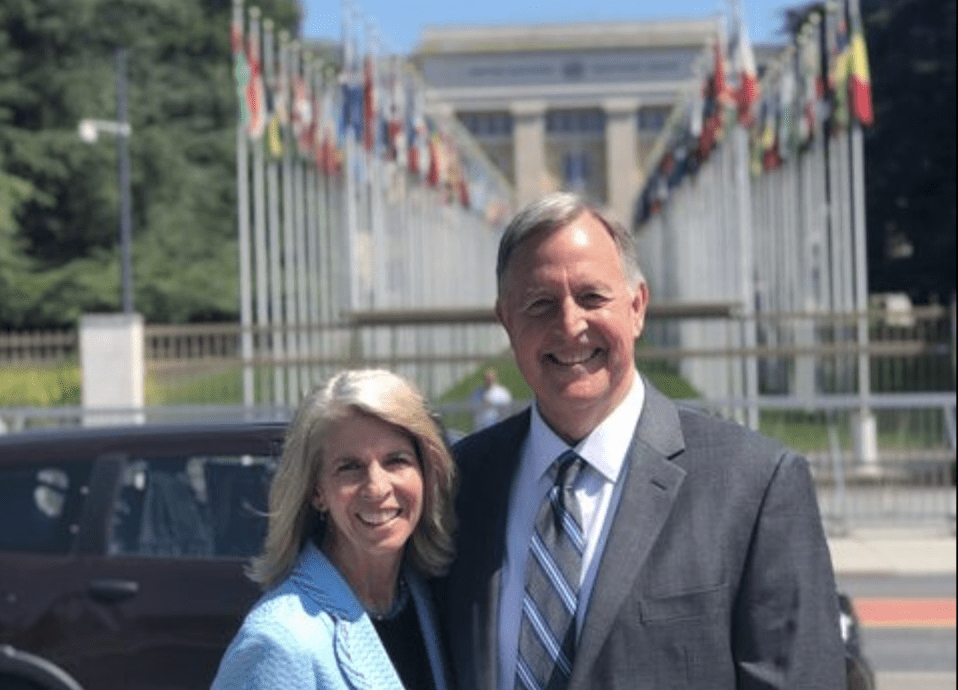 As a member of the Young Women general presidency, Sister Carol F. McConkie taught women and girls worldwide of their divine heritage, worth and potential and the importance of standing together in the cause of Christ.

“May we choose to serve a righteous cause as valiant emissaries of our Lord Jesus Christ,” she declared during the October 2015 general women’s session.

In April 2019, Sister McConkie and her husband, Elder Oscar W. McConkie III, were called to serve as government affairs missionaries for the Church at the United Nations in Geneva, Switzerland — where Sister McConkie has continued to serve women and girls in her cause as an emissary of the Savior.

Sister McConkie was recently elected vice president of the NGO Committee on the Status of Women, Geneva. This nongovernmental organization committee, which has consultative status with the U.N. Economic and Social Council, promotes gender equality and the empowerment and defense of the rights of women and girls worldwide.

“It has been an absolute privilege to try to represent the Savior as I participate and interact with others,” Sister McConkie said.

“I have always known intellectually that we are beloved sons and daughters of our Heavenly Father, and that He loves us. But I really know that now.”

NGO Committee on the Status of Women, Geneva

Since their call as government affairs missionaries at the United Nations, Elder and Sister McConkie have worked to build bridges with diplomats and nongovernmental organization committees. Though they returned to Salt Lake City in March 2020 due to COVID-19 precautions, they have continued to serve from home.

One of the committees Sister McConkie joined was the NGO Committee on the Status of Women, Geneva, which includes representatives from various organizations working together for the defense of women’s rights — “in other words, to be able to enjoy some of the privileges of food security, clean water, the opportunity to work and to make a living, to get an education,” Sister McConkie said. “So many women in the world simply do not have those privileges.”