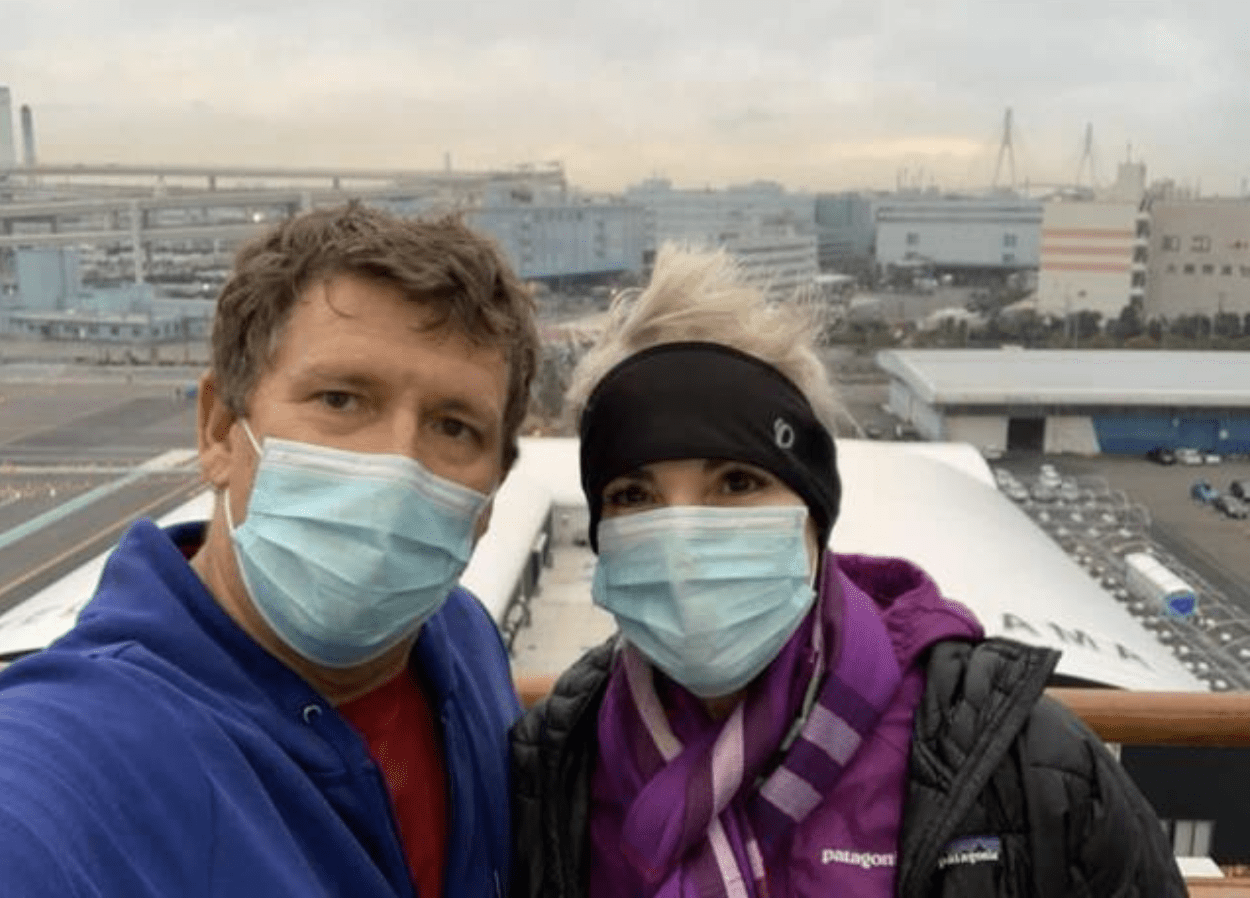 The Diamond Princess cruise ship was instructed by the Japanese to anchor at Yokohama Bay, and temperature tests on passengers began. If a guest was running a little warm, he or she received a throat swab test for the virus.

At first, just 10 people tested positive. But the numbers started climbing: 42, 64 . . . within 24 hours, the passengers were quarantined to their cabins. But the Jorgensens considered themselves fortunate—they had a mini-suite with a balcony connected to the cabin of friends they had been traveling with, so they were able to go out and enjoy some fresh air.

The virus certainly was spreading fast on the Diamond Princess. Since Mark had previously had two kidney transplants, he was considered to be at higher risk than most and received a test early on. Since his wife Jerri was nearby, she received one as well. To their surprise, it was Jerri who tested positive. When they found out the news, she had just enough time to grab a small bag and a change of clothes before she was whisked away in an ambulance to a hospital in Fukushima, Japan.

Mark didn’t think much of the separation at first, assuming it would only be a day or two until he would next see his wife. He felt no flood of emotions or panic at the time.