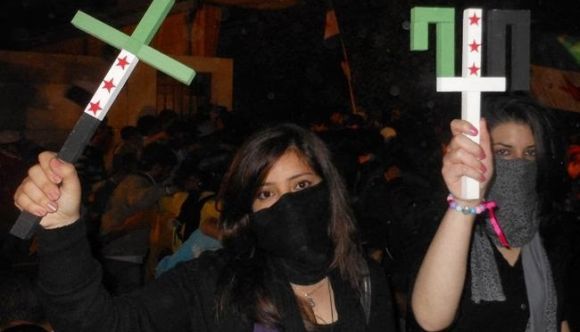 The House Foreign Affairs Committee passed a bipartisan resolution Wednesday declaring that atrocities perpetrated by the Islamic State of Iraq and Syria (ISIS/ISIL) “against Christians, Yezidis, and other religious and ethnic minorities in Iraq and Syria constitute war crimes, crimes against humanity, and genocide.”

The passage by unanimous consent of the resolution comes two weeks before a deadline for Secretary of State John Kerry to state the administration’s stance on the matter, as required by the omnibus spending bill passed last December.

Kerry has until March 17 to declare whether “the persecution of, including attacks against, Christians and people of other religions in the Middle East by violent Islamic extremists” constitutes genocide.

The resolution passed Wednesday, as amended, expresses the sense of Congress that “all governments, including the United States … should call ISIL atrocities by their rightful names: war crimes, crimes against humanity, and genocide.”