Having the Faith to be Planted | Meridian Magazine 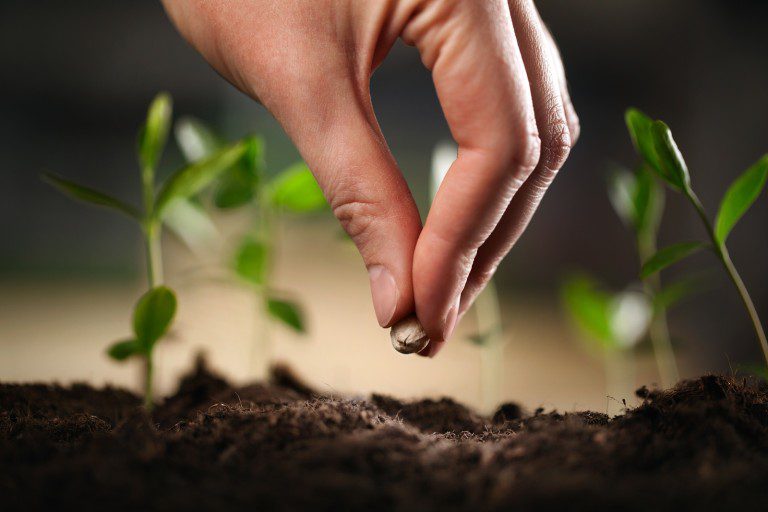 Having the Faith to be Planted

There were several really strong talks from this session, but I found Sister Addie Fuhriman’s the most captivating. Sister Fuhriman’s raw and personal language immediately demanded my attention, both on its own merit and because it’s so different from what I’m used to reading in General Conference talks. Her talk centered on the theme of faith, hope, and charity, and she framed each one in pain and loss.

Difficult. Overwhelming. Incapacitating. Sister Fuhriman races through an escalation from routine hardship to something far more acute. The pain is clearly visible beneath the transparently plain language, as when Sister Fuhriman says that “It seems impossible at times to give my heart to someone when there isn’t someone who has made the same commitment to me.” This unique talk stands in stark contrast to the ruthless optimism that pervades most of what we hear in General Conference.

As members of the Church of Jesus Christ of Latter-day Saints, we have a set of expectations for ourselves and for our lives, but no one lives a life that perfectly hits every expectation. All of us must deal with failed expectations.

But not all expectations are equally clear or strong. A marriage that is not sealed in the temple and a life with no marriage at all do not miss the expectation by the same degree. Both can cause heartache, but not in equal amount.

And so it seems almost banal to generalize Sister Fuhriman’s talk to be about the universal struggle of bridging the gaps between the messy particulars of individual lives and the flawless uniformity of expectations. Yes, the talk is about that, but It’s about more than that, too.

It is a testimony to discipleship. “Disciple” and “discipline” have the same etymological origin. Although the root of the word is just “learn”, the austere connotations of the word “discipline” derive from the fact that learning always renders us vulnerable and, to at least some degree, uncomfortable. To learn is to first admit to ignorance, mistake, and want on our part. This is the same regardless of whether the thing we’re trying to learn is math, a foreign language, or God’s will. In all of these cases, we place the world we know on an altar before we know what we will receive in exchange for it.

I still remember the raw anger I felt when I struggled to learn Hungarian in a small missionary in Debrecen in January 2001. I complained about conjugations that seemed absurdly complex and about the way prefixes, suffixes, and even infixes all conspired to warp and shift the words I tried to wrangle so that nothing ever seemed to stay still long enough to understand. I vented at the language, but the real problem was my own feeling of impotence. The Hungarian language didn’t care what made sense to me. As long as I rebelled and insisted that my own, myopic experience should dominate I got nothing for my troubles but migraine headaches. First I had to let go. Then, slowly, I began to understand.

The experience was difficult. At times, I felt it was overwhelming. It was never incapacitating. What I experienced pales in comparison to what Sister Fuhriman described. And so the point of the talk is not just a general one about grappling with the mismatch between our expectations and our lives, although it is that as well.

It is also, at least for me, the very specific story of just how far one person, Sister Fuhriman, was willing to go in her own life to wrestle with her own pain. In that sense it’s not a lesson, but rather a challenge. As much pain as Sister Fuhriman found in the collision between sacred expectation and profane disappointment, she never let go. She held on because she believed.

“It takes faith to plant,” she said. “And to be planted.” Thus, “the faith to adapt and grow in places where we are planted or have planted becomes critical.”

I was surprised to see the term "ruthless optimism" used to describe general conference talks. I never thought of it that way. I have always thought of it as directional optimism and comforting optimism. I think poor choice of a word in ruthless.