Have You Ever Said Something You Regret? | Meridian Magazine 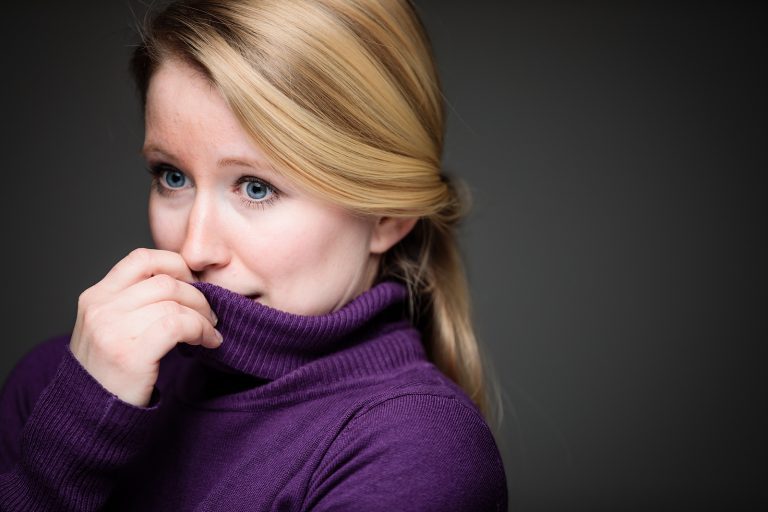 Have You Ever Said Something You Regret?

I was the Relief Society President and we had just served a meal in the Cultural Hall, to family members following a beautiful funeral service.  A wonderful, elderly woman in our ward had passed away, and here were about 60 of her close friends and family, looking for comfort and solace.  Someone plugged in a microphone and invited anyone who wished, to share a memory or a thought.

Several people shared touching stories. And then I took the mike. “I just loved her to death,” I said. I know, I know, I know. Terrible choice of words. Open mouth, insert foot.

Normally, one bolts out of the room in a situation like this. But I couldn’t leave; we were in charge of serving and cleanup!  So, red-faced and agonizing, I had to stay. I think I cringed for two weeks. (This sort of thing is also why I write a humor blog.)

We’ve all had embarrassing moments when we wish we could retract our words. We’ve also said things that made someone else wither, accidentally or even on purpose. Cruel comments we remember making as children, stupid sarcastic things we thought were so clever in our teens, naïve and careless remarks in our twenties.  Does it ever stop?  Probably not, though with effort the incidents may become fewer.

Generally we’re so cloaked in our own embarrassment that we don’t always reach out to apologize. Or we feel too much time has gone by. Even if I had everyone’s phone number from the funeral, I doubt they even remember what I said. I’m probably the only one who still thinks of my mistake. And if they do remember, they’d likely wonder why it took me so many years to resolve it.

Now think of a comment that still stings, something someone said years ago that hurt your feelings. If that person called to apologize, wouldn’t you feel a rush of forgiveness and peace?  That person has been feeling ashamed for years, knew better, and now wants to make things right.

If we can set aside our pride and focus on the need to love each other and see one another as brothers and sisters, we know we’d react with generosity and friendship.

What if we decided to forgive people even before they apologize?  That’s the ideal—and to do it swiftly, even in the moment. One key is to keep an eternal perspective. So many things shrink in importance when we realize they’re just part of mortality and they won’t matter in the next life.

Another thing that helps us forgive is to realize we do it, too. We step on toes, we say the wrong thing. And if it was deliberate, all the more reason to figure out why we did that, take steps to become more compassionate, and fess up humbly to the person we’ve offended.  Once we’ve done all we can, we need to forgive ourselves, too. Don’t let your past mistakes thwart your growth today.

People often ask me when I’m going to have grandchildren. This is an amusing question, isn’t it? Unless I’m mistaken, it isn’t actually up to me. Now, I could take each of these comments as a knife in the heart, or I could just laugh it off and realize that what people are actually wishing for me, is happiness. They want me to have the same joy they do.  So looking at intent can often keep us from taking offense, too.

I think we can view many comments in this light. While it’s nobody’s business when you’re going to start a family/have a baby, remember they’re asking because they want you to experience the joy of children.

See the humor in some of these awkward comments. When I was substitute teaching in a local high school, someone asked me, with incredulity, if I had passed the C-BEST, an SAT-style test they have here in California, to certify teachers. “What?!” I gasped, “You have to pass a test?” The person began a flustered explanation of the test until they slowly realized I was teasing.

Sometimes it’s good to spot an unkind comment and simply let it hang in the air. Don’t inhale it. Don’t make it part of your identity. Just look at it and see the humanity of the person who felt they had to say that. You don’t have to own someone else’s thought.  You can even take solace in knowing (hoping?) you’d never say that to someone else.

Earth life is a clumsy Second Act. We’re here stumbling around just trying to figure things out and do our best. But we’re mortal and we blunder. The hidden lesson in those moments when the wrong thing is said, is that we need to give others the same latitude we’d like. It’s quite possible that the people who’ve hurt your feelings have regretted it ever since. And even if they haven’t, let’s assume they have!  Life is more pleasant when we imagine the positive rather than the negative.

Last, let’s deliberately speak kind words. Paul told the Ephesians to “…let no corrupt communication proceed out of your mouth, but that which is good…” (Eph. 4:29) And James had a good deal to say about bridling one’s tongue, including “If any man offend not in word, the same is a perfect man, and able also to bridle the whole body.” (James 3:2).

So let’s fill other people’s hearts with hope. Let’s express love and encouragement, instead of correction or analysis. President Thomas S. Monson said, “Perhaps you will forget tomorrow the kind words you say today, but the recipient will remember them for a lifetime.”

I agree with you 100%! Also, we can choose NOT to take offense as easily as we can CHOOSE to take offense. Here’s another challenge...when I’ve tried to apologize for giving offense, yet the other person does not accept—or even acknowledge—my apology. Over the years, when this happens (which fortunately isn’t too often) I’ve learned to find my peace in the Atonement of Jesus Christ. These types of situations used to eat away at me. Then, one day, I realized it was my own lack of faith in our Savior’s Atonement that was keeping me from finding “...the peace which passeth understanding....” K. Chin, Modesto, CA

Joni--we have ALL done it--many times not even realizing until the words are out of our mouths how inappropriate they were. I agree we need to lighten up and forgive one another. HOWEVER, you brought up one comment that needs to be nipped in the bud among church members. Members of the church should NEVER, and I mean NEVER, ask someone when they are going to start a family. This is an extremely personal question and is sometimes asked in a manner that suggests the people are really failing or sinning because they don't have children yet! This needs to be unacceptable, and if that means replying with, "Oh, my! Why would you ask me that?! That is an extremely personal question." Sometimes people DO need to be corrected.