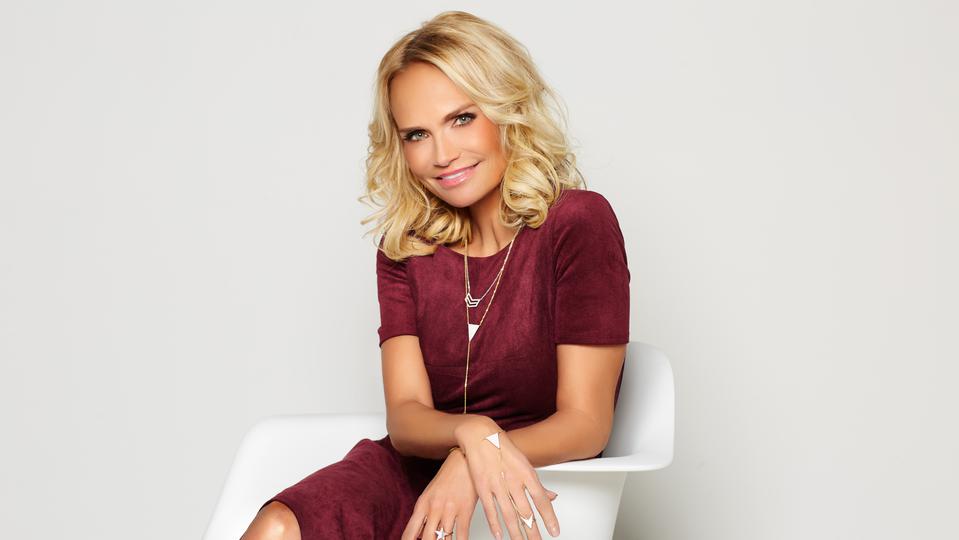 Kristin Chenoweth will be the featured guest artist and narrator at this year’s Christmas concerts by The Tabernacle Choir at Temple Square in Salt Lake City. The Emmy and Tony Award-winning actress and singer will perform with the choir, Orchestra at Temple Square and Bells on Temple Square on December 13, 14 and 15, 2018, in the Conference Center.

“Kristin Chenoweth is larger than life; I just hope the Conference Center can contain her performance,” said Ron Jarrett, president of the Tabernacle Choir. “We have a very special concert planned to showcase her tour de force talents, which will ring in the Christmas spirit in an unforgettable way.”

Complimentary tickets for the annual event will be available on Saturday, October 20, at 10:00 a.m. mountain daylight time at lds.org/events, where patrons will be able to request up to four tickets. Patrons will need a “My LDS Tickets” username and password, which they are strongly encouraged to obtain in advance of the Saturday’s ticket availability. Tickets will not be available by phone or in person.

Mack Wilberg, music director of the choir, and Ryan Murphy, associate music director, will direct the music for the holiday performances, which feature world-class music, dance, storytelling and visual effects.

“Kristin Chenoweth will be among the most versatile voices to grace the conference hall stage,” said Wilberg. “Just like the choir and orchestra, she is comfortable in a variety of styles, and we are delighted she has accepted our invitation to perform with us.”

Over the course of three nights, the full-scale production is seen by a combined audience of over 60,000 in the Conference Center, in addition to millions more who will tune in to watch this holiday special on PBS and BYUtv in December 2019.

Chenoweth’s career spans stage, film, television and concerts. She won a 2009 Emmy Award for Best Supporting Actress in a Comedy Series for her role in “Pushing Daisies” and was nominated for two Emmy Awards and a People’s Choice Award for her role on the television show “Glee.” In 1999, she won a Tony Award for “You’re a Good Man, Charlie Brown” and was nominated for her original role of Glinda the Good Witch in “Wicked” in 2004. The Wicked cast album earned a 2005 Grammy Award. Other notable roles include appearances in “The West Wing,” Disney’s “Descendants” and “The Muppets.”

Chenoweth is a classically trained coloratura soprano with a master’s degree in opera performance from Oklahoma City University. As a soloist, she has performed to sold-out audiences across the world, including performances at Carnegie Hall and Royal Albert Hall.

Chenoweth released her first solo album, “Let Yourself Go,” in 2001. Her first album of American songbook classics, “The Art of Elegance” in 2016, debuted at no. 1 on Billboard’s Current Jazz and Traditional Jazz charts and no. 1 on Amazon’s Vocal Pop chart.

In her home state of Oklahoma, Chenoweth has formed a charity partnership with the Broken Arrow Performing Arts Center (BAPAC) Foundation. In partnership with the BAPAC, she launched an annual Broadway Bootcamp in 2015, providing young Broadway hopefuls with the opportunity to take classes, hold performances and learn from top mentors in the entertainment industry.

The Grammy and Emmy Award-winning Tabernacle Choir is made up of 360 men and women who are volunteers of The Church of Jesus Christ of Latter-day Saints. They are accompanied by the Orchestra at Temple Square, a 150-member symphony, and the Bells on Temple Square, a 32-member handbell choir, who are also volunteers.

The choir has appeared at 13 world’s fairs and expositions, performed at seven U.S. presidential inaugurals, and sung for numerous worldwide telecasts and special events — all the while broadcasting “Music and the Spoken Word,” the oldest continuing radio network broadcast, a weekly tradition now in its 90th year.