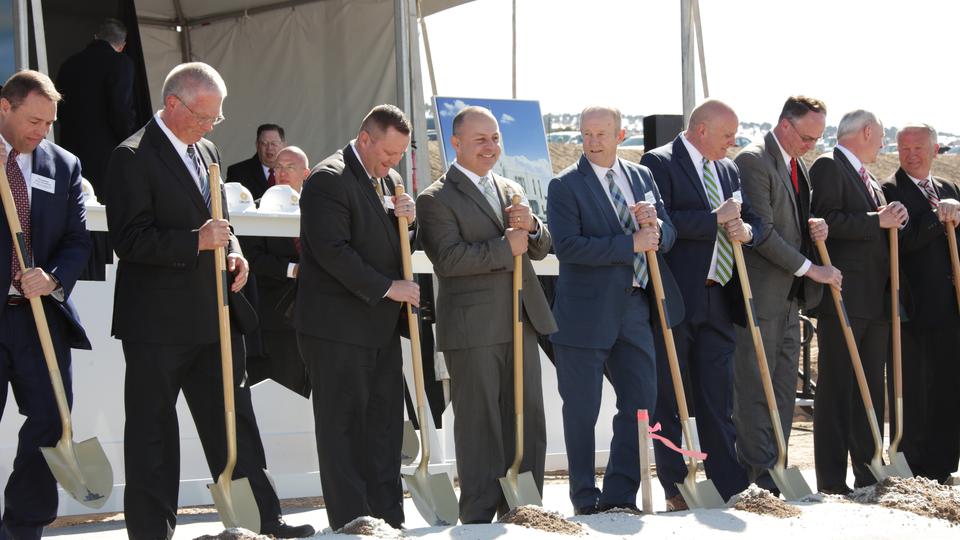 Leaders of The Church of Jesus Christ of Latter-day Saints joined with community and interfaith leaders in southeastern Idaho Saturday morning, March 16, 2019, for the official groundbreaking ceremony of the Pocatello Idaho Temple.

Elder Wilford W. Andersen of the Seventy presided at the ceremony and offered the dedicatory prayer at the temple site on the cool but sunny day on the Gate City’s east side.

“So many of our friends from other faiths joined us,” added Elder Nielsen. “This says volumes about this community being able to reach out to so many people and invite them to participate.”

Pastor Jacqualine Theresa Thomas of Praise Temple of God in Pocatello attended the groundbreaking. “I think [the temple] is going to bless [Latter-day Saints] and bless them immensely, and it will probably bring us even closer together.”

“We were asking for permission to build the mosque here, so this community will be there to help us,” said Mohammed Safdar of the Islamic Society of Southeast Idaho.

Music was provided by a local choir. Selections included “Let Zion in Her Beauty Rise” and “Redeemer of Israel.”

Attendance at this ceremony was by invitation only, and the general public viewed the proceedings live from local meetinghouses.

“We have been anticipating that someday there might be a temple in Pocatello,” said Karen Mead, a local Latter-day Saint.

The temple will be located east of Satterfield Drive and Butte Street in Pocatello in a new subdivision known as Crestview Estates – Division 2. Construction on the temple is expected to take between two and three years to complete.

An artist rendering of the temple features a three-story, 67,696-square-foot temple with a center spire. The temple will occupy a 12.77-acre site and will include views of the Snake River Plain.

Once completed, the temple will serve more than 64,000 Latter-day Saints from southeastern Idaho.

Earlier this month, Church representatives shared renderings at a neighborhood open house for those who live near the temple site.

The temple was first announced in April 2017 by Church President Thomas S. Monson.

The Pocatello Idaho Temple will be the Church’s sixth temple in the Gem State. The Church currently has 162 operating temples worldwide, with another 40 announced or under construction.

It was truly a magnificent and glorious day.