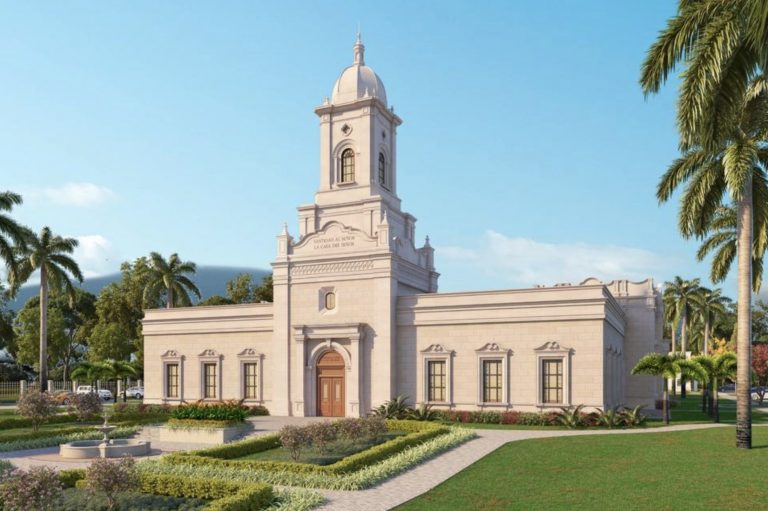 The First Presidency of The Church of Jesus Christ of Latter-day Saints has announced the groundbreaking date for the San Pedro Sula Honduras Temple.

A rendering has been released showing the planned design of the new temple.

The groundbreaking ceremony will be held on Saturday, September 5, 2020. Elder José Bernardo Hernandez Orellana, member of the Area Seventy, will preside at the event.

Attendance at the site is by invitation only.

Excited for those who live in Honduras. What a blessing to them. They will not have to travel as far as they had. So happy for San Pedro Sula!