Great Ideas on How to Argue Better. No Kidding | Meridian Magazine 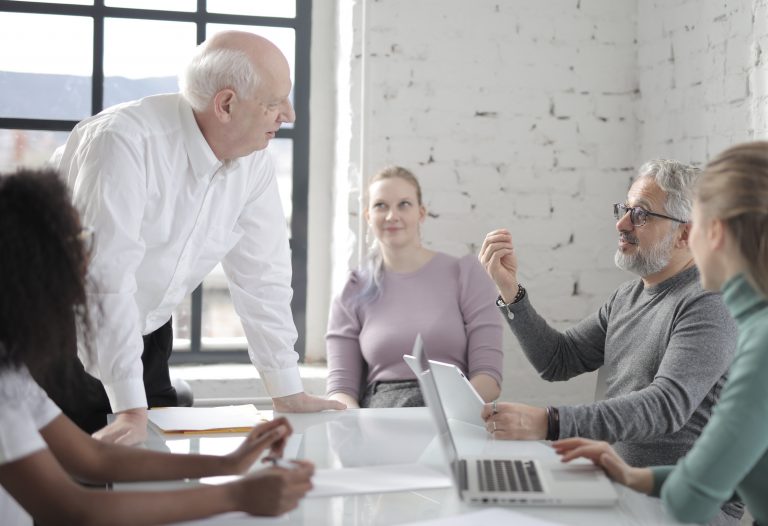 Great Ideas on How to Argue Better. No Kidding

Do you sometimes disagree with even your best friends? Of course you do. But you work through the issues, possibly even joking about the divergent viewpoints. Then you move on to another topic. No harm, no foul.

But what about disagreeing with someone who is not a best friend? Here’s where it can get tricky. And here’s where you might need the most help.

That’s where Buster Benson comes in. He’s the author of Why Are We Yelling? The Art of Productive Disagreement.

In the first part of my conversation with Buster (see ‘Well, Excu-u-use Me!’ Why Can’t We Just Get Along?) he discussed the role of disagreement in effective collaboration. Here he lays out the recipe for a “productive argument” and how to ask questions that invite surprising responses.

Rodger Dean Duncan: What are the ingredients of a “productive” argument?

Buster Benson: There is no single recipe that will work wonders for all disagreements. In fact, it’s the collaborative search for the right recipe right now, and new possibilities neither had previously considered, that can turn a stuck problem into a generator of new possibilities.

The first step on this path is to make sure you see the other side as worthy of collaboration, to see them as complex, flawed, and human-like ourselves. Like us, they’re a blend of good and not-so-good, and still in the process of developing the character needed to distinguish between healthy and unhealthy interactions. Finding ways to unlock that in each other is what makes the disagreement productive.

Duncan: A lot of talking heads on TV seem determined to demonize people with opposing viewpoints. How can we avoid that trap in our personal relationships?

Benson: We like simple narratives, and talking heads on TV have mastered the art of simplifying narratives so that things are extremely black and white. This art of simplifying narratives is a counter-productive voice because it reduces things in order to make them easier to digest at the cost of losing touch with the complex nature of reality. The antidote to this is to also develop an internal voice in ourselves that enriches and complicates the narrative with knowledge and wisdom that is more in touch with reality.

The good news is that we know how to do this in relationships, and family, quite well. When you’ve known someone a long time, you appreciate how they’re a blend of strengths and flaws. You’ve seen firsthand how they’ve changed over time to favor different strengths and struggle with certain flaws. If you had just met this person, you might be able to apply a simple narrative to them, but the act of building a relationship with them is the same act as complicating their narrative.

When you want to balance the simple narratives you hear, the antidote is to build a relationship directly with the person that is being demonized (within boundaries that consider your own safety of course). That’s the only way to get first-hand knowledge of their complexity, and learn to see them in the same way that you see yourself, as a complex blend of good and evil that is nonetheless worthy of caring for.

Duncan: You suggest asking questions that invite surprising answers. Please give an example of this, and explain how that practice helps produce “productive disagreement.”

Benson: How many times do we think, or say, something to the effect of “I can’t comprehend how person X believes that Y is a good idea.”

We can use this very frustrating and futile position as an opportunity to find out how they believe that. They are in fact the best person to talk to in order to understand how those very incomprehensible beliefs and positions are viable—even if you then still disagree with them.

I see every disagreement as an opportunity to at least understand how someone with a position that’s different from mine has grown to have that position. Half the time I learn that there are certain formative experiences that I didn’t have that make their position viable. And half the time I learn that I’ve misunderstood their position and that the one they do have is a lot easier to comprehend. In both cases, that feeling of not being able to comprehend how someone like them exists is able to dissolve a bit.

Duncan: What are some common threads in what you learned about productive disagreements in your work at Amazon, Twitter, and Slack?

Benson: When I talk about productive disagreement in the context of work and business, most people think I’m talking about having much longer conversations where everyone talks about their feelings, and every side is heard. What I’ve learned from my own experience at these companies is that the path toward productive disagreement can be as simple as saying, “Taking everything each of us knows and believes to be true, let’s each predict what would happen if we did proposal X? How about proposal Y?” Then, do either X or Y and see what happens, so that everyone can have a chance to learn from reality directly.

This is a humbling process, but it acknowledges the constraints we live in by keeping momentum moving forward while also training ourselves (whether we’re “right” or “wrong” initially) to be better at predicting the outcome of events. Leadership is almost always willing to entertain this kind of productive disagreement, and will also have a chance to learn from it.

“Argument skills” can help you get smarter and even improve relationships.

People who “argue better” can make the most productive teams.