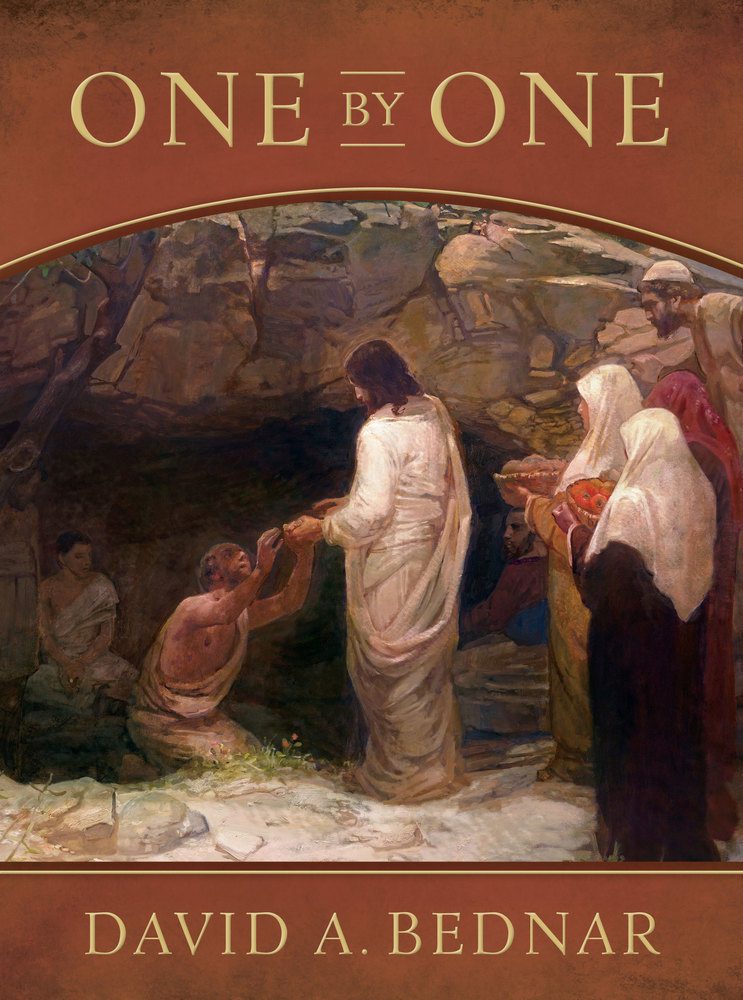 General Conference is quickly approaching and I have listed some outstanding books for families to enjoy. The first three books are inspirational books written by Church leaders and an Olympic champion. The first two are best for teens and adults. The rest are good for ages ten and up. The last two books are outstanding non-fiction books that will surely inspire you.

One by One, by David A. Bednar, is a compelling book directed at building a close relationship with Heavenly Father. By better understanding Christ’s ministry, we begin to understand His emphasis on each individual He encountered and taught. There are tremendous examples that Elder Bednar gives throughout the book showing Christ’s blessings, love and deep concern for all He encountered. The five chapters begin with “One by One and Spiritual Patterns” and ends with “One by One and the Tender Mercies of the Lord”.

Seek This Jesus, by Neill Marriott, reads like a comfortable friend discussing how to become closer to Christ and become His disciple. The author is from the Deep South and writes with a magnetic majesty that seems to wrap around your heart. She discusses her conversion to the Church as a young adult and how her life is continually growing in her knowledge of the gospel. In the introduction, she states “we begin our search of Him: going to pure scriptural sources, studying with an open heart and mind, and praying for understanding.” She begins every chapter with sound down-home advice. Sister Marriott is currently serving as a counselor to the Young Women’s General Presidency.

Choose to Matter: Being Courageously and Fabulous YOU, by Julie Foudy, is a snappy, upbeat and inspiring book by a two-time soccer Gold medalist and two-time World Cup Champion. She captivates the reader with a variety of highlighted quotes by using different colors throughout. The book is sectioned in five categories: Self, Team, School, Community and Life. In the “Self” section, she begins with the chapter: “Leadership is Personal Not Positional”. Maya Angelou’s quote begins this chapter with: “The area where we are the greatest is the area in which we inspire, encourage, and connect with another human being.” There is leadership in all of us if we find the confidence and courage to stand up for our beliefs.

Young Readers’ Letters to Authors Who Changed Their Lives, edited by Catherine Gourley, showcases letters written that have inspired and helped students from fourth grade through their senior year in high school. Margaret Veglahn wrote to Harper Lee in regards to her book, “To Kill a Mockingbird”, and how it affected who she was. She wrote how much she truly appreciated the strong message of acceptance to all colors of skin. Ellie Ball wrote after reading J. R. R. Tolkien’s book “The Lord of the Rings” that she realized so much more was going on inside the story after reading through it a second time. She realized there was much insight to friendship and sacrifice. Another great book and author that changed lives is reference by a young reader, Jisoo Choi, who exclaimed how Anne Frank and her diary felt “as if you are speaking to me from years past”. This entire collection is an elevated treasure!

Dive! World War II Stories of Sailors & Submarines in the Pacific, by Deborah Hopkinson, is an insightful look into a less talked about area during World War II: The South Pacific. One story relates how the Seawolf sub was told to take out the torpedoes held inside and replace them with ammunition. They desperately needed to transport this valuable cargo to the Philippines who were being blockaded by the Japanese. The sub was so packed with ammunition, the crew practically slept with it. But it also made the submarine especially dangerous to an underwater enemy. These men risked their lives continually and alas, many died after the attempt to win battles and ultimately the war! I’ve walked along the World War II submarine memorials in San Diego with the lists of hundreds of names of men buried in the depths of the Pacific. This book does much to honor their sacrifice!

Sniffer Dogs: How Dogs (and their noses) Save the World, by Nancy F. Castaldo, celebrates these amazing dogs and their extraordinary ability to smell. Here is a comparison of a dog’s ability to smell in relationship to humans. If we could see as well as they can smell, we could read the tiniest letters on an eye chart from four miles away! Some dogs are raised to detect blood sugar levels to help their diabetic owners. Other dogs sniff to detect explosives and drugs while others search for humans after disasters. After reading this book, packed with colorful photographs, you will undoubtedly appreciate this gift from heaven,