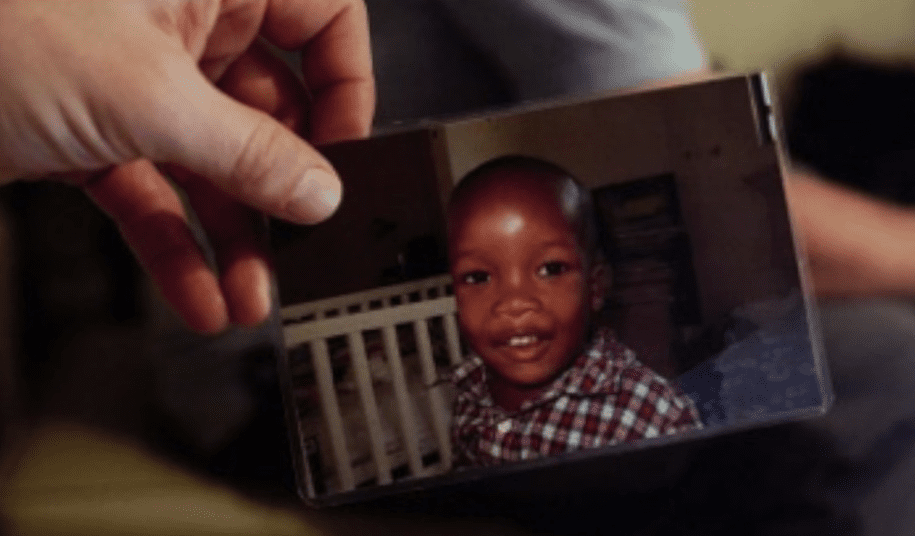 Going to the Darkest Places on Earth to Rescue Children

Operation Toussaint is a new documentary about Operation Underground Railroad and their daring success at rescuing children from sex slavery that will be showing in select theaters beginning July 25. Go to the website ourfilm.org to get a free 48 hour pass to see the documentary now and share with friends before it is in the theater.

In 2010, a devastating earthquake of catastrophic magnitude leveled Haiti, until Port- au-Prince resembled a war zone. The city’s most noteworthy monuments, including the Presidential Palace and Port-au-Prince Cathedral were destroyed and well over 160,000 people were killed.

We arrived with a plane full of volunteers just ten days later, many of them Meridian readers with medical or construction skills, and some of them returned missionaries from Haiti who had vital language skills to help during those days of chaos.

We flew into an airport with dim lights and stretching out beyond it was a darkened city, whose power lines had been destroyed in the upheaval. There to meet us was an LDS bishop named Guesno Mardy, a man with a tender, guileless face and sad eyes, as devastated as his nation. We soon learned why. Just days before his three-year old son Gardy had been kidnapped from Primary at the LDS Church and now eight years later, he is still not found.

We felt helpless and agonized for Bishop Mardy, still there was nothing we could do except pray. Yet, at the same time, there was another man, Tim Ballard, who had learned of Gardy’s kidnapping, who had special training in Homeland Security and the skills to take on the impossible job of rescuing him.

Because Gardy had been born in the United States, and was therefore a U.S. citizen, Ballard thought he could make it into a U.S. case, but he couldn’t. He had to leave his job to try to rescue the boy who had been snatched. “I just had to do something about it,” he said.

Thus was born Operation Underground Railroad, an organization dedicated to going to the darkest places on earth to rescue children from slavery. In our naiveté, most of us suppose, that slavery is a thing of the past, overcome in this more enlightened age, but, unfortunately, it is a flourishing worldwide business, with 27 million people enslaved, two million of them children.

Ballard says, “Human trafficking is the fastest-growing criminal enterprise in the United States, and the world doesn’t know.” In fact, somewhere in the world, every thirty seconds a child is sold for sex, labor, or organ harvesting.

A new documentary, Operation Toussaint, has been created following Ballard and one of his teams as they go into Haiti on a rescue operation. The viewer is there with them in this documentary, confronting their problems, riding with them in the car as they move toward a rescue, facing the unknown of whether this rescue can actually work, hearing their whispered conversation as they near the place where the criminals will be ready to sell their minor sex slaves for the night.

OUR’s method is to arrange ahead of time with the government, in this case Haiti, to cooperate in a sting to catch the perpetrators and pimps who exploit children. They pose as Americans looking for sex with minors, and then when the pimps arrive, the police follow shortly and make arrests. The children are saved. The criminals are sent to prison and the OUR team is also “arrested” by the police to maintain their cover. Later, they disappear, usually leaving the country that very day.

The team members are usually people with experience—former CIA or Navy Seals or people with military training. In the last five years, OUR has been able to save over 1500 children and have more than 550 predators arrested. They have worked in 17 countries around the world, and the steam continues to rise. Though it requires intense planning and negotiations with the government of the countries where these stings are run, the number of operations are increasing every month.

The success can’t be measured in these numbers alone, however. In areas where OUR has helped capture the sex slavers, suddenly snatching children for sex slavery is seen as dangerous. Perpetrators now have the idea that they may be caught and have to pay for this crime, instead of getting away with it, as they traditionally have done. OUR is teaching the governments that they can no longer turn a blind eye to this wretched problem.

Still, to stop sex slavery worldwide, which is OUR’s ultimate goal, they have to go into the belly of the beast, and this is the topic of the new film. Below is a trailer from the documentary. Operation Toussaint will be shown in select theaters beginning July 25, but you can see an on-demand version now at ourfilm.org.

I'm interested in learning what more we can do as a community.

Why is there not more public outrage about this? We must do more.