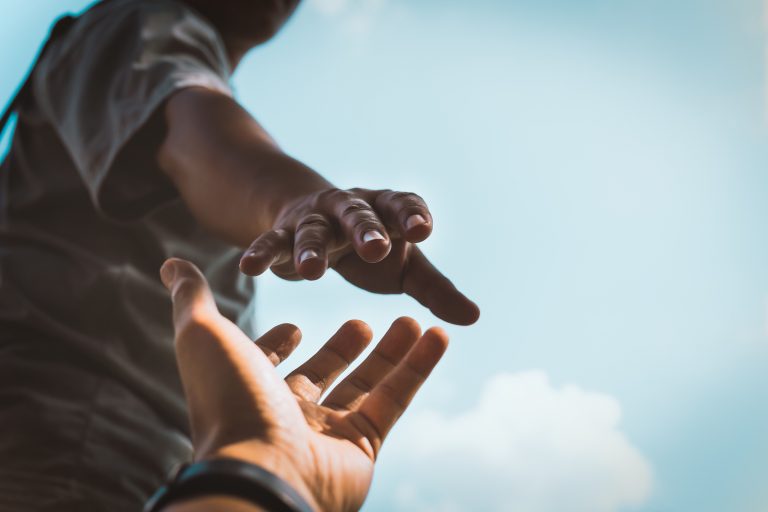 Fairness is the earthy standard. “An honest day’s work for an honest day’s pay.” “Fair and square.” We seek to treat others fairly and want to be treated that way as well.

Yet, in a fallen world, we do not always get fairness. There are hucksters, scammers, impersonators, and cheats. It is infuriating when the dishonest prey on those who are unwary.

At the other end of the spectrum is graciousness—when someone gives more than is deserved or expected—when someone goes above and beyond expectation.

I love the story of an unusual Little League coach. He had a team that just couldn’t get the idea of baseball. He spent a lot of their practices just teaching the boys about which way to run around the bases. They lost game after game after game after game. There was one little boy in particular who never caught the ball or hit it in any practices or in any game. The team got down to that dramatic moment in the final game of the season: last inning, two outs, down by one run.  The little boy who had never hit the ball or caught it came up to bat. The team figured the game (and season) was over and they started bagging up the bats and balls. But somehow, miraculously, this little kid connected and got on first base. The team was ecstatic because next up to bat was the team slugger. If the team slugger drove in the little fellow on base and himself, they would win, the only win of the season. What a great way to end an otherwise disappointing season!

The team slugger did what he did so well. He made a solid hit toward right field. The little kid on first base who had never hit the ball and never caught it was a little confused about the rules of baseball, but he figured that the right thing to do was to head toward second base. So, he took off. But halfway there he saw the ball coming toward him. This confused him. So, he caught it, thereby making the final out against his own team. Imagine the perplexed coach and team. After reflecting for a moment, the coach turned to the team and said, “Cheer. This kid has never before hit the ball or caught it. He just did both in the same inning.”

That is largeness of soul. Generosity. Kindness. Graciousness.

The human default setting may be for taking care of the self. We are grateful when people are fair, and we are amazed when they are gracious.

God is the biggest surprise of all. He is the ultimate standard of graciousness. One example is the

Restoration-revealed plan of happiness. God has developed a plan that provides us a priceless earthly education but also provides the resources whereby every single one of His children will receive all the glory they can stand in the eternities. What a plan!

Yet, we Latter-day Saints have a way of reducing these transcendent truths to trivializing charts. We see the spirit world as a holding cell where some of the occupants sit in the lovely lobby while most live incarcerated in miserable quarters. Often, we drain God’s amazing goodness and heavenly resourcefulness out of His plan. We fail to see the powerful testimony that God is fully determined and equipped to bless His children. When God takes “liars, and sorcerers, and adulterers, and whoremongers, and whosoever loves and makes a lie” (D&C 76:103), allows them to pay for the sins they would not give to Jesus, and then go to a kingdom, the glory of which “surpasses all understanding” (D&C 76:89), then truly every knee should bow and every tongue should confess that God exceeds all comprehension in His graciousness.

Behold, who can glory too much in the Lord? Yea, who can say too much of his great power, and of his mercy, and of his long-suffering towards the children of men? Behold, I say unto you, I cannot say the smallest part which I feel. (Alma 26:16)

Recently I re-read Cynthia Rylant’s charming children’s book, The Heavenly Village. She wrote that many people when they die are not quite ready to leave earth behind and not quite ready for life in heaven. Everett still needs to learn to see the beauty in the world around him—including learning to appreciate the smell of fresh baked bread. Violet Rose wants time to look after the cats she loved so dearly on earth. Dr. Blake was so busy in life that he failed to make memories with his little boy Jay, so every evening, he revisits earth to watch his little boy play and grow. Harold wants a little longer to play with his heroic dog, Fortune, and finish the book he was reading about polar bears.  Cordie wants more time to run along the river and pray for her friend and his parrots.

The sweet story of people who have some work to do before they move on may be a truer picture of the spirit world than our usual mental images. This children’s book may not be perfect theology, but it is a window into God’s graciousness. He tends each of His children with kindness, wisdom, and love. He prepares each for the time when they are ready to move on to their eternal destinies.

The message of the Heavenly Village is that God loves His children and looks after them with wisdom and love. The Prophet Joseph taught:

But while one portion of the human race is judging and condemning the other without mercy, the Great Parent of the universe looks upon the whole of the human family with a fatherly care and paternal regard; He views them as His offspring, and without any of those contracted feelings that influence the children of men…we shall all of us eventually have to confess that the Judge of all the earth has done right.  TPJS, p.218

God’s graciousness will always surprise and elevate us. As we glimpse His love for us and all of His children, we ourselves become more gracious and generous toward others–more like God.

Note: The Heavenly Village is out-of-print. Yet you can get a copy by going to online used bookstores such as www.abebooks.com

Thanks to Annie Foster for her insightful editing of this article.