God Bless America: Through the Night With a Light From Above | Meridian Magazine 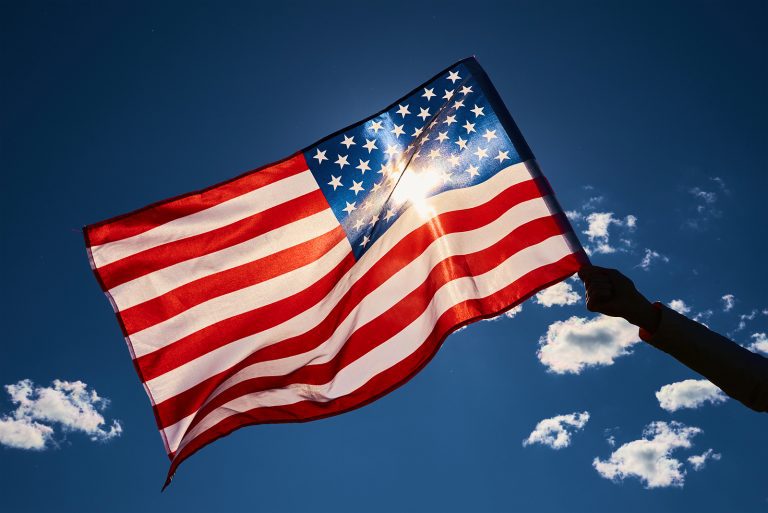 God Bless America: Through the Night With a Light From Above

I believe we live in the “latter days”, or what the Apostle Paul described as “perilous times” (2 Timothy 3:1-5).  These are times when he said that men would “not endure sound doctrine; but after their own lusts shall they heap to themselves teachers, having itching ears (2 Timothy 4:3).

There are those who say that there are “systemic” problems with America.  But let’s take a look at the “system” of our nation through the documents written by our Founding Fathers as they created the first democratic republic in the history of mankind.  Many of these documents are no longer taught in our schools, and thus are mostly unknown to our children and grandchildren.  Therefore, I’ll need to quote them here verbatim.  First, from the Declaration of Independence in 1776:

We hold these truths to be self-evident, that all men are created equal, that they are endowed by their Creator with certain unalienable Rights, that among these are Life, Liberty and the pursuit of Happiness.–That to secure these rights, Governments are instituted among Men, deriving their just powers from the consent of the governed, –That whenever any Form of Government becomes destructive of these ends, it is the Right of the People to alter or to abolish it, and to institute new Government, laying its foundation on such principles and organizing its powers in such form, as to them shall seem most likely to effect their Safety and Happiness.

But it was not enough for the thirteen American colonies to simply declare their independence from British oppression.  Their freedom had to be fought for in a bloody revolutionary war.  An ancient American prophet named Nephi saw in a vision of his future their struggle, and its eventual outcome:

the power of God was with them, and also that the wrath of God was upon all those that were gathered together against them to battle. And I . . . beheld that the Gentiles that had gone out of captivity were delivered by the power of God out of the hands of all other nations. (1 Nephi 13:18–19)

Once freedom from bondage to England had been obtained, the fledgling nation had to form an entirely new “system” of government that had never been tried before.  After a faltering start with the failed Articles of Confederation, representatives of the Colonies met in 1789 to write and adopt a constitution that would determine not only how they would be organized, but the limitations placed on government that would guarantee those “unalienable rights” that they cherished, with which they had been “endowed by their Creator”.  The Constitution began:

We the People of the United States, in Order to form a more perfect Union, establish Justice, insure domestic Tranquility, provide for the common defense, promote the general Welfare, and secure the Blessings of Liberty to ourselves and our Posterity, do ordain and establish this Constitution for the United States of America.

And who inspired them to “ordain and establish this Constitution”?  In the 1800’s God revealed the answer to a modern day prophet:

Therefore, it is not right that any man should be in bondage one to another.

And for this purpose have I established the Constitution of this land, by the hands of wise men whom I raised up unto this very purpose and redeemed the land by the shedding of blood. [D&C 101:79–80]

Note that they did not form a “perfect” union or “system” of government, but it was a “more perfect union” than any which had come before.  And the promise was given by God through another ancient prophet that if the people of this “promised land” would serve Him, their freedom would continue:

Behold, this is a choice land, and whatsoever nation shall possess it shall be free from bondage, and from captivity, and from all other nations under heaven, if they will but serve the God of the land, who is Jesus Christ,

But it was also said that this land would need to be “redeemed” by “the shedding of blood”.  Because all men and women in America were not free under the original Constitution, a bloody war was fought in America among its own citizens.  At the dedication of a cemetery in Gettysburg, Pennsylvania, President Abraham Lincoln said:

Fourscore and seven years ago our fathers brought forth on this continent, a new nation, conceived in Liberty, and dedicated to the proposition that all men are created equal.

Now we are engaged in a great civil war, testing whether that nation or any nation so conceived and so dedicated can long endure. We are met on a great battlefield of that war. We have come to dedicate a portion of that field, as a final resting place for those who here gave their lives that that nation might live. It is altogether fitting and proper that we should do this.

But, in a larger sense, we cannot dedicate—we cannot consecrate—we cannot hallow—this ground. The brave men, living and dead, who struggled here, have consecrated it far above our poor power to add or detract.

The world will little note nor long remember what we say here, but it can never forget what they did here.

It is for us, the living, rather to be dedicated here to the unfinished work which they who fought here have thus far so nobly advanced.

It is rather for us to be here dedicated to the great task remaining before us—that from these honored dead we take increased devotion to that cause for which they gave the last full measure of devotion; that we here highly resolve that these dead shall not have died in vain; that this nation, under God, shall have a new birth of freedom; and that government of the people, by the people, for the people, shall not perish from the earth.

Even with the many great sacrifices that were made as the land was “redeemed” to make all men and women free in America, ours is still not a “perfect union”.   But although there are many imperfect individuals and even some imperfect laws, the only thing that is “systemic” in the United States of America is FREEDOM AND LIBERTY.  These are the “systemic” values that are engraved in our Constitution and in the hearts and minds of most of its citizens.

“For behold, this is a land which is choice above all other lands; wherefore he that doth possess it shall serve God or shall be swept off; for it is the everlasting decree of God.” (Ether 2:9-10)

As to the remaining faults and shortcomings of our nation?  It is not something we should bicker and “cancel” each other about.  God has given us the answer in 2 Chronicles 7:14:

if my people, who are called by my name, will humble themselves and pray and seek my face and turn from their wicked ways, then I will hear from heaven, and I will forgive their sin and will heal their land.

When Nazi Germany was streaming across Europe in 1938, composer Irving Berlin revised a song that he had originally written in 1918 during World War I.  As singer Kate Smith sang it and it swept across America, it began with this prelude:

While the storm clouds gather Far across the sea, Let us swear allegiance To a land that’s free. Let us all be grateful For a land so fair, As we raise our voices. In a solemn prayer.

And here is the “solemn prayer”:

May God indeed bless America.  May we all turn from our wicked ways.  May we humble ourselves and seek His face, that He will forgive our sin and heal our land.

I appreciate the sentiments, and I love my country too. But hope mixed with facing reality is always a good combination. Saying there are systemic problems—which there clearly are—is not slam on the Constitution, which is inspired by God and a model for the whole world. The Constitution isn't the only system at work in our country. And as we've seen in the past year, the Constitution itself is not all-powerful. It depends on the integrity of the people who have sworn to defend it, in state governments as well as federal. I keep hoping that when the Constitution is hanging by a thread, members of the Church will be protecting it instead of swinging at it with scimitars.

Clarification. The “Constitutional Convention” met in 1787. The Constitution was ratified by enough states to make it the law of the land in 1789.