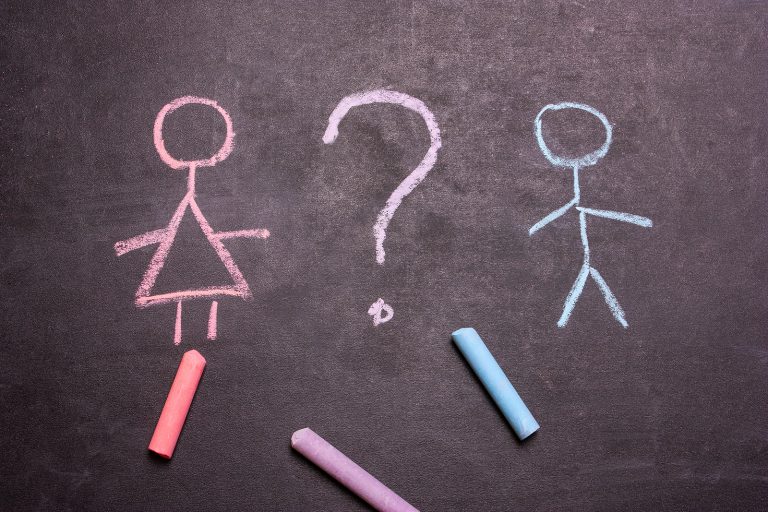 Gender Ideology and Your Child

Do we truly care about the health and the future of vulnerable children?  This question came into stark relief last week during one of the U.S. Presidential Townhall discussions (Thursday, Oct. 15), where a presidential candidate, regarding young children, made this statement:

“The idea that an 8-year-old or a 10-year-old child decides, ‘You know, I decided I want to be transgender.  That’s what I think I’d like to be. It would make my life a lot easier,’ there should be zero discrimination.”

There is no disagreement that a child who experiences bullying and harassment should be protected and this kind of behavior stopped, but what we also must address is the question:  “How do we best protect and support vulnerable children?” – in this case, children who experiences gender dysphoria.  Is it wise for society, the medical community, and our laws to support and set up a young child, who according to a presidential candidate might be 8 or 10 years old, to make decisions that will so dramatically impact their life?

My house was filled with boys – and boy toys. Yet one Christmas, my 4-year old sons, twins, requested Barbies and a baby doll. My husband was quick to point out: “That’s ok; I wanted to be like my mom, too, and requested an Easy Bake Oven for Christmas one year!” The twins got their dolls and displayed all the tenderness and nurturing one might expect from little girls. They played regularly with the dolls, for several years, before moving to other interests. My sons went on to become very masculine in their choices – avid hunters, highly-competitive athletes – men’s men.

I’ve often wondered what decisions I might have made, or would have been made for me, if my sons had come along a couple of decades later. Would the boys have been encouraged to consider transition to the other gender or be allowed to simply nurture their tender hearts and become the wonderful men and fathers they are today? Would a school teacher have noticed their tender, nurturing traits – and started planting the seeds of doubt as to their “gender identity?” Would the government have insisted that my young sons be allowed to “make their own decision” and would I have even been informed?

Good questions; not at all implausible in today’s cultural, social and political milieu.  Does our caring for and love of our children include allowing them to make decisions that can have such dramatic and far-reaching consequences, especially when it’s pushed upon their innocent, still-developing and ever-changing minds?

As many as 98% of gender confused boys, 88% of gender confused girls who were distressed about their biological sex came to accept it by late adolescence after passing naturally through puberty. American Psychiatric Association: Diagnostic and Statistical Manual of Mental Disorders, Fifth Edition, Arlington, VA, American Psychiatric Association, 2013 (p.451-459).

For a list of all the studies related to numbers of young people who desist by the time they reach adulthood, go here: http://www.sexologytoday.org/2016/01/do-trans-kids-stay-trans-when-they-grow_99.html

Some claim that these studies are measuring Gender Non Conforming (GNC) and not children who experience true Gender Identity Disphoria (GID).  For a rebuttal to this, go to:

The rate of suicide attempts for postoperative transsexuals (compared to control group) was nearly five times more frequent, and the likelihood of death by suicide was nineteen times higher – even after adjustment for prior psychiatric illness.  Cecilia Dhejne et al., “Long-term follow-up of transsexual persons undergoing sex reassignment surgery: cohort study in Sweden,” PLOS ONE 6, no. 2 (2011): e16885.

Individuals with transgender reassignment have a rate of suicide of 41%—22 times higher—than that of the overall US population.  Studies show a majority of transgender patients suffer from other comorbid (co-existing) disorders (including dissociative disorders).  Shira Maguen & Jillian C. Shipherd (2010) Suicide risk among transgender individuals, Psychology & Sexuality, 1:1, 34-43

Care and compassion for children

Vulnerable children need our care, compassion and our common sense. With the dearth of long-term studies on the impact of social transition, puberty blockers, cross-sex hormones – not to mention the lack of efficacy of surgical gender transitioning and the permanent changes to a young person’s body – how can we as responsible adults, particularly parents, think we are helping children?

Peter Sprigg, Family Research Council, sums it up this way:

As a group of physicians warned in a letter to a medical journal in 2018, “There are no laboratory, imaging, or other objective tests to diagnose a ‘true transgender’ child.” In other words, “There is currently no way to predict who will desist and who will remain dysphoric.” Given the evidence that the majority of children with gender dysphoria do not identify as transgender adults if left to themselves, and the inability to know which will “persist” and which will “desist,” it is simply irresponsible for those trained to provide medical care to perform physical interventions, some effects of which are irreversible, that almost always put a child on a path toward a transgender identity.

Whatever one may think of allowing adults to “transition,” everyone should be able to agree adults should not interfere with the natural, healthy development of the bodies and minds of children. Children must be provided with the time and space to develop, naturally, into full-functioning adults.

Children who experience gender dysphoria, or desire to present as gender non-conforming, need to be protected from harassment, bullying, discrimination, and any form of mistreatment. Those who are struggling should be treated with compassion and provided assistance toward a goal of resolving issues to help young people feel comfortable with their bodies.  But that assistance should not come in the form of something that puts them on a path to life-time dependence on controversial and potentially dangerous hormones, mutilation of their bodies, sterilization and years of regret.

It is not common sense, nor should it be considered care or compassion.

A sense of unease that a person may have because of a mismatch between their biological sex and their gender identity.

Biological indication of male and female

A person’s internal sense of being male, female, or something else.

Believing Children should “Transition” Genders is at odds with Science

Do Trans-Kids stay Trans – When they Grow Up?

Listening to a child doesn’t mean accepting the ‘trans’ narrative

Transing California Foster Children and Why Doctors Like Us Opposed It

Gender Dysphoria and Children:  An Endocrinologist’s Evaluation of I am Jazz

My sister was the youngest in our family of 7 children. She had four older brothers. When she was about 5 she decided that she wanted to be a boy. She told us we had to call her "Bobbie." (I don't know where she came up with that name.) This phase did not last long and she grew up to marry and have children. I can only imagine the undue attention this phase would have stirred up if this happened today. Children do not have the maturity or wisdom to "decide" their gender and that should be very obvious to everyone.

When I was six, my parents sent me away to live with my Grandparents over several months because I was badly affected with the tropical climate of the African country where my father had been assigned. I greatly suffered from the separation, and the thing that mattered most to me at the time was the doll I had been offered by one of my relatives. This never kept me from feeling like a boy, and it looks like modern society has reached another level of insanity trying to define a child's true gender.