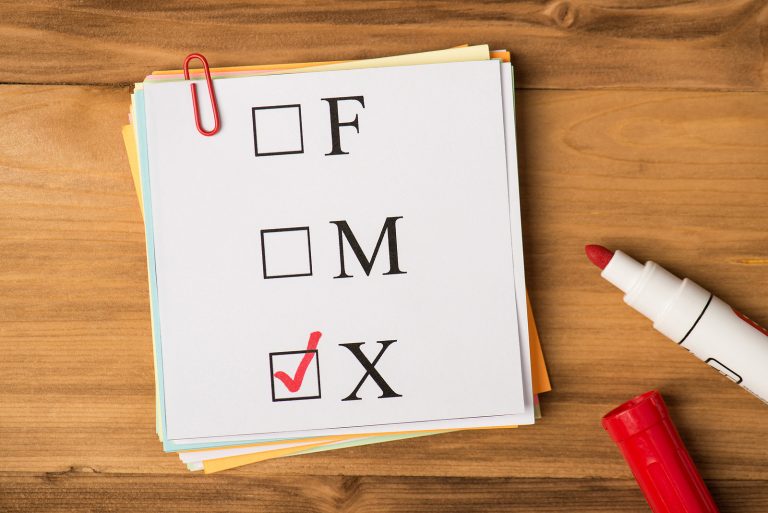 It is no secret that the United Nations Human Rights Council has taken the lead in promoting policies and principles which are controversial at best, alarmingly dangerous at worst.  In July 2020, United Families International spearheaded a petition drive criticizing the United Nations Special Rapporteur on freedom of religion or belief for his warped definition of religious discrimination and abuse, as well as his recommendations that serve to erode religious liberty.

Gender identity theory is the belief that the meaning of male and female is a social “construct,” that is, socially created and not related to one’s biological sex. Therefore, one’s sex is not fixed by DNA or reproductive organs but is a matter of feelings and how one self-identifies. According to the theory, any attempt by governments, institutions or individuals to define identity biologically is a form of oppression and discrimination.

In what can only be described as a case of self-contradiction, it is gender identity theory that threatens the safety and well-being of women and LGBT individuals. United Families International was an advisor to the Women’s Liberation Front (WoLF) in the creation of a submission to the Independent Expert.  WoLF’s submission identified the numerous ways that “gender theory harms LGB individuals, women and girls, and liberal ideals such as freedom of speech—All in direct opposition to the stated goals and initiatives of the United Nations.” UFI was also a signatory to the submission as well as 42 other groups and 41 individuals.

Of particular concern is the harm done to individual rights of conscience and speech. WoLF points out:

Gender identity theory seeks to force all members of society, and all institutions, to reject the objective reality of sex and to repeat falsehoods about human reproduction, such as saying that men can give birth. It forbids the use of sex-based pronouns and compels affirmative statements of belief such as “Trans women [i.e. men] are women,” a phrase which is objectively false. In the U.S., U.K., Ireland, and Canada, this ideology has taken over parts of the judiciary, with litigants being compelled to refer to men as women, and women as men. In the UK, this rule extends to witnesses in a case, with at least one female assault victim being forced by a judge to refer to her male attacker as “she.” Also in the UK, police are recording “non-crime hate incidents,” showing up to people’s workplaces, and arresting people for saying that men cannot become women. Increasingly, medical professionals are being instructed to include factually inaccurate, so-called, “inclusive” language such as “birthing parent,” “chestfeeding,” “and “chest milk” requiring staff to uphold the belief that child-bearing and lactation are unisex conditions whether that staff agrees or not.

These real-life scenarios are truly nightmarish.

Standing up to the deception

A reading of Mr. Madrigal-Borloz’s call for submissions, and the questions for which he is seeking comments, exposes the biased nature of his investigation. Belief in and adherence to gender identity theory is a given. The Independent Expert, and the Human Rights Council which has furnished his mandate, exist in a gender identity echo chamber. Anyone who believes the human species consists of two sexes exhibiting distinct characteristics will be pressured to surrender to the gender orthodoxy.

The Independent Expert’s questions give the impression that he is searching for suspects guilty of thought crimes. He has asked for the following evidence:

WoLF, and all the fellow signatories to the submission, warn that “the adoption of gender identity theory…by the United Nations would constitute an establishment of heresy laws at the international level.” How many of our churches, ministries, and religious leaders will be guilty of heresy for saying that “marriage between and man and a woman is ordained of God,” or “a person’s sex is a structural determinant of male or female identity,” or for speaking out against “our culture’s distorted sexual devolution”?

We urge the United Nations to reject gender identity dogma, and we encourage everyone who believes in the biological reality of men and women to stand up to UN overreach in forcing it upon the nations and people of the world.

Gender identity theory is an invention. Male and female are not a construct. It is a classification based on the DNA and reproductive system present in every person at birth. All of the cross-sex hormones and plastic surgery in the world cannot turn a man into a woman nor a woman into a man. Such a person will always be an imitation. Does the transgender individual deserve our compassion and the right to work, a home, safety, and courtesy? Absolutely. But ensuring those rights does not mean we condone a lie about something as essential as the biological nature of men and women. There are two. Biologically distinct. Male and female. Determined at conception. Endorsing anything else is not compassion. It’s deception, and we must summon the courage to expose that deception wherever and whenever we find it.

This is sooooooooo unsettling! I am having a hard time wrapping my head around such ideas. How can this be stopped???!!!???