Gen Z is lost in a desert of shallow activism. We need a way out | Meridian Magazine 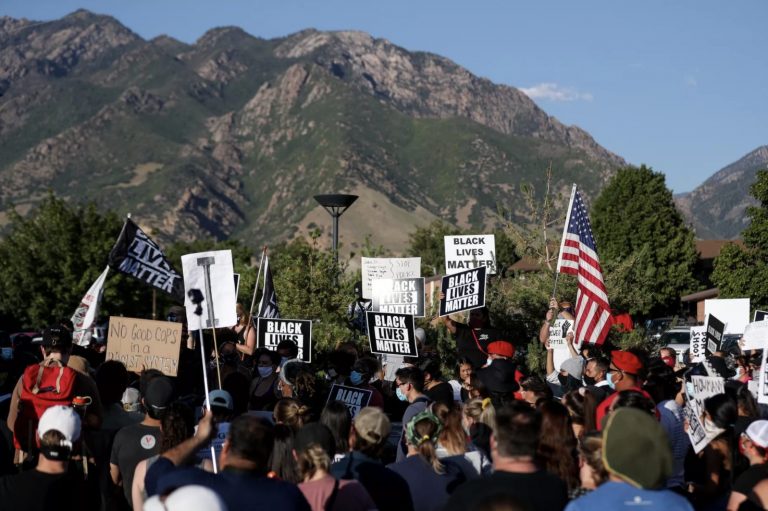 Gen Z is lost in a desert of shallow activism. We need a way out

The following is written by Luke Lyman and was first published in the Deseret News. It is reprinted here with permission.

For my generation, Gen Z, the past four months have been our Summer of Discontent. Where we once envisioned with youthful eyes exciting internships and vacations we have found instead a barren desert of job loss and legally restricted movement.

And yet, in some ways, my peers have been more active than ever before. Rallying around a banner of anti-racism with a vociferous righteous indignation, use of social media has revolved almost exclusively around causes of “social justice.” Instagram posts that would typically be home to beach pics and graduation announcements became podiums for testimonies on the virtue of Black Lives Matter and confession booths for one’s past absence in the fight for racial justice.

But of course, the activity was not just limited to cyberspace. Despite the fact they didn’t feel comfortable (and anyway couldn’t) go to church or school, they felt comfortable attending tightly packed protests with thousands of people. Who needs prayers when you’ve got protests?

So why all this fervor? Why all this anxious — and sometimes violent — energy?

“But Las Vegas seems to offer something other than ‘convenience’; it is merchandising ‘niceness,’ the facsimile of proper ritual, to children who do not know how else to find it, how to make the arrangements, how to do it ‘right.’”

Like those hasty couples who do their best to imitate traditional weddings out of a desire “to do it right,” my generation is just a bunch of children and we want to do the right thing — but we don’t know how.

We find ourselves in a moral desert not unlike the actual desert that surrounds Las Vegas, and the strip’s wedding chapels with their plinky organs rise like a promising mirage in the distance, in the same way the empty platitudes of social media do. We have that genuine and burning impulse that distinguishes humanity, that yearning to help those in need, to make the world a better place, to stand up for something. But we were not given the tools to discover the right way to do so.

To their credit, these mirages are at least listening; Zoomers flock to them because they offer ready-made solutions and opportunities to “act.” Their commandments are easy to follow and concrete — anyone can donate $5 to a GoFundMe for “racial justice” and feel good about themselves.

How did we end up in this barren wilderness, wandering around for shotgun-wedding establishments? The answer, in the broadest terms, is a result of a failed education: We are a generation taught neither how to think nor how to pray.

We are the least religious generation in American history. Twice as many Zoomers identify themselves as atheist compared to any prior generation, more identify as “unaffiliated” than any other category of religion, and nearly half report they “never” or rarely” attend church. We lack the ability to turn our eyes up from the dust and towards a meaning beyond the here and now.

One may expect this lack of faith in faith would mean we have an undying devotion to reason, but the thoughtless desecration of multiple monuments and the broader defamation of the Founding Fathers, the culmination of all Enlightenment thought, hardly demonstrates a confidence in or respect for reasoned discourse.

Thus, we have rejected the two pillars of Western Civilization, faith and reason, the two muscles that have pushed it to the breathtaking heights it is precariously perched on today. Without the proper cultivation of those two pillars, we are foundationless and doomed to disintegrate.

So, what are we left with? Nothing, really.

We have nothing to appeal to but vapid catchphrases and hashtags, few arguments to present that weren’t transmitted to us through cheeky tweets and mocking memes. Social media have become the primary locale for interaction since we’ve been locked in our homes, and it should surprise no one that such a locale is not conducive to thoughtful debate and introspection. Careful arguments and the hope and perspective that come from faith have no place on sites so steeped in irony and vanity.

What does all this mean? It means our rash but confident screams for “justice” ought to be understood as cries for help more than anything else; cries that scream, “I want to help, but I don’t know how.” We’re starving in this desert. And we need someone to lead us out of it.

It is great to see this insight from a young adult. So many of our young people (and older as well) have been taken in by causes and groups that they really don't understand.