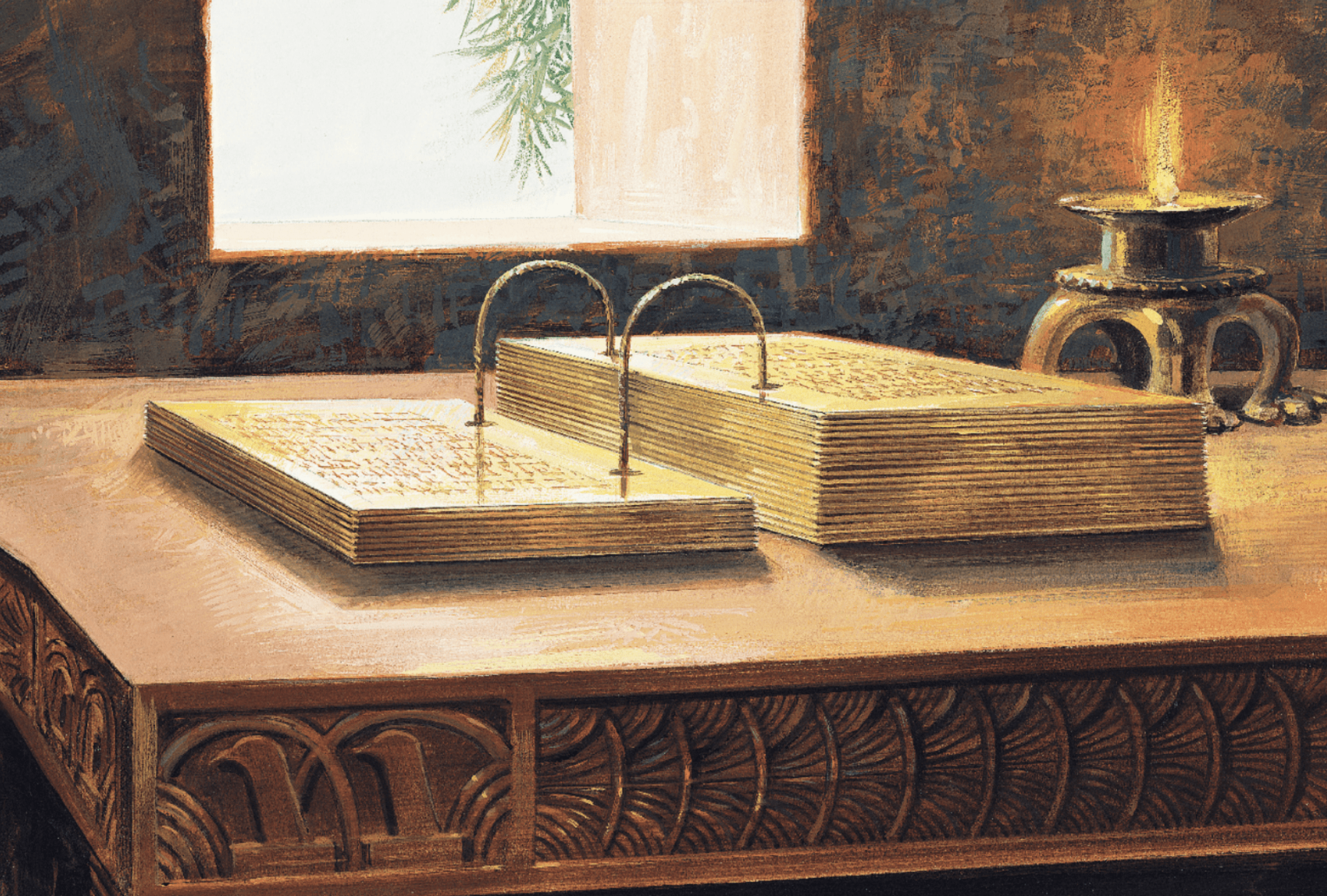 During the one thousand-year time-span the Book of Mormon was being engraved (from 600bc to 421ad), only four major family groups kept possession of and composed on the Book of Mormon plates: Lehi’s family, Mosiah’s family, Alma’s family and Mormon’s family. And although numerous individuals in those family lines inscribed their own writings on the plates (or copied onto the plates the writings of others), some scholars estimate that about 99% of the Book of Mormon text was authored primarily by four principal writers: Nephi (22%), Jacob (3%), Mormon (66%) and Moroni (8%). It’s also interesting to note that all four of those prophets bore testimony of four related, thought-provoking principles.

An insightful way to study the Book of Mormon, then, is to read what themes these four main authors shared in common. Of course, more verses could be included, but here are four principles they all emphasized, and a sampling of the references of their testimonies about each, to pique your interest:

All four prophets testified that we get to meet them one day. Imagine standing before Nephi, Jacob, Mormon and Moroni, and having the privilege of thanking them personally for the marvelous record they created. That precious day will come.

As Elder Neal A. Maxwell once commented to Institute students at the University of Utah, about such righteous rendezvous, “Do nothing to mar that moment! Do not allow yourself to be deflected from that straight and narrow path, but arrive at that rendezvous in such a circumstance spiritually that you can be drenched with joy…” (“The Education of Our Desires,” University of Utah Institute of Religion Devotional, 5 Jan. 1983.)

President Ezra Taft Benson also observed (at a BYU devotional), that we can glean more power from our personal study of the Book of Mormon, if we look for the doctrinal teachings the authors focused on: “There was inspiration in making the Book of Mormon a required religion class at BYU. The faculty and student body there and members of the Church everywhere should know the Book of Mormon better than any other book. Not only should we know what history and faith-promoting stories it contains, but we should understand its teachings… I have noted within the Church the difference in discernment, in insight, conviction, and spirit between those who know and love the Book of Mormon and those who do not. That book is a great sifter.” (“Jesus Christ—Gifts and Expectations,” BYU Speeches, 10 Dec. 1974; also printed in New Era, May 1975, pp. 18-19.)

What a great nugget of wisdom. Thank you Bro Marsh