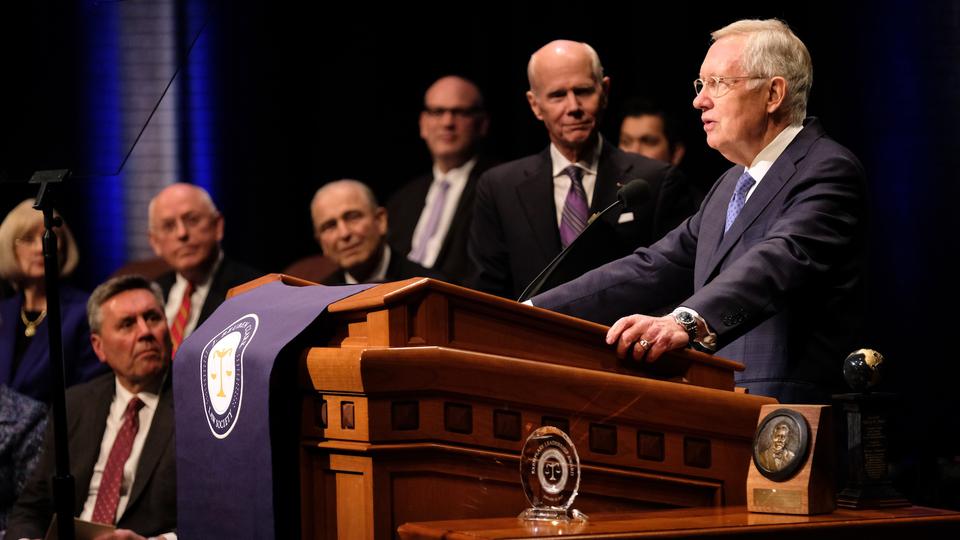 Former Nevada Sen. Harry Reid, one of the highest-ranking Latter-day Saint elected officials during his long tenure in office, died Tuesday at age 82.

“I am heartbroken to announce the passing of my husband, former Senate Majority Leader Harry Reid. He died peacefully this afternoon, surrounded by our family, following a courageous, four-year battle with pancreatic cancer,” his wife of 62 years, Landra, said in a statement.

“We are so proud of the legacy he leaves behind both on the national stage and his beloved Nevada. Harry was deeply touched to see his decades of service to Nevada honored in recent weeks with the re-naming of Las Vegas’ airport in his honor.”

Reid, a Democrat, retired in January 2017 after five terms in the U.S. Senate, including eight years as majority leader and four as minority leader. He also served for years in the U.S. House before being elected to the Senate.

A member of The Church of Jesus Christ of Latter-day Saints, Reid’s liberal politics might have rubbed many fellow members of the faith the wrong way. But they might not know that during his 34 years in Congress, he often worked behind the scenes on behalf of the church.

Here is the official statement from The Church of Jesus Christ of Latter-day Saints concerning Harry Reid’s passing:

“On behalf of The Church of Jesus Christ of Latter-day Saints, we extend our condolences to the family of former Senator Harry Reid of Nevada. Senator Reid was a devoted and capable public servant who was dedicated to his family, his faith and his country. We are grateful for his tireless service in each of these facets of a life well-lived. We pray that Senator Reid’s loved ones will be blessed and sustained at this tender time of parting and in the years ahead.”