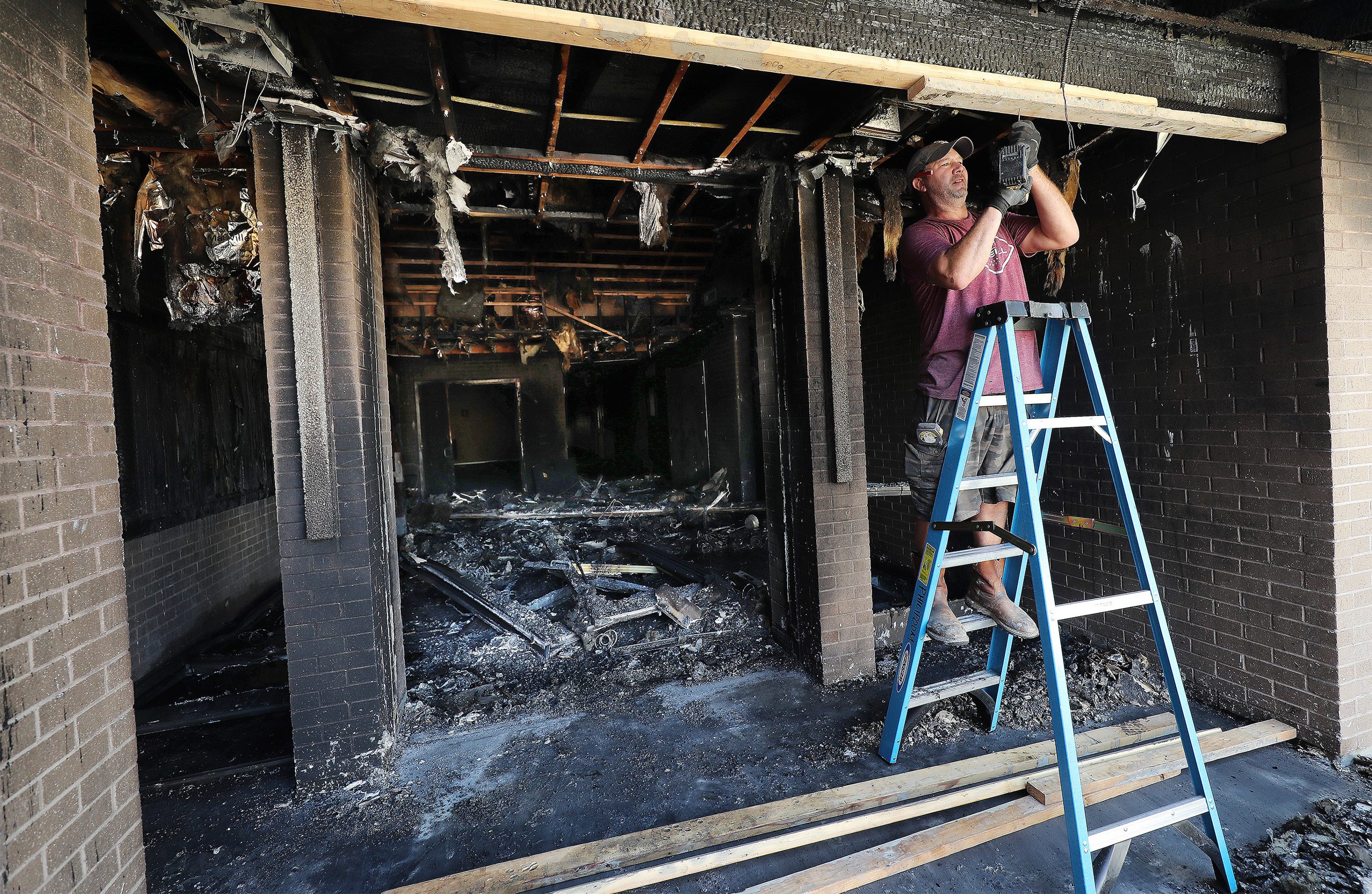 Crews early Sunday morning fought a large fire at a meetinghouse of The Church of Jesus Christ of Latter-day Saints in Cottonwood Heights.

Firefighters were called out at 2:45 a.m. to 3625 Doverhill Drive, according to a statement from Unified fire. When they arrived, the building appeared fully engulfed.

Resident Conner Dearden saw the fire as he returned home from a trip.

“Right as we turned on the road, we saw the whole street was just smoke,” he recalled.

Crews from Unified and Murray fought to extinguish the fire. The blaze was put out within about 40 minutes, fire officials said. No injuries were reported.

The cause was under investigation as of Sunday afternoon.

“Don’t have anything yet, as far as it goes. But they’re asking if anybody sees something, or knows anything, saw something out of place, please say something. Call Unified (fire), or Unified police, Cottonwood police, anything to kind of help out with that investigation,” said Keith Garner, Unified fire spokesman.