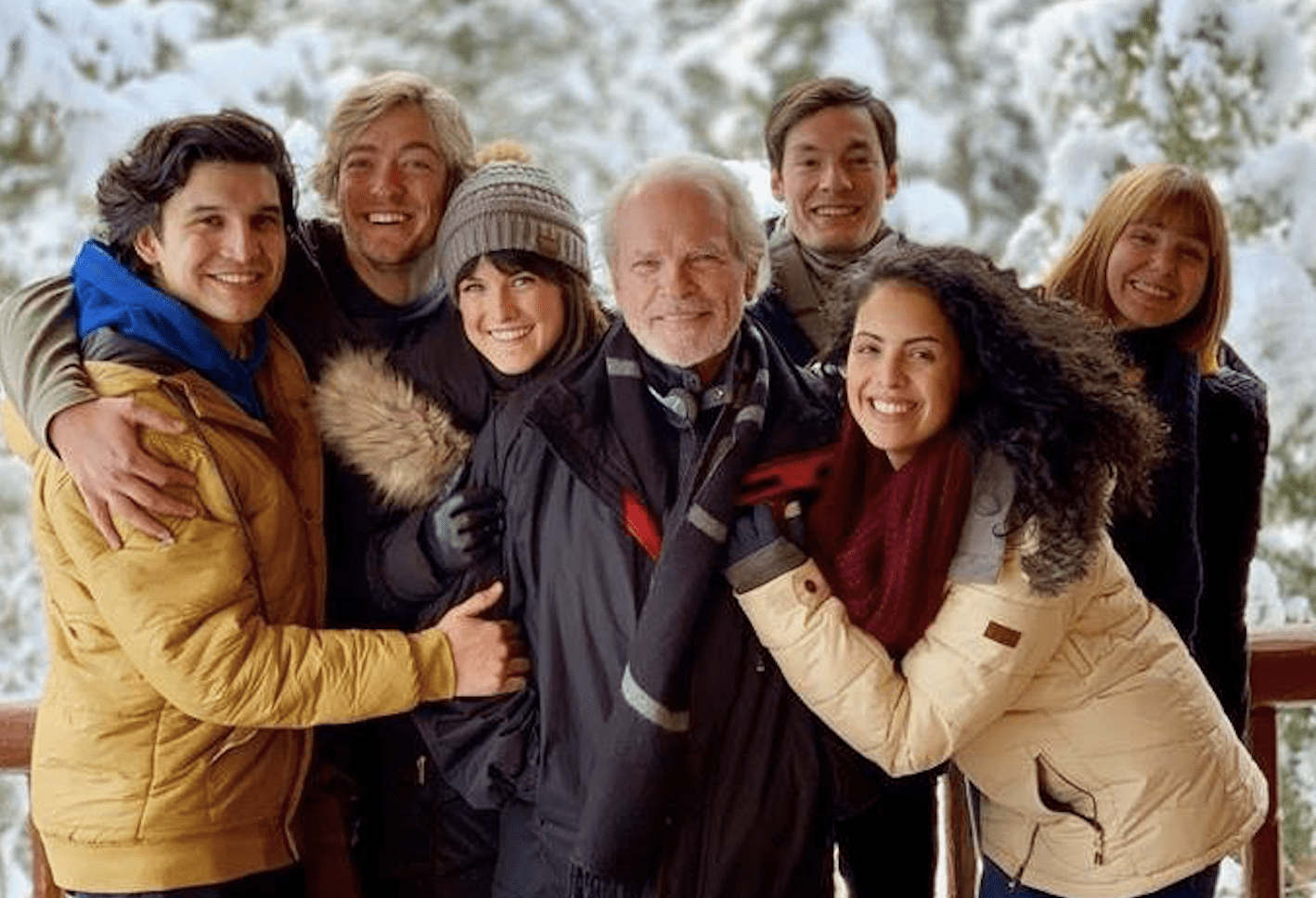 Michael Flynn is well-known amongst Latter-day Saints for his roles in The Best Two Years, The Dance, and The Lamb of God, as well as for directing the marvelous romantic dramedy Midway to Heaven. Now he’s turning his considerable talents towards the challenges and remarkable faith of millennial Latter-day Saints in Who We Are, his newest project which has a first look and Q&A at this week’s LDS Film Festival (get tickets here) at 7:00 and 8:45 pm in room 201 of the SCERA theater in Orem, Utah.

Michael was happy to answer my questions about the film and the incredible group of young Latter-day Saints who inspired it. He promises a film that pulls no punches in addressing the tough issues faced by today’s youth, while also inspiring faith and testimony.

Jonathan Decker: Who We Are seems to be a serious passion project for you. Is it true it’s been 12 years in the making? Where did the idea originate?

Michael Flynn: Yes, I have been working on it for about 12 years. I was sitting in the bleachers one day watching my son play baseball and the thought occurred to me that I would like to do a film about young Latter-day Saint kids who are facing some difficult situations. A lot of the Latter-day Saint films that are out there are nice but they seem to skim the surface, in some ways, of what is really going on. So, I wanted to do a film that delved deeper into the lives of young Saints. Over the years the idea percolated.

How has the project evolved over time?

I kept thinking about the concept of the film. It went through many permutations. A little over three years ago I started writing the script. The basic concept of the script has changed very little over the last three years, but the approach to the film has changed dramatically. I have gone through at least 60 or 70 rewrites. Each one fine-tuning the story, the characters, the conflict.

What can you tell us about production? How did you pick the actors, where was it shot, etc?

Shooting the film was a blast. We shot the film up near the Sundance resort. In one of the really nice ”cabins” they have up there. Most films, even low-budget films like ours, will shoot for 3 to 4 weeks. We shot this entire film in 11 days. That was necessitated, in part, because it is a risky film in a lot of ways and we could not afford to spend very much money making this film. We were on a very tight budget.

One thing that I did as the director was to rehearse the cast. Most of the time when you produce a film you don’t take the time to actually rehearse with the cast. I think that is a big mistake. In this particular film, it was necessary to rehearse the cast for many reasons. One of the principal reasons what is that the cast needed to be completely prepared when we started shooting the film. We did not have the luxury of rehearsing while we were shooting. That paid off big time for us. The cast was fantastic. They worked very hard. They came completely prepared. A lot of that had to do with the many rehearsals we have.

How did I pick the actors? Well, I knew some of them from their previous work. I held auditions. I knew what I was looking for and was very fortunate to find. The cast did a great job.

What has making Who We Are taught you about millennial Latter-day Saints?

This film has taught me that these young kids are pretty amazing. They’re very open-minded. It will be really interesting to see the effect they will have on the church as they mature into leadership positions. I will say, being about two generations removed from these Millennials, that they definitely think and see things differently than I do. So, it was a bit of a challenge to write a script seen from their point of view. In talking with them about this, I think we achieved what we were after. I told the actors right upfront that I wanted them to make sure that the dialogue worked for them. I was pleased to see that it did.

I’ve noticed you’ve a real passion for this group of actors. Why is that? What was your experience?

You are right. I love this cast. My wife Barbi and I told them that if they ever needed to be an adopted, for whatever reason, we would be happy to adopt any or all of them! They really are a great group of young people. Working with them was a delight. From a directorial standpoint, they were very responsive to what I asked them to do. We laughed a lot. Cried a lot. Worked hard. It really was a blast working with them.

How has making this film brought you closer to God? Did it have a similar effect on cast and crew?

Any time I use talents or gifts that were given to me by heaven above, it brings me closer to God. I truly have felt that the Lord worked with me throughout the entire process. I love writing and directing. I’m not sure what effect it had on the cast and crew. I do feel all of that there was a great spirit on the set. Every day went very smoothly.

What do you want audiences to get out of this film? How can we support it?

I hope that audiences walk away with the feeling that everyone, certainly young Latter-day Saint millennials, is dealing with issues and problems in their lives about which we have no idea. We sit next to them in church. We have dinner with them in our families. We work with them. We go to school with them. And all along, we don’t know that they are struggling with issues in their lives. So, I hope that this film increases understanding. And empathy. I hope it shows audiences, perhaps, a different way to deal with some of these sensitive issues.

Who We Are has a first look and Q&A at this week’s LDS Film Festival at 7:00 and 8:45 pm in room 201 of the SCERA theater in Orem, Utah. Get tickets and info at https://ldsfilmfest.com/index.html  For updates on Who We Are follow the film on Facebook.

For another great Michael Flynn movie, check out Midway to Heaven (AKA Heaven is Waiting), which you can rent or buy here.

Thanks for the interview, Jonathan! And all the kind words. Hope to see you at the LDS Film Festival.