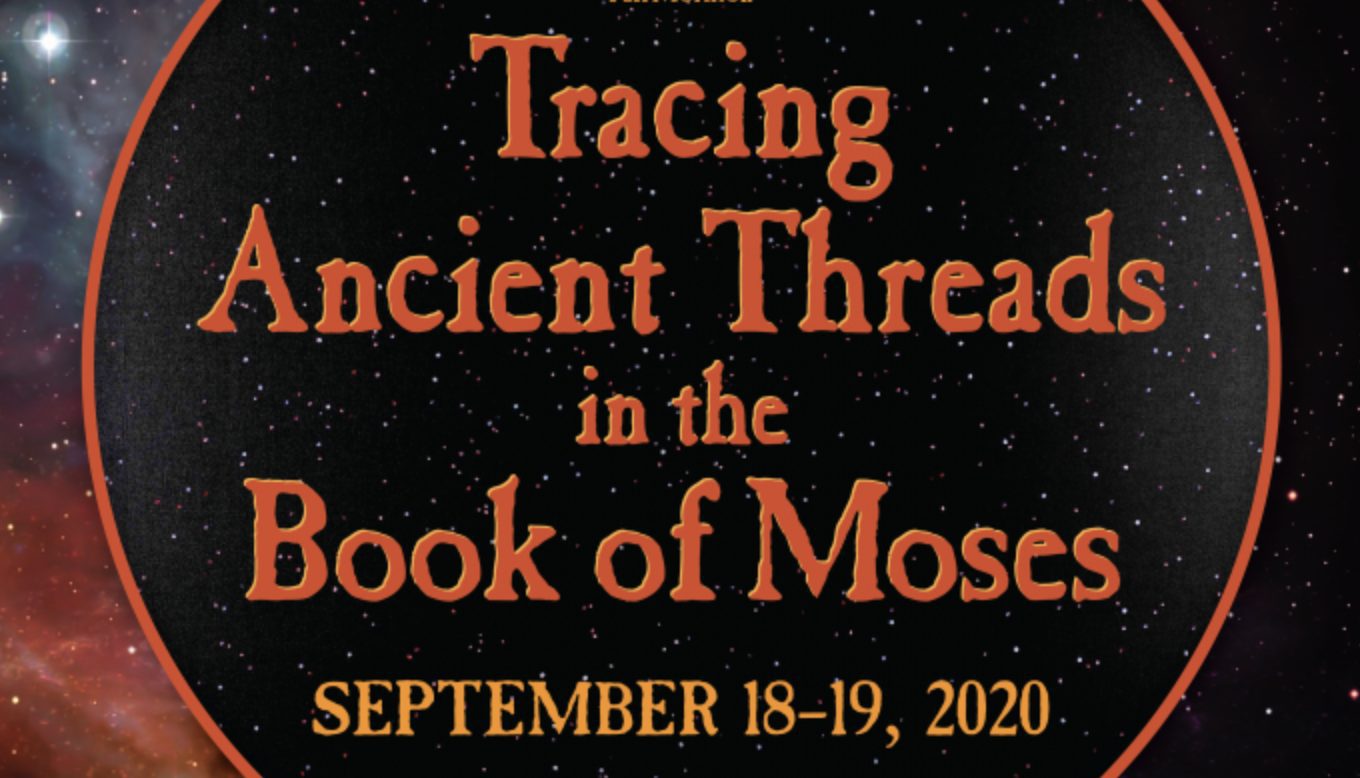 Where did the idea to hold a conference on ancient threads in the Book of Moses come from?

There has never been a time in recent memory when there has been more interest in the Book of Moses. Many important articles and books are now appearing, and people are asking good questions about how the Joseph Smith Translation of the Bible (JST), from which the Book of Moses was extracted, came to be.

Much of the new scholarship has been historical in nature, focusing on nineteenth century events and potential influences from Joseph Smith’s world on the JST. Other studies have focused on literary features of the JST. Though all of these areas of study are important, each shedding its own light on different aspects of the Book of Moses, we think more attention should be placed on traces of the ancient world that can be found in its pages.

Why is it important to know that the Book of Moses has ancient roots?

To answer that question, let me quote from the conference description:

While imperfections in the Bible will not greatly disturb or surprise most Latter-day Saints, their belief that the principal events and characters described in modern scripture have a basis in history and revelation is of great consequence to their faith. How so?

Elder Kim B. Clark recently replied to a similar question about the Book of Mormon:

How important is a literal belief in the historicity of the Book of Mormon, as opposed to reverencing it as an allegorical text?

Why are we hearing more these days about ancient threads in the Book of Moses?

Serious study of the origins of the Book of Moses began in earnest only relatively recently with the pioneering studies of Robert J. Matthews and Richard P. Howard in the 1970s. For many years, the very existence of the JST was little known except to church members, as scholarship on modern scripture largely focused its attention on the Book of Mormon and the Book of Abraham.

A few scholars, notably Hugh W. Nibley, eventually began to point to evidence relating to the Book of Moses in the ancient world. However, over-enthusiastic scholars (including myself) have not always been careful in their research and sometimes have farther in their claims than the evidence warrants. As a result, some of the early enthusiasm waned and, similar to what happened in biblical studies, the pendulum swung to the other extreme where comparisons of scripture to the ancient world became less common.

Now the pendulum is swinging back the other way. The studies that will be presented at the conference reflect the increasing maturity of the field, relying on newer methodologies to better assure the reliability of their results. The research has benefitted from better understandings of manuscripts from the ancient Near East.

Could you give us a sampling of some of the things that will be presented at the conference?

The keynote of the conference will be given on Friday night by Elder Bruce C. Hafen and Sister Marie K. Hafen. They will set the tone for the remainder of the program through their affirmation of the antiquity of the Book of Moses and their insights as former temple president and matron on how the story of Adam and Eve is inseparably connected with the Atonement of Jesus Christ within temple ordinances.

On Saturday, a full-day program including presentations on original research by well-respected scripture scholars will follow. The program will include:

The conference is co-sponsored by The Interpreter Foundation, BYU Department of Ancient Scripture, Book of Mormon Central, and FairMormon. Due to Covid restrictions, it will be live-streaming only. More details are available on the websites of each of the co-sponsors.

What do you make of the fact that so much of the Book of Moses points to the temple?

Scholars have often puzzled over why such a great proportion of the changes Joseph Smith made to the Bible are found in Genesis chapters 1-24. While some attribute this simply to a change in the way the translation was done after that point, it seems significant to me that many of the most substantive additions to the first half of Genesis and in other parts of the Bible deal with temple and priesthood themes. I have come to the conclusion that one of the important outcomes of the Bible translation was that it provided a revelatory tutorial to the Prophet on the priesthood and temple work.

Most of the presenters at the conference see the Book of Moses, to a greater or lesser extent, as a temple text. However, in contrast to the early chapters of Genesis that merely relate the events of the Creation and the Fall, the Book of Moses describes the purpose of the Creation and the Fall. It restores lost truths by outlining the central role of the Atonement of Jesus Christ in overcoming the effects of the Fall, enabling all people to undertake the journey of Adam and Eve in reverse so that they can eventually re-enter the presence of God.

Going further, it has been argued that stories in the later chapters of the Book of Moses, following the example of Adam and Eve, illustrate specific temple covenants that are unfolded chapter by chapter in the sequence that would be expected by endowed Latter-day Saints. Indeed, it has been suggested that temple covenant-making themes in former times helped dictate both the structure and the content of the material selected for inclusion in the Book of Moses.

Taken as a whole, the Book of Moses is one of several indicators that the Prophet Joseph Smith’s extensive knowledge of temple matters was the result of early revelations, not late inventions.

What else can we look forward to after the September conference?

In anticipation of the expected 2022 Come, Follow Me Old Testament curriculum, several Book of Moses resources are being prepared. Over the next few months, additional articles in Interpreter: A Journal of Latter-day Saint Faith and Scripture will appear. A weekly series of Book of Moses Insights that was initiated by Pearl of Great Price Central earlier this year will continue through most of 2021. A second Book of Moses conference will take place April 23-24, 2021, with Richard L. Bushman as the keynote speaker. The proceedings of these two conferences, along with supplemental materials, will be made available online and published in book form. The results of this research will be incorporated in a new Pearl of Great Price Study Guide that is slated for publication at the end of 2021.

Thanks for your interest, and please stay tuned!