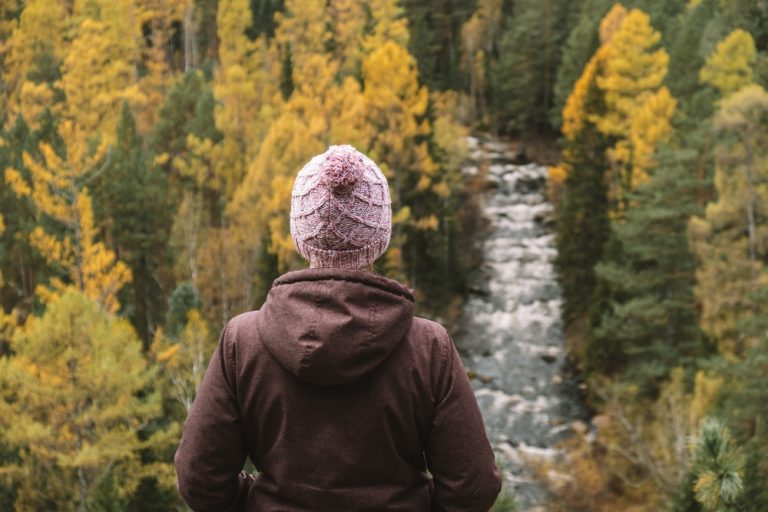 When pioneer day arrives every year, we remember the great story of the Latter-day Saints who moved westward in search of a dream. The dream of a Zion in the New World inspired Sister Hannah Braithwaite, who was converted and baptized in England in 1843. Like many English converts, Hannah and her husband, Rowland, wanted to join with the saints in America. They saved whatever they could for nine long years.

But, after Rowland died, the savings had to be used for other things and Hannah, now a widow, had to start all over without a husband to help her. Many friends suggested that Hannah should be content to live out her days in England, to which she replied, “I shall take my family to Zion if I ‘ave not but a box to sit upon.” Eleven years after Rowland’s death—after working and saving for twenty years—this resilient single mother realized her dream by beginning a long journey to the New World. She settled her family in Manti, Utah in a one-room home with boxes for chairs.

Charles Dickens remarked that Hannah and her shipmates were, “the pick and flower of England.” They were driven onward by a cause greater nobler than this world and the light in their eyes was the hope of Israel. Hannah’s story is inspiring because she did not let anything, including the death of her beloved husband, deter her from the dream of taking her family to Zion.

After saving money for literally twenty years to make the journey, many might have questioned the wisdom of spending her life savings on a journey to a place that she had only seen in her dreams. Many might have suggested that, after saving for twenty years, she was too old to make such a journey as a single mother. When people said these things, Hannah would have none of it. She made it clear that she was taking her family to Zion, even if it meant having nothing but boxes for furniture. Her legacy of faith includes a large posterity in the Rocky Mountains that now calls her blessed and thanks the Lord for her faith and perseverance in severe hardships and setbacks.

Hannah Braithwaite had a daughter by the name of Hannah, who eventually married a man named Thomas Boyington. Thomas was well-built and strong and was, at one time, a candidate for the King’s Guard. After being baptized, he migrated to Utah in 1856. Thomas was a member of the famous Willie Handcart company. Many members of this company died of starvation and exposure, and those left alive had little strength to bury them.

At one time, members of this company boiled and chewed rawhide from animals that had been dead for over a year to avoid starvation. Thomas wrote that one morning he awoke to find a dead man lying on each side of him. He wrote that, at one time, he was so near starvation that he laid down and begged the other members of the company to leave him to die. He later recalled, “I was so hungry that if someone had a loaf of bread on the other side of a raging bonfire—I would willingly have gone through that fire to get that loaf of bread to eat.” Thankfully, the other members of his company refused to let him give up and he reached Zion alive, met and married young Hannah, and had a full life in the gospel. His survival and faithfulness amid hardships is a testimony to his faith and the faith of those in his company—and the capacity of that faith to sustain us through the most severe trials this life can bring.

Lindsay Anderson Brady and his wife Elizabeth were approached by two missionaries, Wilford Woodruff and Warren Parrish, at their home in Washington County, Kentucky in 1835. Elizabeth and her mother insisted one morning that Lindsay attend a meeting with them. Lindsay repeatedly refused and angrily stomped off to the woods to split rails. After a short time, a voice told Lindsay to, “Lay down the axe and attend that meeting.” Lindsay looked around and, seeing no one, he concluded that it was the voice of the Almighty. He lay down his axe and hurried to the meeting.

Lindsay and Elizabeth were later baptized at Damon Creek, Kentucky by Wilford Woodruff. As a result of Lindsay’s joining the Church, his family disowned him. Less than a year after their baptism, Lindsay and his family set out for Far West, Missouri to join in the effort to build Zion. He and his family purchased a farm along Shoal Creek, which they later fled to escape mob violence.

Lindsay moved his family to Nauvoo where they became close friends of the Prophet Joseph Smith. Lindsay worked with the Prophet many days on the Nauvoo Temple. Lindsay and Elizabeth and their family wept at seeing the bodies of Joseph and Hyrum as they lay in state and rejoiced at the gathering where Brigham Young took the form and spoke in the voice of Joseph Smith to signify the passing of leadership.

Lindsay suffered great persecution at the hands of mobs and yet was among those members of the Nauvoo Legion who voluntarily stood down at the time the prophet was assassinated. At one time, Lindsay took refuge from a mob attack in a corn field. The mob combed the field and even parted the corn stalks where he was hiding. They were so close that Lindsay could actually see the whites of their eyes but, miraculously, he was not discovered and left the field unharmed. As mob violence increased and the saints were forced to move, Lindsay sold his comfortable brick home and productive farm for a log chain and two flat irons and moved west with the first company of saints. The story of his life is a testament to courage, vision, and the faith to move mountains.

The stories of Hannah, Thomas, and Lindsay and Elizabeth demonstrate how patience and faith in adversity creates spiritual power, how we benefit from the love and strength of others in moments of extreme hardship, and how miracles can be performed by a faith refined in the fiery furnace of consecrated affliction. But it means even more than that to me. You see Lindsay, Elizabeth, Thomas, and Hannah are my ancestors.

I am thankful for the generosity of early saints including the prophet Joseph Smith, Wilford Woodruff, Parley P. Pratt, and Samuel Smith for ministering to my family and bringing them the light of the everlasting gospel. I thank the suffering members of the Willie Handcart Company for spending a little of their waning strength to insist that Thomas Boyington get up from the frozen ground and carry on with his quest for Zion when he begged them to leave him to die. Without those faithful saints, I may not be here today.

I thank the Lord for giving Thomas the spiritual strength to rise to his feet and complete his journey when his body felt too weak to go on. I thank the Lord that Elizabeth Brady persisted in asking a stubborn husband to attend that first meeting with the missionaries and that Lindsay listened to the voice of the spirit and laid down his axe to attend the meeting. I can imagine that some might have dismissed the voice he heard rather than giving in to his wife’s demand. But because of that single act of faith in a frontier forest in Kentucky, generations of my family including hundreds of people have enjoyed the blessings of the gospel.

Because Lindsay listened to the Lord that day, the people I taught on my mission in a far country now enjoy the blessings of the gospel. Because he listened, people in Spain who my brother baptized now enjoy these blessings. Because he listened, people who my sister taught in Lindsay’s native Kentucky have embraced the gospel. This demonstrates how a little bit of leaven multiplies and leavens the entire loaf (Galatians 5:9). Because Lindsay listened to the voice of the Lord in the woods of Kentucky, thousands of people’s lives are different today.

As mid-singles, many of you have faced the hardships of single parenthood, the loneliness of life without a partner, dire financial shortages, the pain of rejection by those you have loved, and uncertainty about the future. Many have become disillusioned, felt the gospel plan was not working for them and abandoned it. Many have awoken to find spiritually “dead” people surrounding them and may have longed for death themselves.

The Zion we dream of is a loving eternal family, where we can live out the promises made to us when we were anointed to become kings and queens, priests and priestesses. For many of us, that dream was shattered and, for a moment, we may have wondered whether life had a point anymore. Like Lindsay, I hope you will hear and heed the voice of God in the wilderness; and that ten thousand generations of your family will call you blessed.