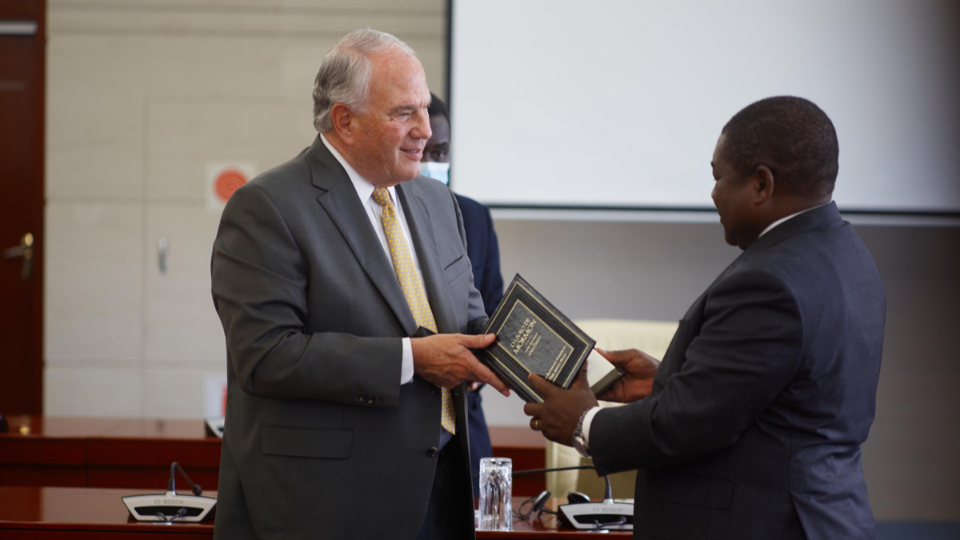 A meeting in Maputo, Mozambique, this week marked the first time an Apostle of The Church of Jesus Christ of Latter-day Saints met with a head of state in that country.

Elder Ronald A. Rasband of the Quorum of the Twelve Apostles and Mozambique President Filipe Nyusi met Thursday, May 19.

Their meeting began with prayer at the invitation of Nysui. Elder Rasband prayed for the country, for the Lord’s guidance to come to all leaders of the nation, and for the peace of Jesus Christ to be brought to existing conflicts in the land, reported the Church’s Africa Newsroom.

Elder Rasband thanked the president for allowing religious freedom in the country. “It’s no small thing to us that you and your government have created such a wonderful spirit of freedom of religion,” he said.

The Church of Jesus Christ has grown from 50 members in Mozambique in 1991 to more than 15,000 members today, with a temple to be built in Beira.

The temple, which is in planning and approval stages, is a beacon of hope to people in the country, who have dealt with challenges from COVID-19, political unrest, tropical storms and unemployment, Africa Newsroom reported.