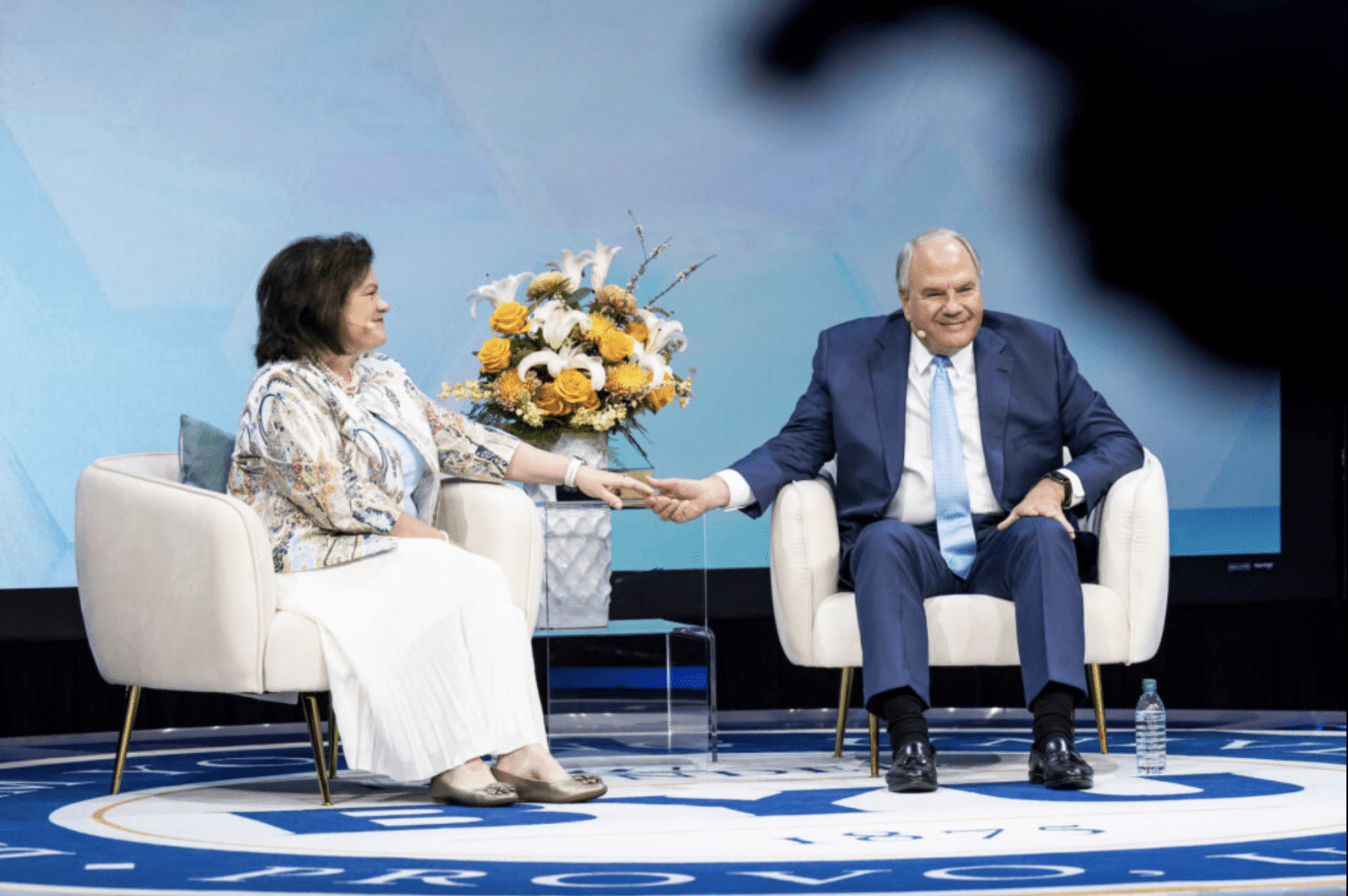 The doctrine of divinity within each person is clear, Elder Ronald A. Rasband of the Quorum of the Twelve Apostles taught at the close of the 2021 BYU Women’s Conference.

As stated in The Family: A Proclamation to the World: “Each [of us] is a beloved spirit son or daughter of heavenly parents, and, as such, each has a divine nature and destiny.”

“But do you believe it?” Elder Rasband asked. “Do you believe that you, a daughter of God, has work to do on earth as part of the eternal plan?”

Focusing on the divine destiny and the role of daughters of God in his remarks, Elder Rasband said, “You have come just at this time to valiantly build up the kingdom of God on earth.”

Elder Rasband and his wife, Sister Melanie Rasband, were the final keynote speakers April 30 at the two-day conference, which was broadcast from the Marriott Center at Brigham Young University and streamed live online.

Sister Rasband introduced her husband, saying that she had not originally married an Apostle. “I married a young man home from serving a mission for the Lord. … I knew he would honor his covenants, that he would be true to the Lord and to me, and provide for and help raise our family in the gospel,” she said.