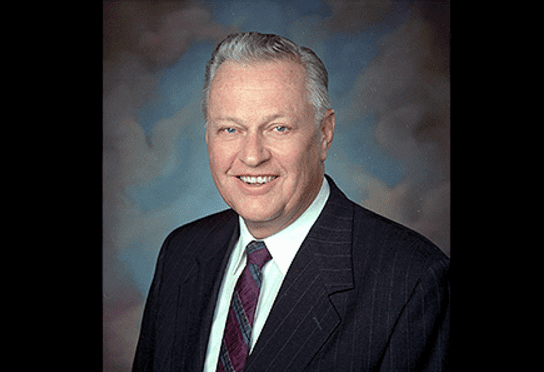 Elder Earl Merrill Monson, who served as a General Authority Seventy from 1998 to 2002, died at age 84 in his home in South Jordan, Utah, on Thursday, May 18.

Elder Monson was sustained to be a General Authority Seventy on April 4, 1998, at the age of 65 and served in that calling until his release on October 5, 2002. (Elder Monson, whose ancestry is Norwegian, is not related to President Thomas S. Monson, whose forebears are Swedish.)

Born on July 26, 1932, to Charles Horald and Ortencia Hendricks Merrill Monson, the leader was born and raised in Salt Lake City, Utah. As a young man in grade school he learned to play the bass fiddle and played in orchestras led by Dr. Frank Asper, then Tabernacle Choir organist.

He attended the University of Utah, where he earned a bachelor’s degree in architecture and met Donna Mae Hill. The couple was married on March 19, 1954, in the Salt Lake Temple.