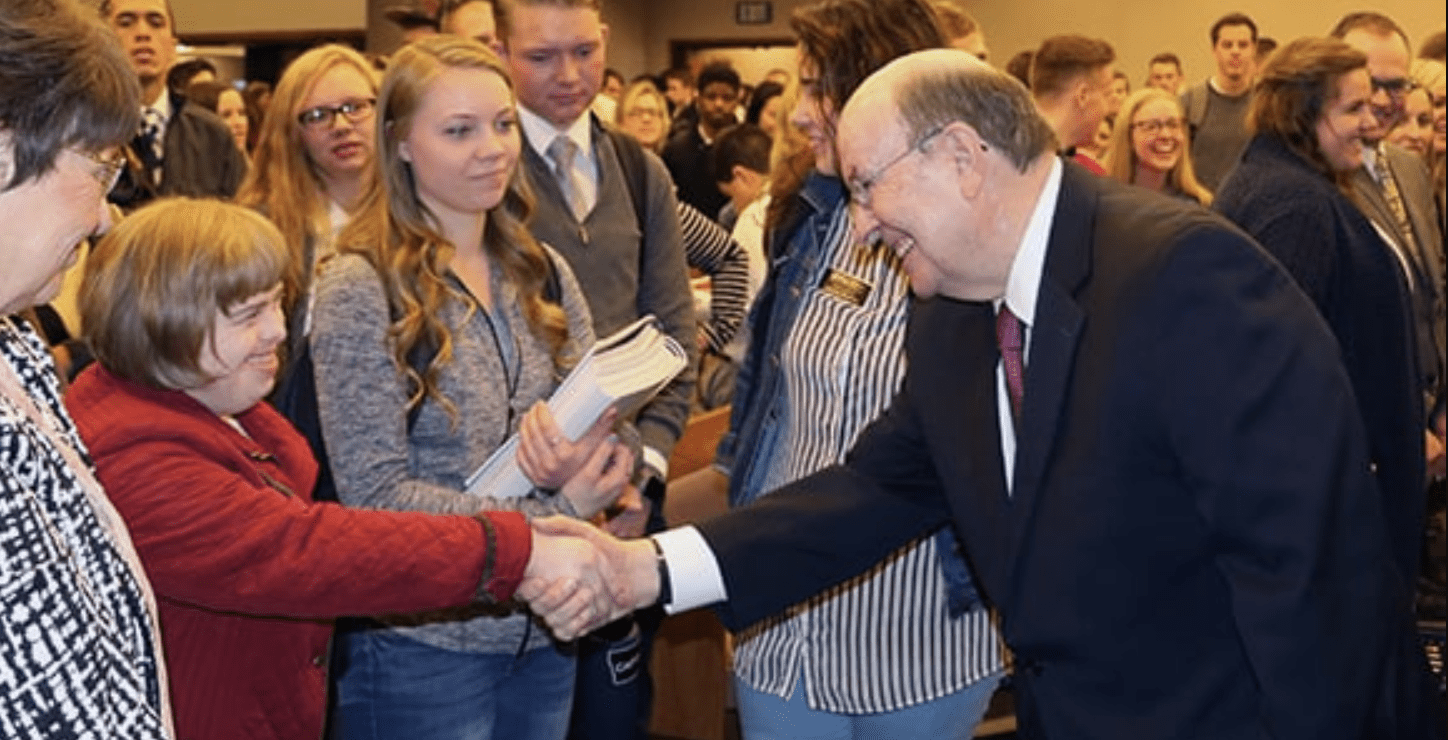 As a Stanford Law School graduate studying for the California bar exam, 25-year-old Quentin L. Cook was called to Utah to visit his dying, 86-year-old grandfather.

The grandfather shared his own testimony and had three concerns. First, he loved all his ten children, but was concerned for one who was less active. Second, he hoped that his own father and grandfather would approve of how he had lived his life. He pointed out that his father, David Patten Kimball—one of the Martin Handcart Company rescuers who helped carry weakened Saints across the icy Sweetwater River—died when he was 3 years old, and his grandfather was early Church leader Heber C. Kimball. He then cautioned his grandson to not feel any inappropriate pride or superiority because of his heritage. Third, he shared his anticipation of meeting the Savior, and he hoped that he had been sufficiently repentant to qualify for the Savior’s mercy, noting it is the most important meeting for all of us.

The grandson—now Elder Quentin L. Cook of the Quorum of the Twelve Apostles—recalled that visit as he spoke in a Friday devotional at the Utah Valley Institute in Orem, Utah, likening it somewhat to Alma the Younger’s counsel to his three sons in the Book of Mormon and underscoring the importance of the Atonement of Jesus Christ.

“All of us have sinned, and it is only through the Atonement that we can obtain mercy and live with God,” Elder Cook said. “I can remember to this day the great love that my grandpa had for the Savior and the appreciation he had for the Atonement.”

“Alma’s counsel to his sons on making spiritual and righteous choices is a great summary of the principles I have mentioned,” he said.

Alma, the son of Alma the prophet, was the chief judge of the nation, a high priest, and prophet himself, shaped by a miraculous conversion that he recounted to his sons. Helaman and Shiblon had made good choices; Corianton had made very bad ones and was the focal point of much of Alma’s counsel, as found in Alma chapters 36 through 42 in the Book of Mormon.