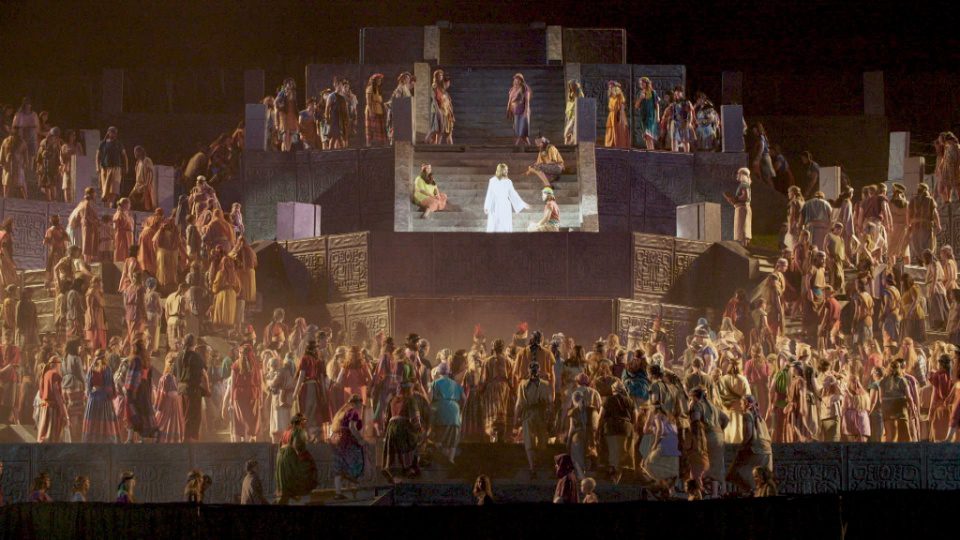 With the Hill Cumorah Pageant having come to a close, Elder D. Todd Christofferson of the Quorum of the Twelve Apostles participated in a virtual devotional on Friday, July 9, 2021, to pay tribute and to participate in a virtual broadcast of the 2019 pageant.

“I express profound thanks to each and all of the thousands who over the years, since 1937, have had any role in or made any contribution to the Hill Cumorah Pageant: America’s Witness for Christ,” said Elder Christofferson.

In October 2018, the Church announced that the Hill Cumorah Pageant would not be held after 2020. Due to the COVID-19 pandemic, the final pageant was postponed from 2020 to 2021. With the ongoing impact of the pandemic, however, the pageant was canceled and will not be held in future years.

For the past 84 years, the outdoor theater production showcased reenactments and portrayals of scenes from the Book of Mormon that are central to Latter-day Saints’ beliefs.

Elder Christofferson also quoted former First Presidency member Marion G. Romney’s description of the pageant as a tool that helped awaken souls and minds to know “that the heavens have been open anew, that God has spoken again, that Christ still lives and has revealed himself in this dispensation as He did in dispensations past.”