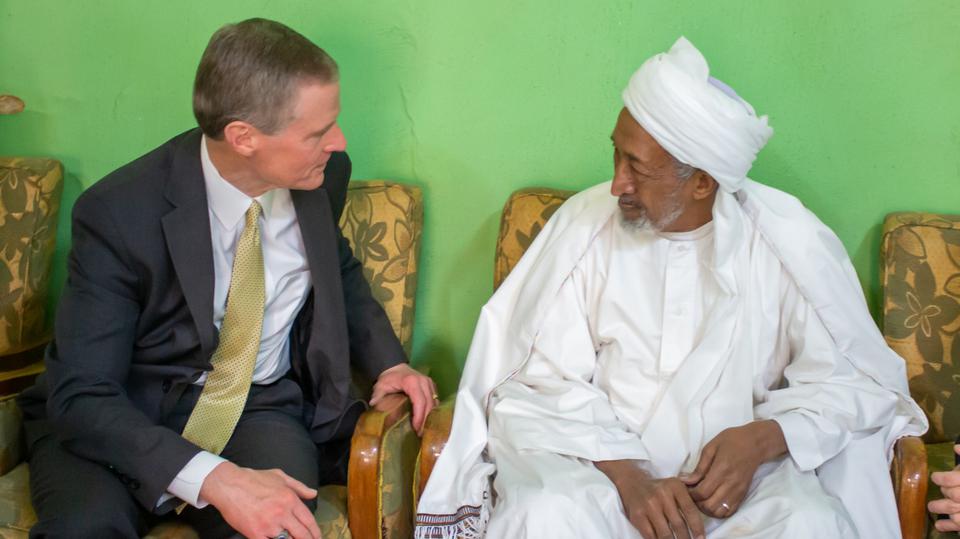 Elder David A. Bednar visited the Republic of the Sudan on February 8-12, 2020, becoming the first member of the Quorum of the Twelve Apostles of The Church of Jesus Christ of Latter-day Saints to visit the African nation. Elder Bednar was accompanied by his wife, Susan, during the four-day trip to the Sudanese capital of Khartoum.

Sudan is a country of 43 million people and is in a historic period of political and economic transition. Elder Bednar says there is a sense of hope for the future.

“There is a great optimism as we met with people in a wide variety of settings. They’re very eager for freedom, more freedom than they’ve had in the past, and the government seems very determined to be able to fulfill that promise,” he said.

Elder Bednar’s visit to Sudan was made possible by his warm relationship with Omer Dahab, who is Sudan’s former acting Minister of Foreign Affairs and Permanent Representative to the United Nations. Mr. Dahab has visited Church Headquarters in Salt Lake City, Utah, and participated in the International Law and Religion Symposium at Brigham Young University. Mr. Dahab and his son, Mohamed, helped facilitate a series of productive meetings with several high-level government leaders.