Elder and Sister Holland: ‘How Growing Up in Rural Utah Shapes a Life’ | Meridian Magazine 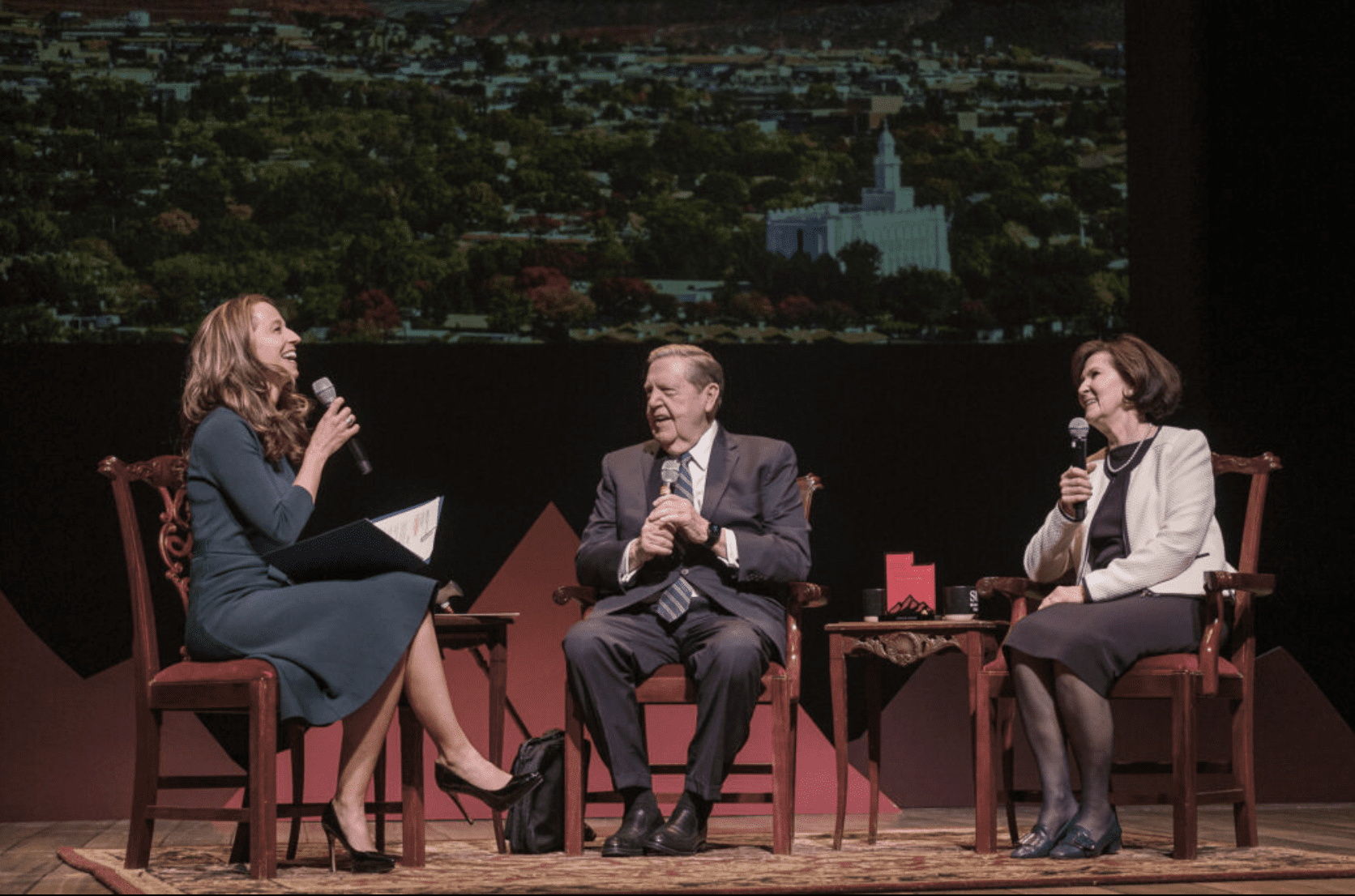 Elder and Sister Holland: ‘How Growing Up in Rural Utah Shapes a Life’

Moments after being honored with the Rural Legacy Leader award during the One Utah Summit at Southern Utah University on Oct. 5, Elder Jeffrey R. Holland turned his thoughts to the poetic prose of Robert Frost.

But Elder Holland of the Quorum of the Twelve Apostles thinks of his own youth in southern Utah when he hears those lines.

As a child, he took for granted the stunning red rock peaks and cliffs of Kolob, Zion and Snow canyons and of Cedar Breaks — set against a blue sky and the grandeur of the Pine Valley Mountains. He and his wife, Sister Patricia Terry Holland, still feel the pull of those colors and those lands. “Our identity is inseparable with the geology and terrain of southern Utah,” he said.