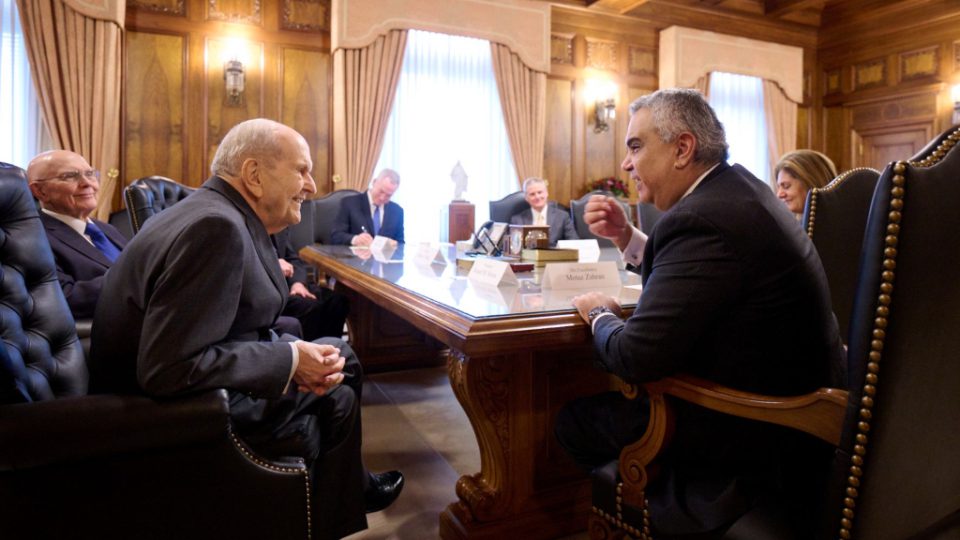 The Ambassador of the Arab Republic of Egypt to the United States visited the global headquarters of The Church of Jesus Christ of Latter-day Saints on November 17-18, 2022. His Excellency Motaz Zahran was accompanied by his wife, Mrs. Hala Elhusseiny Youssef.

As part of their visit to Salt Lake City, Utah, Ambassador Zahran and Mrs. Youssef met with the Church’s First Presidency, President Russell M. Nelson, President Dallin H. Oaks and President Henry B. Eyring. The distinguished guests were also honored at a dinner hosted by Elder David A. Bednar of the Quorum of the Twelve Apostles.

“I have been to Egypt several times. Our interaction with Ambassador Motaz Zahran in Utah was a delightful opportunity to be together and further our ongoing relationship with leaders from that ancient and still influential nation,” Elder Bednar said.

Faith and family were main topics of conversation, as priorities shared by both Latter-day Saints and Muslims.

“Over dinner, we were able to share with His Excellency the many shared values between Muslims and Latter-day Saints,” Middle East/Africa North Area President Anthony D. Perkins said. “We were also able to highlight a few of the many humanitarian projects the Church is undertaking in Egypt.”