Dealing with the Collateral Damage of Divorce | Meridian Magazine 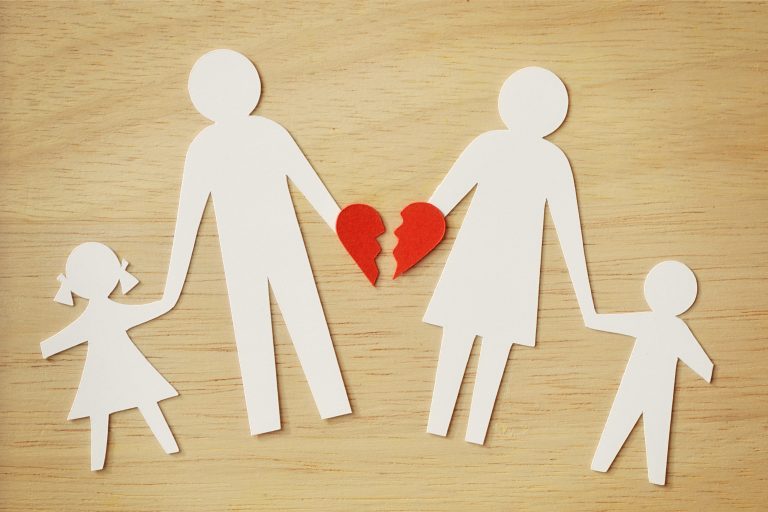 Dealing with the Collateral Damage of Divorce

As you may know by now, we released our long-awaited book, “Intentional Courtship: a Mid-Singles Guide to Peace, Progress, and Pairing up in the Church of Jesus Christ of Latter-day Saints,” on November 5th 2021, just over six months ago. Intentional Courtship contains a lot of counsel and information about coping with loss and recovery from pain and trauma through the power of intention.

One of the most unanticipated and difficult consequences of divorce is the impact it has on our relationships with in-laws and mutual friends. Some families and friends handle this well, but most do not. In the church, we have such a dim view of divorce that we tend to subconsciously believe that giving compassion or support to someone getting divorced is condoning divorce. Often this motivates people to stay away or to try to determine who was at fault in the divorce and then take the other person’s side—afraid of condoning someone’s unrighteous actions.

In families, we tend to be very tribal. The family tends to line up behind their blood relative, regardless of the circumstances, and have animosity toward the person their family member is divorcing. I remember a lengthy conversation on a Christmas Eve in 2008 with a sister-in-law who compassionately helped me come to terms with the fact that my marriage was over, and said I deserved a better life than I was living. She said I should get divorced. She wound up the conversation by saying that she was a supporter of my (former) wife, “because that’s my role.” The truth is, I didn’t mind if she was loving toward my former wife. I thought she could be loving toward both of us. But that was not her approach—at least at first.

The loss of relationships with my former in-laws was one of the most painful things about divorce. My former father-in-law had always treated me like a son. He and my mother-in-law had always been welcoming to me and treated me like part of the family. We had even lived with them for a few years when we moved to Washington, and I was getting a law practice going. My former wife’s brother went on a mission while we were staying there. I determined to write him every week and did so faithfully. When I first met him, he was nine years old. So, I have known him for almost 30 years, and he is in his late 30’s now. We were always good friends. But since the divorce the relationship has been more distant. That has been a very painful thing for me.

Overall, I felt a deep disappointment about something I believed I had learned about human nature. I had previously believed my former in-laws loved me for me, and not just because I was married to their family member. At the time of the divorce, our families seemed very tribal from my perspective. That was very painful and disappointing.

It is important to remember, when we are going through divorce, the alienation we feel tends to be heightened. Our deepest fears of rejection are triggered by the hostility or indifference of our most important companion. To a lesser extent, the experience is traumatic for the entire extended family. In many cases, they simply don’t have any education in how to treat or think about a former son or daughter-in-law or brother or sister-in-law.

During my years wandering in the wilderness of mid-singledom, I had sometimes wished I could call my father-in-law and just talk about things the way I could before. But the relationship seemed distant and even a little hostile.

Fast forwarding several years in this story, Cathy and I took a trip to Washington in the summer of 2020 and visited my son who lives up there. My former father-in-law invited us to stay in their home, which we did for two nights. Cathy liked them very much. There was some familiar talking and laughing and reliving past experiences.

At Christmas five years earlier, I had returned to Utah from Texas after getting divorced for the second time and laid off from my corporate job in Houston. My younger son was living with me at that time and his mother wanted to see him. She was in Utah for the holidays. So, I got together with my former wife and her brother and sister-in-law and their family and we all went to dinner. In my mind, that was an important moment of  healing. We had occasion to talk about what had happened with my second wife. In a funny way, my former brother-in-law and his wife were lining up behind me and being tribal in support of me, the same as they had done for my former wife when she was divorcing me. The irony of that was not lost on me. Even my former wife was supporting me and concerned for my well-being. At the time, I observed that Christmas was a time when we celebrated new life and the healing Jesus Christ had brought into the world. I was grateful to have had some.

Neither I nor my former-in-laws handled the situation well in the immediate aftermath of our separation. We were all in shock. There wasn’t a rule book or manual to tell us all how to behave. We had our pre-existing experience and expectations, many of which were not realistic or mutually shared. I still think we have a long way to go in healing all of the wounds that were caused by the divorce.

Having said this, my former in-laws are genuinely good people and I still love them. In their own way, I believe they still care for me. Ultimately, I have hope that our better angels will prevail. How do you create this? Let’s begin by being clear that you can’t create it by yourself. It is a matter of human agency. If your former in-laws won’t play, you can’t make them.

In most cases, you have some significant common ground to build on. In addition to your history together, your children are their grandchildren or nieces and nephews. You all love them and want the best for them. I involved my former in-laws when our son was having some issues because he was close to them. Realize that, because your children are their grandchildren, you will always be family in some way. To whatever extent it is possible in your individual situation, acknowledge that to them and let them know you want to have a good relationship.

With regard to friends, begin by telling your mutual friends that you do not need them to choose between the two of you. Let them know that they can be supportive and loving to both of you and it will not be awkward. One of my former wife’s college roommates did the final proofread of Intentional Courtship. When you read it, you will find that there are occasional statements about my divorce in the book. I honestly wanted to know from her whether she thought I had been fair to my former wife. (She did.)

I could give numerous other examples. Many friends that I met through my former wife have stayed loyal to me even as they have been loyal to her. That is the way I want it. That is the way I always wanted it. The transition of one relationship does not need to send the dominos toppling in every other relationship. We don’t need to line up behind one person or the other, and we don’t need to try to determine who is guilty. Our role as friends is just to love and support. Becoming tribal increases conflict, hurts the kids, and harms our other relationships.

If you are the one going through the divorce, your friends will be affected by that. But let them know you do not expect them to choose sides or be alienated from either of you. Let them know that their continuing friendship with your former spouse is okay with you.

Divorce is a significant event in the life of everyone who is divorced, in their extended families, and in their circle of friends. Many people handle it badly because there isn’t a lot of education or awareness about this in our culture. Good people can become tribal and even hostile.

Try to make it peaceful, even if the only thing you can do right now is restrain yourself from throwing gas on the fire. Give it time. Your divorce was not only painful for you and your children. It was painful for your extended family and friends too. When possible, reach out in love and healing—with the understanding that all involved have their agency in these matters and all involved have been hurt by the divorce.

If some people choose to reject you because your spouse did, there is not much you can do about that. You can simply maintain an open and loving disposition toward them. Their hostility does not mean we need to be hostile too. Do the best you can, while knowing that others may not always respond the way you hope. That is the path of light and healing.

Thank you for this article. I think it is so important to remember that no one truly knows what goes on in a marriage other than the two people in the marriage. Speculation and side-taking are hurtful forms of unrighteous judgement. I hope your words will help others to offer love and support for those who divorce.