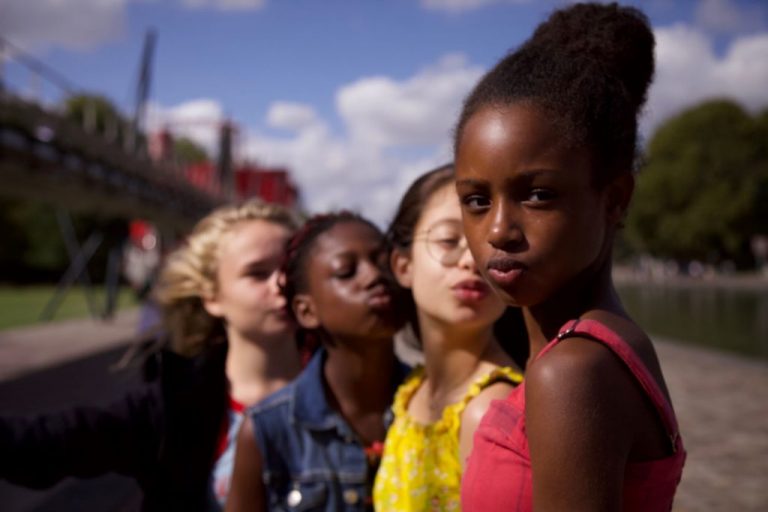 I have three daughters. When they were young, I gave considerable thought to how I could teach them the meaning of womanhood. I tried to fill their lives with examples of compelling and independent women. I believe in the power of good literature, and literature translated to film, to impart important life lessons and characters they could model their lives after. The only man in the house was my husband, and it was a good thing that he had a taste for “chick flicks” as we frequently watched Anne of Green Gables, Little Women, all the Jane Austen films, and Jane Eyre. Always on the lookout for strong female characters and themes that included courage and sacrifice, we included the Harry Potter series and The Lord of the Rings on that list.

Issues were as important as character. As my girls matured, we did not shy away from the hard topics like poverty, bigotry, sexism, and sexual abuse, to name a few, and our list grew to include titles such as The Perks of Being a Wallflower, Temple Grandin, Twelve Years a Slave, Schindler’s List, and The King’s Speech. My point in sharing this, and in the process opening myself to criticism – for I know some readers will object to the choice of films on my list – is that difficult topics portrayed on film will sometimes include scenes that make us squirm. Regarding art, BYU Professor of Philosophy, Travis Anderson once said, “…when we are seeking what is virtuous, lovely, good, and praiseworthy, it rarely comes…with everything objectionable completely refined out of it.” My object was to present information honestly, in an age-appropriate way, without it being degrading or gratuitous.

Cuties is a French film that tackles thorny issues thrown at us by the modern world, such as the challenges that immigrant children face finding their way in a new country and culture and the attendant tensions as those children question and act out against family values and religious teachings; family dysfunction; the pull of popularity; and the sexual exploitation of young girls. It had the potential to be a film that parents could use as a tool in discussing problems that children and families today face. Instead, it has been getting a lot of bad press for good reason.

Many movie critics have praised Cuties as an important “coming of age” film. The first known use of the term, “coming of age,” was in 1792 and it defined the process of “the attainment of prominence, respectability, recognition, or maturity.” Family and community prepared youth for adulthood – work, responsibility, and family formation. This was the great purpose of the teen years. But two revolutions, the industrial and sexual, changed all that.

That phase of life once termed “youth” became “adolescence” and found new purpose with a preoccupied search for “self.” There developed an almost presumed rejection of cultural expectations and family-held moral standards, as well as an obsession with sex and efforts to engage in it younger and sooner rather than later – like within marriage. Today, coming of age is about acting on, at ever younger ages, a growing list of rights and freedoms without any attendant responsibilities or obligations. Whereas coming of age stories typically focused on those on the cusp of legal-adulthood, today’s subjects may be barely pubescent.

Cuties tells the story of eleven-year-old Amy, a Senegalese immigrant from a conservative, Muslim family. Amy is trying to find her place in a permissive, liberal culture. She is also navigating the tensions that permeate her family as her father enters a polygamous union with a second wife. Amy, a newcomer, is drawn like a moth to the flame to the “cuties,” a group of popular young girls who, dressed in provocative clothing, gyrate their way through a succession of suggestive and highly sexualized moves in the hopes of winning a dance competition.

Cuties was an award winner at the 2020 Sundance Film Festival, so its creator, Maïmouna Doucouré, was shocked when Americans began a movement to cancel Netflix subscriptions, the streaming service promoting the movie. Netflix used a suggestive poster to advertise the movie that Doucouré claims misrepresents the purpose of the film. Doucouré says she made Cuties in an attempt to “make a big change in this world that hypersexualizes children.” Well, the poster may have misrepresented Doucouré’s purpose in making the film, but it was an appallingly accurate representation of both the content of the movie and her methods as a writer and director.

And therein lies the problem.

In drawing attention to the hypersexualization of young girls the way that she did, Doucouré sexually exploits her young actresses. They dress and dance suggestively, spreading their legs for an adult audience. The camera focuses on intimate areas of the body in skin-tight clothing while the girls bump, grind, writhe, pout and bite their lips. The cuties inappropriate antics continue off the dance floor: they watch pornography; Amy takes a photo of her genitals and posts it to social media and attempts to strip for an adult male in an effort to avoid punishment for stealing his mobile phone; she tries to film a boy’s genitals while he’s urinating; while the girls have a video chat with some boys, one girl offers to let a boy touch her “boob.”

It’s clear that while the girls behave provocatively, there is a level of naiveté in their conduct. Sadly, there will be some number of Cuties viewers that are decidedly not naive in their desire to watch this film. They will be able to gratify their prurient interest in pre-pubescent girls as often as they like – no questions asked, no eyebrows raised – for a mere $8.99 a month.

Film critics have offered overwhelmingly positive reviews of the film, describing it as “captivating” and “tender” with vibrant visuals. They describe Cuties as a story of a young girl exploring her “budding womanhood.” Doucouré says it is “bold” and “feminist.” Which reveals just how out of touch our society is when it comes to the well-being of children and the meaning of womanhood. In the eyes of film critics, artistic excellence outweighs discretion in protecting the innocence of the young. Postmodern feminism has deconstructed marriage and family as a form of patriarchal oppression and embraced raw sexuality as the symbol of emancipation. Young girls “exploring the meaning of womanhood” has become synonymous with learning to exploit themselves sexually.

Not a first for Hollywood

Hollywood is rife with examples of nudity and sexually explicit scenes that are straight-up pornographic. The difference is that the adults involved understand what they are doing. They know that their sex scenes will end up on some creep’s phone, out of the context of the message of the film and used to help him get aroused. Like the cuties they portray, these young actresses cannot possibly fathom what it is that they have done. But the adults that produced this film do.

Audiences are being conditioned to accept, then embrace, the sexualization and exploitation of children in a way previously unthinkable. Pro-family forces warn of the dangers of comprehensive sexuality education which is less about teaching children about what sex is, and more about grooming them to have sex. School curricula, movies, magazines, music videos and social media promote sexual emancipation with its focus on pleasure and rights, insisting that this deflowering of innocence is normal because humans are sexual beings and children are human.

We are witnessing society’s slide into depravity and our children’s innocence and safety are in the crosshairs. This movie may not be pedophilia, but it is just one more step towards its normalization. Some are already changing the language we use to define it. Dutch psychologist and criminologist, Madeleine van der Bruggen believes that pedophilia should be a designated sexual orientation. Others “rebrand” pedophilia with the use of euphemisms such as, “minor-attracted person” and “intergenerational intimacy.”

And this is what we are up against: a world where sensationalized movies about sexually provocative young girls are produced and marketed by people prepared to exploit children with the consent of their parents to the applause of critics and media who call it art. This does not bode well for our society. The day will come when a corrupt understanding of “consent” by a child developmentally incapable of understanding the consequences of his or her choices will be the only difference between an adult having sex with a minor and a sex trafficking victim rented out by her pimp.

Spoiler alert: in the end, Amy rejects the cuties and their self-sexualizing exploits and returns to skipping rope, an activity far more suited to eleven-year-olds. But we are left to wonder, what has happened to our civilization where parents allow, nay, encourage, their young girls to dance provocatively as they are filmed by a crew of adults to be watched on screens by even more adults, some of whom are no doubt motivated by perversion. How did the girls feel while they were groping themselves and posturing like Las Vegas strippers?

If they experienced some level of discomfort, how were they encouraged to get over it? Isn’t that the definition of grooming? Worse yet, if they weren’t uncomfortable, why not? What has gone wrong in the world of film that movie critics are so enamored with the artistry of a film that they can’t recognize the sexual exploitation of underage actresses? Why is it that movie critics would rather censure those who find this movie troubling by calling them a bunch of pearl-clutching prudes?

The good news is that we can protect our daughters from exploitation, and there are still great stories and movies that we can share with our children that can help us as we navigate the issues young people and families encounter today. There are still wonderful characters after whom our daughters can model their lives. We can still teach them that womanhood is really about the heart and the mind and the capacity to create and nurture life and not about sexually demeaning themselves. We can still do all these things. We just won’t use Cuties to do it.

I used to usher at venues in Salt Lake city where some of the performances were dance concerts featuring young girls. I and several of my fellow ushers were appaled at the overtly sexual movements in these dances. It is not good. Thanks for this article. I know I won't be watching Cuties and I hope Netflix loses lots ore subscriptions over their showing of it. They should be ashamed.