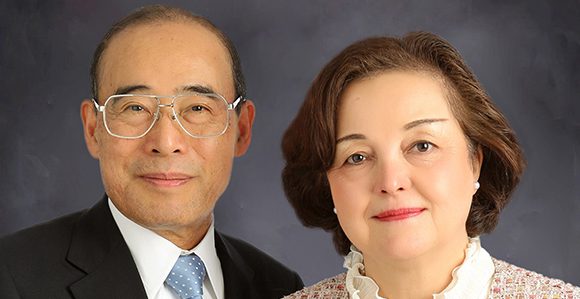 President Yasuo Niiyama, 73, died on April 28, 2017, while serving as president of the Tokyo Japan Temple. His wife, Tomiko Hatakeyama Moulton Niiyama was serving as temple matron. He served in that assignment since November 1, 2015.

“We express our deepest sympathies and condolences at the passing of our esteemed brother in the work of the Lord, President Yasuo Niiyama,” states a letter on the Asia North Area website, signed by the area presidency—Elder Scott D. Whiting, Elder Kazuhiko Yamashita, and Elder Yoon Hwan Choi.

President Niiyama has served as an Area Seventy, president of the Japan Sendai Mission from 1987-1990, regional representative, stake president, high councilor, and branch president. At the time of his call to be temple president he was a member of the Church Area Government Relations Council.

He was a member of the Japan Immigration Association and retired CEO of the Selnate Group.

President Niiyama was born in Kobe, Japan, to Yoshio and Tsujiko Murakawa Niiyama on April 25, 1944. He and his wife have seven children.

Funeral services were held May 1 in the Musashino Japan Stake Center.