Critical Race Theory and the Gospel of Jesus « Meridian Magazine 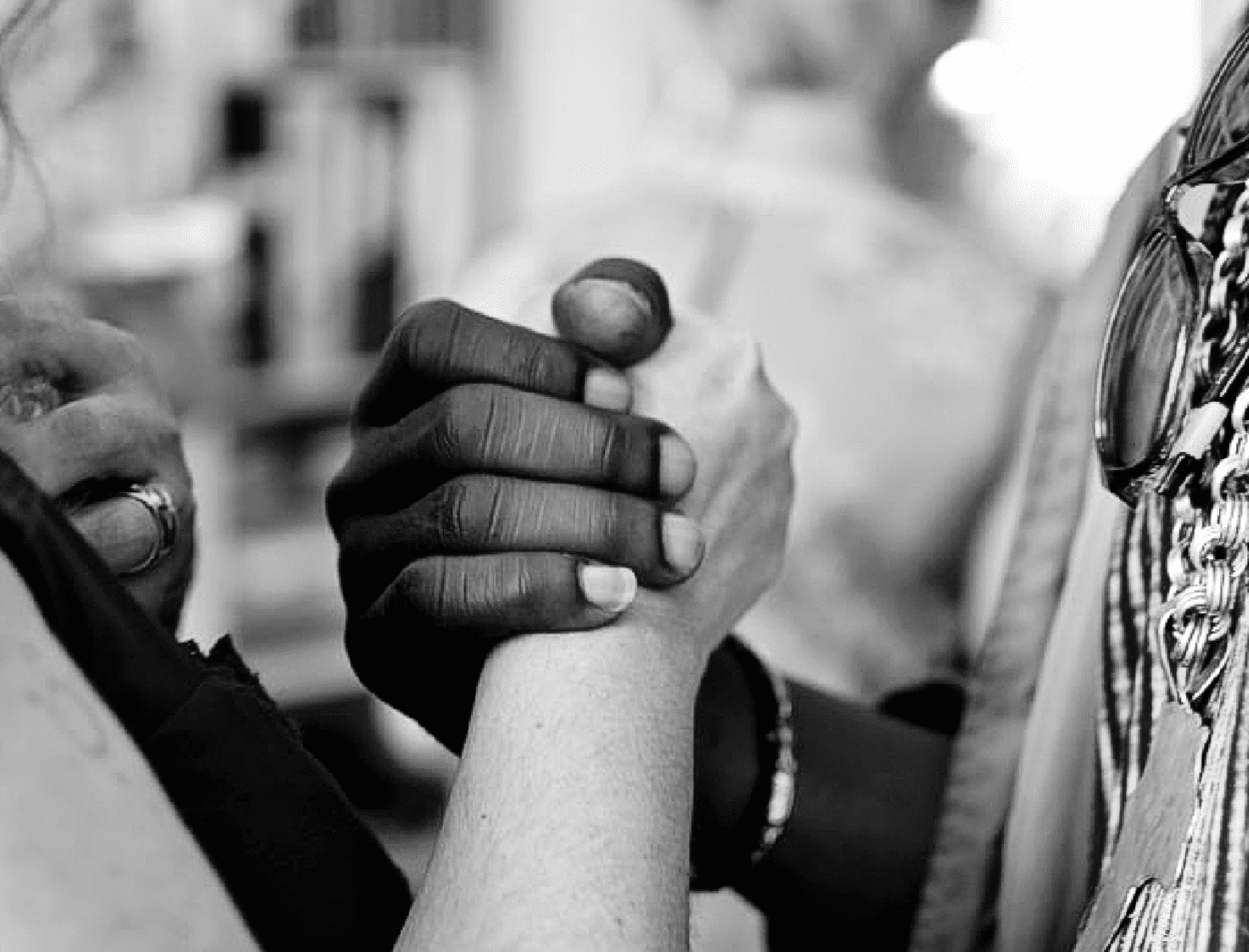 Critical Race Theory and the Gospel of Jesus

By Joseph Addington and Sheamus Mahoney Jackson Berthold · May 2, 2021

As Latter-day Saints, we treasure the commandment to “learn by study and also by faith.” The embrace of all that is true and good has been a fundamental part of our faith from the beginning. That is part of the reason we decided to attend BYU: it is a unique institution where education takes place in the light of the restored Gospel. With this in mind, we also understand that the integration of study and faith is an understandably delicate process; it is not always easy to determine how to live in the world while not being entirely of it. Nevertheless, when we enrolled here, we had the utmost confidence that BYU would be the best place to find and develop this cherished balance.

In line with President Russel M. Nelson’s counsel, President Oaks recently said “we must do better to help root out racism.” We fully expected BYU to take on this serious task. However, we have been dismayed that in doing so, many people here have been swept up by philosophies whose principles contradict the most fundamental doctrines of the Gospel. One such philosophy is that of Dr. Ibram X. Kendi, whose book How to Be an Anti-racist was recently proclaimed “Book of the Semester” by the BYU Kennedy Center and has been the subject of several laudatory faculty panels during the past semester. Dr. Kendi’s work is heavily influenced by critical race theory, and while his advocates here are sincere in trying to address the serious issue of racism, we would argue that perspectives derived from critical race theory have serious limitations in helping us as Latter-day Saints to root out racism. For us to truly address hate, as believers, we can’t help but insist that we must do so in accordance with the doctrines of the gospel. We have little hope to finally eliminate racism, for instance, without a foundation in the divine law of justice, a correct understanding of human nature, and a recognition of the central role Jesus Christ has as the Savior of both individuals and of society as a whole.

In contrast, advocates of critical antiracism assert that we should interpret reality primarily through the lived experiences of others—their feelings, thoughts, and personal identity—rather than through more objective measures. Under the banner of multiculturalism, they question widely accepted moral standards by which to judge our actions and argue for treating various lifestyles equally. For example, Kendi says “Cultural relativity [is] the essence of cultural antiracism. To be antiracist is to see all cultures in all their differences as on the same level, as equals. When we see cultural difference, we are seeing cultural difference—nothing more, nothing less.” In effect, this seems to clearly assert that there is no eternal or objective moral truth to the world by which cultures can be measured.

We believe that all cultures deserve respect. However, as Latter-day Saints, we also believe that there is a supreme moral law against which all people can be judged. All human beings are accountable before God for their actions in accordance with the eternal law of justice, and as such, all of us regardless of our ethnic or cultural origin should strive to perfect ourselves and our society in accordance with this eternal standard.

Critical antiracism tends towards creating a divided society, one which is made up of competing racial identities. Because race has created a huge amount of obvious injustice in the past, critical antiracists assert that only by emphasizing race in the present can justice be accomplished. As members of The Church of Jesus Christ of Latter-day Saints, however, we ought to reject this idea. Our understanding of the equality of human nature is based on our knowledge of the Plan of Salvation and our true nature as sons and daughters of Heavenly Parents. All of us are brothers and sisters and are equal before God. All have a divine identity and eternal potential, regardless of the physical circumstances of our birth or the color of our skin, and we ought to treat each other as such. With this understanding comes the responsibility to establish a virtuous and just society where all can exercise their moral agency and the liberty necessary to fulfill their physical and spiritual potential.

Perhaps most importantly, critical antiracism proposes an understanding of human action that we would argue undermines convictions in the Atonement of Jesus Christ, and the human ability and need to accept that gracious act. More specifically, critical antiracism prioritizes institutional questions, while minimizing the personal—e.g., in the name of “institutional racism” and “structural racism” and “systemic racism.” Such an understanding of the world corrodes an appreciation of agency to act for ourselves or the ability to be personally redeemed. As Brett Stephens of the New York Times wrote just this week: “The current model of anti-racism scoffs at [an emphasis on “individual autonomy” and “personal responsibility.”]  Instead, “divid[ing] the world into racial identities, which in turn are governed by systems of privilege and powerlessness.”

If, as Kendi says, “The problem is with the institutions, not the people,” then Christ’s Atonement seems secondary, at best—since simply reforming institutions is ultimately what is most needed to save society. Responding directly to the question of Christianity and anti-racism in a panel at Judson Memorial Church, Kendi underscored, “The job of the Christian is to revolutionize society, to liberate society from the powers on Earth that are oppressing humanity … Anti-racists fundamentally reject Savior theology, [which] goes right in line with racist ideals and racist theology.”

Why would critical antiracism reject “Savior theology” and the idea of His atonement?  Perhaps because it locates the responsibility for decisive action in each of us as individuals, rather than primarily in the external forces of institutions. While it is true that our circumstances influence us significantly, this does not erase our personal responsibility for our actions. We believe that racism is a sin, a deeply rooted part of mankind’s fallen nature, and as such cannot be purely institutional, nor can it be overcome by any amount of mental exertion or social coercion. Ultimately, the only way for us to overcome our fallenness is through the grace of Jesus Christ. We have the responsibility to repent and improve our behavior, but only He can transform human nature.

Critical antiracism has become common at many universities, and we have found its influence becoming stronger and stronger at BYU over the past year. For example, associate professor Ryan Gabriel, a member of BYU’s Race, Equity and Belonging Committee, spent the past semester giving weekly forums on the topic of race through the Kennedy Center, where he endorsed critical race theory as a tool for opposing racism on campus and suggested that students “reframe the way they think about Christ,” citing Kendi’s conception of Christ as revolutionary.

These intrusions are doubly concerning because the ideas of critical antiracists are proving to be increasingly destructive of free expression and open discussion which are vital to the intellectual life of a university. As Kendi states, “One either believes problems are rooted in groups of people, as a racist, or locates the roots of problems in power and policies, as an antiracist … There is no in-between safe space of ‘not racist.’” Any opposition, no matter how good-faith it may be, can be tarred as intrinsically racist and unworthy even of acknowledgment or consideration. For daring to oppose critical orthodoxy, the only remedy is confession and absolution.

Nor do such theories simply stay on the printed page. The rise of mandatory diversity training, bias reporting, and bureaucracies devoted to enforcing ideological conformity has made it a permanent and stifling presence on campuses and in businesses across the country. And now they are being strongly advocated at BYU.  What could be the harm of doing more of that?

For many people, there is a tangible risk in speaking out against such measures, and policies (especially once enacted): they may be censored, expelled, or even lose their job over such a disagreement. Kendi even advocates for such an unelected bureaucracy for the United States itself, “empowered with disciplinary tools to wield over and against policymakers and public officials who do not voluntarily change their racist policy and ideas.” In the name of equity, critical antiracism seems increasingly willing to wield the implements of totalitarianism, and such an oppressive infrastructure arises wherever these kinds of teachings become widely accepted.

Thus, while opposing racism in every form should remain a priority for Latter-day Saints and for BYU, it is vital that we reject the growing movement for critical antiracism on our campuses across the country—and perhaps especially at Brigham Young—as it conflicts with core Latter-day Saint beliefs and is counterproductive to creating a racially just society. As a unique institution focused on integrating study and faith, BYU must not be swept along with the dangerous tide of relativism endemic to the modern world. Instead, we believe this university can instead offer a substantive (and innovative) vision of racial justice based on eternal principles leading to a harmonious, virtuous, and just society.

A theory that is based in degrading one race to promote another is not coming from the Creator of us all. In fact it is of the adversary. As a teacher in a California performing arts public charter school, CRT and using everyone's preferred pronouns and honoring diversity are the main themes. None of it coming from any place of forgiveness. It's got a "revenge" edge to it.A BYU professor delivered a recent devotional about racism, which was in a very positive tone and in keeping with Gospel principles. But when he explained that we must all atone for the sins of others in the past, as the Savior did, with reparations, it took a detour doctrinally. First, it was the Savior's singular fore-ordained role to be the Savior of the World and to atone for us.We are Saviors on Mount Zion by being temple worthy and redeeming the dead with saving temple ordinances. The Second Article of Faith declares that we are not punished for other's (Adam's) transgression but only for our own sins.Moreover, my ancestors fought in the Civil War for the North. They opposed slavery. I cannot find any logic in the argument that I'm guilty of systemic racism.If we truly believe we are all children of God, then we will follow the Lord's simple commandment to love our neighbors as ourselves, to follow the Golden Rule: Do unto others as you would have them do unto you.No law or government mandate can change the hearts of people, and is more often the cause of increased discord. Being examples of the Lord's way and promoting those ideals in the public square in non-religious language will go a long way to help our brothers and sisters understand and model our examples of that better way as we go forward.

Talking about racism and it’s impact on our fellow brothers and sisters brings it to light so that it can done away with. History is full of examples of using religious teachings in a way that perpetuates racist systems. We would be wise to seek to understand those whose lives are impacted by racism. We would be wise to listen to the President Nelson and follow his example in taking the lead in ending racism.