Court to Lawmakers: It’s Not OK to Treat Churches and Businesses Differently During COVID-19 | Meridian Magazine 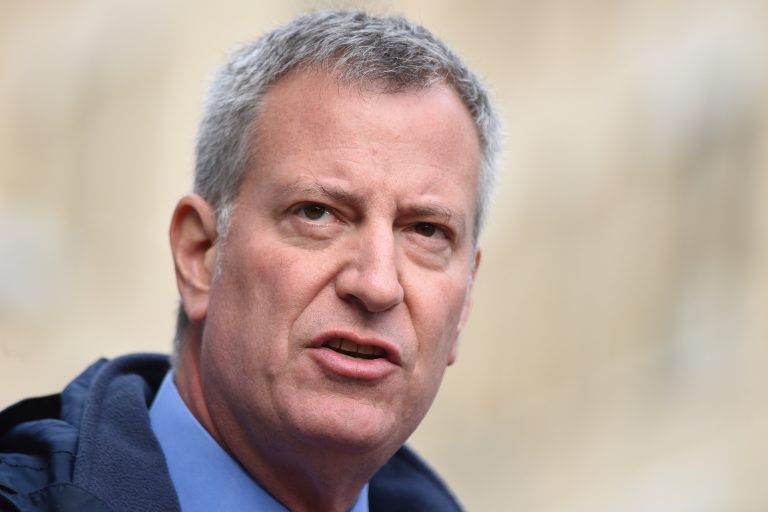 Court to Lawmakers: It’s Not OK to Treat Churches and Businesses Differently During COVID-19

You can treat churches differently — but you can’t get away with it. That was one federal court’s message to New York leaders late Friday, when it called out the state’s double standards on coronavirus orders. Hypocrisy, which has been spreading faster than COVID, won’t stand up to the legal challenge, Judge Gary Sharpe warned. Liberals may have selectively okayed mass gatherings, but the Constitution isn’t a document of “freedom for me, but not for thee.”

For a lot of religious groups, Friday’s injunction was a long time coming. Over the last three months, churches and other houses of worship have watched as local leaders — not just in New York, but all over the country — have tried to put the screws to congregations in the name of virus prevention. After weeks of unequal treatment, the George Floyd protests seemed to be the final straw. At the request of two priests and three Jewish practitioners, Thomas More Society took Cuomo and NYC mayor Bill de Blasio to court, where the disparity was embarrassingly obvious.

When the injunction was announced, Special Counsel Chris Ferrara was pleased to see the court “see through the sham of Governor Cuomo’s ‘Social Distancing Protocol.'” On “Washington Watch,” Friday, he could only shake his head at the Left. New York leaders “[were] approving mass protests over the death of George Floyd, which is classic First Amendment protected activity. People have the right to do that… There were also Juneteenth celebrations in the thousands. All of this is classic First Amendment activity. The only problem is it contradicts the entire regime of social distancing, which they claimed was necessary to save lives. Well, nothing is [riskier] in terms of spreading a virus than 5,000 people or 10,000 people marching across the Brooklyn Bridge, which they have no problem with. So the double standard basically dealt a death blow to their social distancing regime, both outdoors and indoors.”

Essentially, he pointed out, Cuomo and de Blasio were trying to squash gatherings they didn’t like — “namely religious gatherings and others to 10 people in the lower half of the state.” Of course, at the same time that thousands of people were marching in Brooklyn, the police were taking Hasidic Jewish children out of a local park. “The disparity was just intolerable. We just saw that this was a double standard that could not be sustained under constitutional scrutiny.”

In his decision, Sharpe makes it clear that there wasn’t even the appearance of a level playing field. “Governor Cuomo and Mayor de Blasio could have just as easily discouraged protests, short of condemning their message, in the name of public health and exercised discretion to suspend enforcement for public safety reasons instead of encouraging what they knew was a flagrant disregard of the outdoor limits and social distancing rules,” Sharpe continued. But by acting as they did, Governor Cuomo and Mayor de Blasio sent a clear message that mass protests are deserving of preferential treatment.”

But even putting aside the Floyd protests, the judge pointed out that offices, shops, salons, and restaurants are all allowed to open at 50 percent capacity indoors and all “involve the congregation of people for a length of time.” “These secular businesses/activities threaten defendants’ interest in slowing the spread of COVID-19 to a similar or greater degree than those of plaintiffs’ and demonstrate that the 25 percent indoor capacity limitation on houses of worship is underinclusive and triggers strict scrutiny review.”

Very simply, Chris insisted, “people should be treated equally regardless of the purpose of their gatherings. You cannot cabin religion in a 25 percent indoor occupancy category… There’s no basis for it other than anecdotes and superstitions about how houses of worship are somehow viral danger zones, unlike supermarkets, bagel stores, offices and even restaurants.” He pointed to northern New York where some restaurants were putting tables of 10 just six feet apart. “So the activities that they were allowing are not different from indoor religious gatherings in any meaningful sense that involves public health. So [Sharpe] said what’s good for the goose is good for the gander. And all religious gatherings should be on the same level as secular in those gatherings.”

Well said. Thank you for the great article. Hoping to see changes. Elder Bender's speech was most welcome. Such hypocrisy in this nation.