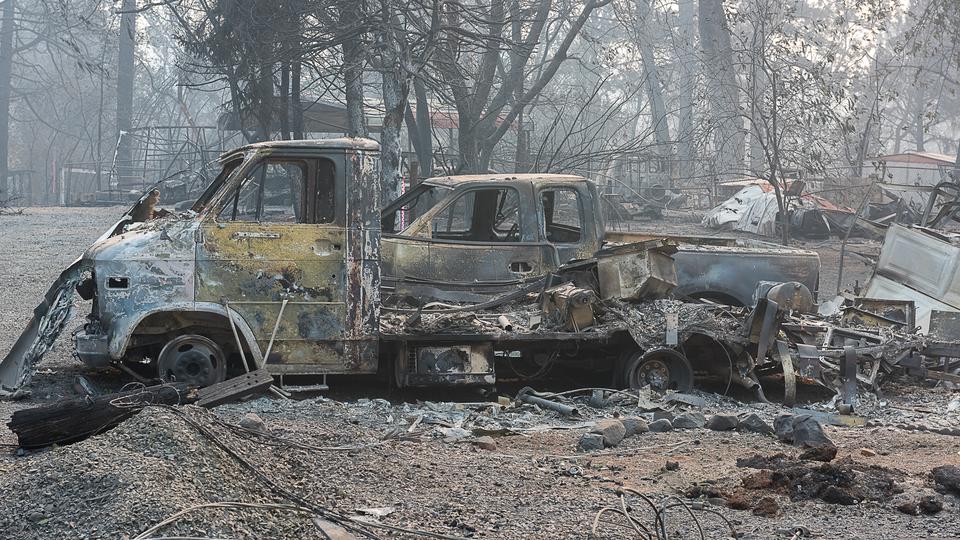 In the aftermath of the deadliest wildfire in California history, members of The Church of Jesus Christ of Latter-day Saints are reaching out to those who need help.

Several hundred people gathered Saturday morning at a warehouse in Oroville, California, to fill 5,000 food boxes for victims of the Camp Fire. That fire heavily damaged the town of Paradise and surrounding areas and has displaced tens of thousands of people.

The supplies, donated by the Church, also included 5,000 personal hygiene kits filled with towels, toothbrushes and other toiletries. Church members from the Gridley California Stake (a group of congregations) joined the community to prepare the materials for distribution to fire victims.

Linda Dahlmeier, mayor of Oroville, praised the work of the volunteers who showed up on very short notice.

“It’s amazing,” said Dahlmeier. “This word was put out last night and this is what we have today.”

“It warms my heart,” added Keith Stutznegger, a Latter-day Saint who helped recruit people to join the service project. “This is what the Savior wants people to do is help others. It’s what it’s all about.”

Rosa Howald, a 15-year-old Latter-day Saint from Oroville, was one of those who showed up to help.

“I have friends up there, and I know a lot of people that just lost their homes,” she said as she filled a box of food. “I know just this little bit will help.”

The impact of the fire has been widespread and devastating, including in one congregation in Paradise. Roughly 95 percent of the Church members lost their homes there. The congregation’s bishop, Robert Harrison, and his wife, Gretchen, are among them.

“There were times when we were evacuating that I didn’t know if we were all going to make it back together again,” said Gretchen Harrison. She said she is now comforted by seeing “people come together and support us and love us and just take care of us when we can’t do it ourselves.”

Brynn Chatfield, a Latter-day Saint from Paradise, also lost her home, as did her parents and three siblings. As the flames overtook her hometown, she and her husband fled down the mountain. She prayed as they drove.

“That was a very important conversation with my Heavenly Father,” said Chatfield. “It’s made me realize how many people use prayer in their lives and how important prayer is, and actually how simple prayer can be.”

In the days following the fire, many have offered prayers and jumped into action.

In Chico, California, members opened the doors of a meetinghouse to the community. Anyone was able to stop by and pick up a variety of supplies, including clothing, shoes, toiletries, food and other items.

Beth Brogden, a Paradise resident, happened to stop by the meetinghouse Friday and was surprised to see what was inside. She left with supplies that she and her friends — who all lost their homes — desperately need.

“We all had to get out so quickly we didn’t have time to empty our houses,” Brogden said. As she looked through all the supplies available at the meetinghouse, she wept. “It’s awesome.”

“The way people have pulled together and in moments of their own personal desperation reached out to one another is absolutely overwhelming,” said Elder Pearson.

At one visit, Elder Pearson met with a man who lost his home and is staying with his parents. The Church leader presented the man with a picture of Jesus Christ carrying a light in the darkness.

“When things seem at their worst and you don’t know how you’re going to figure it out, I’ve learned from my own life that He’s there,” Elder Pearson said.

The road to recovery will be long, and many are simply taking it one day at a time. But those who have lost everything have also found ways to stay positive in the face of widespread devastation.

“We hear how bad the world is, but we have seen so much good,” said Chatfield. “We can definitely feel the prayers and the strength from others.”