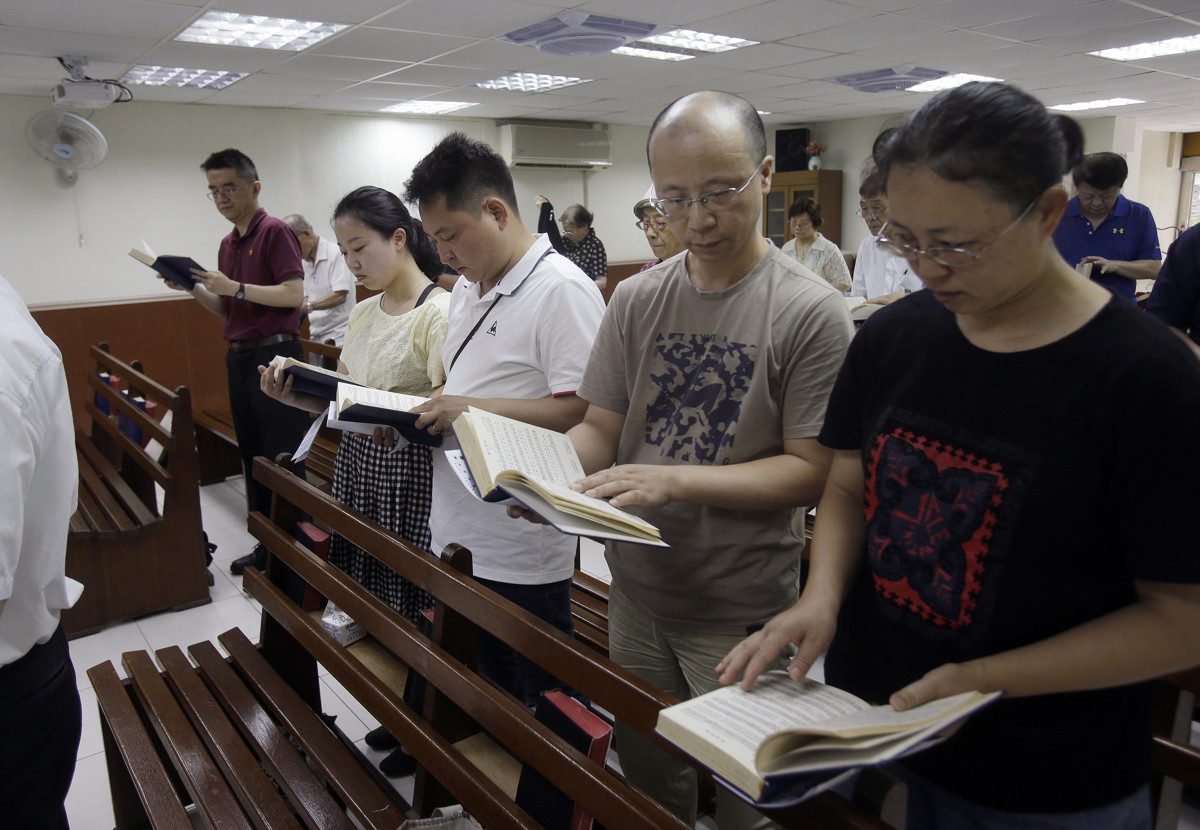 The Sunday service this week at an unassuming church in Taiwan was especially moving for one man. It was the first time Liao Qiang had worshipped publicly since authorities shut down his church in China seven months ago.

The 49-year-old arrived in Taiwan last week after fleeing China with five family members. He and his 23-year-old daughter, Ren Ruiting, described living under constant surveillance for the past seven months after authorities detained them and dozens of other members of their prominent but not government-sanctioned church in December.

China’s ruling Communist Party has carried out a widespread crackdown on all religious institutions in recent years, including bulldozing churches and mosques, barring Tibetan children from Buddhist religious studies and incarcerating more than a million members of Islamic ethnic minorities in what are termed “re-education centers.” President and party leader Xi Jinping has ordered that all religions must “Sinicize” to ensure they are loyal to the officially atheistic party.

In contrast, Taiwan’s democratically elected government has long taken a hands-off approach to religion on the island, where most follow Buddhism and traditional Chinese beliefs, but where Christianity and other religions also thrive.

Liao and Ren’s account is the first detailing what has happened since the detentions began at the Early Rain Covenant Church. It shows the determination of the Chinese government — and the lengths it has gone — to eradicate a congregation that has long been a thorn in its side.