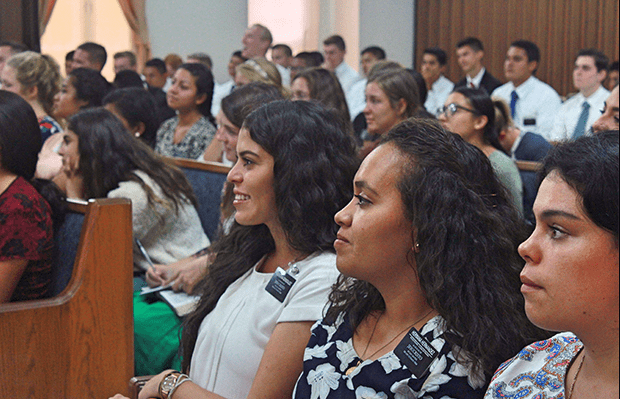 The youth had flocked to the meeting in numbers far greater than expected; when the building reached capacity, some were turned away and had to participate in the meeting via technology.

“These are the children of Lehi and the children of the prophets,” said Elder Gerrit W. Gong, then of the Presidency of the Seventy, who accompanied Elder Cook. “The promises of the Book of Mormon include them.”

Central America is known for stunning landscapes and kind people, in addition to economic hardships and crime and violence.

But, Elder Cook said after arriving in Central America, the negative aspects of the area were not the prevalent feeling. “The feeling is that it is a wholesome place, that it is a family place. It is a place where people who have religious observance in the home are really very blessed. They stay close together in a multigenerational way. … There is a bright future for Central America. I think you go away with the feeling that things are going to get better and better.”