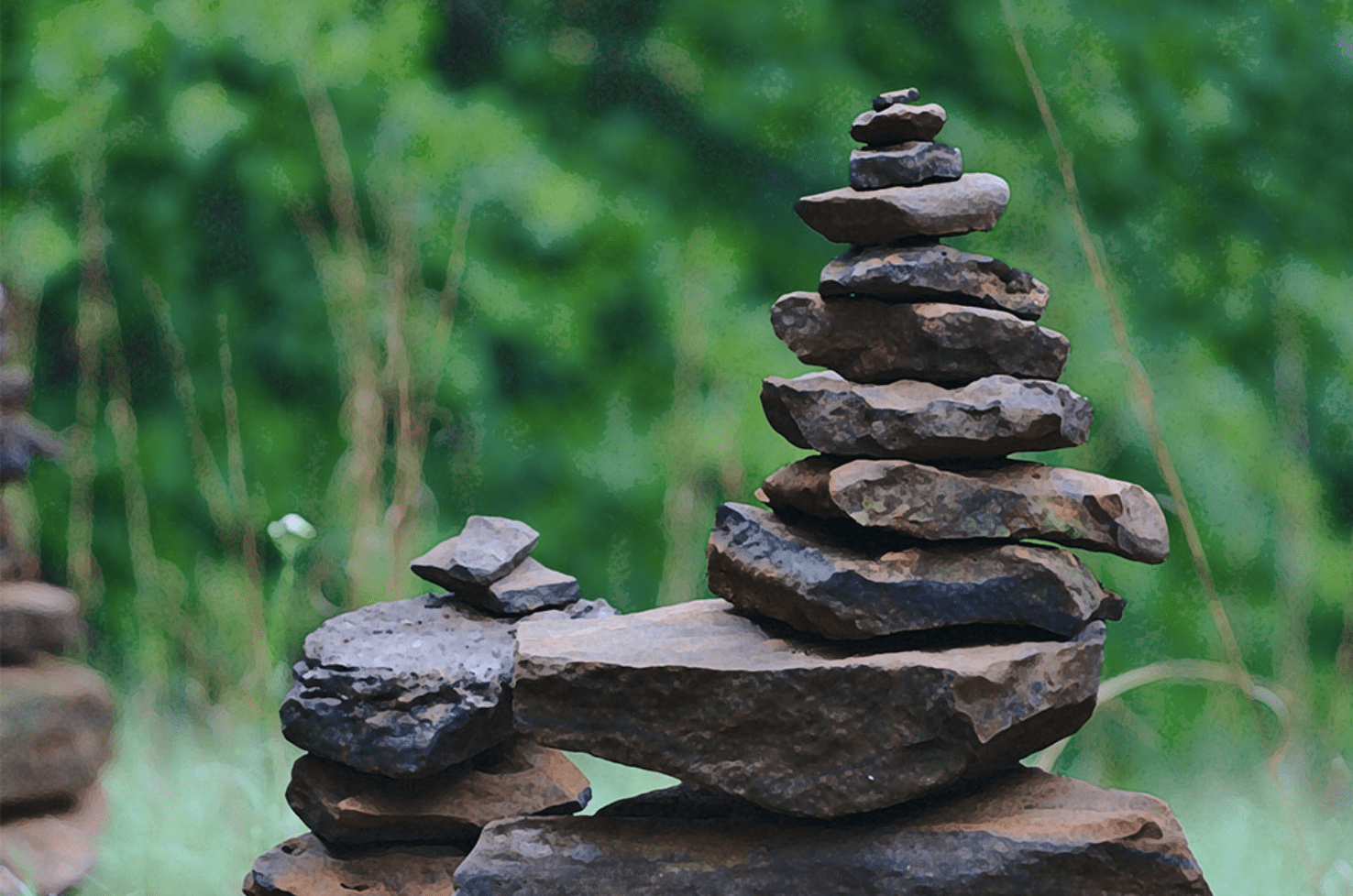 Can Religious Freedom Heal the LGBT+ and Faith Divide?

I walked into the courtroom—the McCartan Courtroom at Notre Dame Law School—feeling out of place, anxious, nervous, and not knowing a soul.  My identity as a Protestant pastor—a gender-queer, bisexual one at that—only added to my feeling of impending doom.  Why the leadership of Notre Dame had invited me, of all people, to speak at their inaugural religious liberty summit I couldn’t begin to imagine.  But whatever the reason, I regretted saying yes, and hoped that I wouldn’t be publicly shamed during my talk—if nothing else.

Earlier that week I had a message from a young lesbian in Kenya, “You can’t be Christian and be gay, it’s against the Bible.” Then she said, “But I hunger for God. If I was given to choose, I could not have chosen to be gay. [I am] a very spiritual being despite being gay. [I am] just being honest with myself, and I want the people around me to know the real me. My attraction to [the] same sex and my love to them has no effect [on my] desire to serve Jesus Christ. I am born again by faith.  I desire to be like Jesus. I will sit at the same table with all, show them my faith with how I treat a fellow human, [and] how I love my neighbors no matter who or how they are.”

This young woman, who we will call Lydia, is one of countless LGBT+ (lesbian, gay, bisexual, transgender, or queer/questioning) individuals worldwide who, despite societal and community pressure or outright persecution, maintains a relationship with God – despite often being outright denied the opportunity for corporate worship (in her case, Christian worship) or faith community.  These individuals are too often told that “God hates (them),” publicly and privately, and are subject to physical punishment including forced exorcism and “corrective” rape, yet their faith is unshakeable.

On the other side of the world, in a ballroom at the storied Omni Shoreham Hotel Washington, D.C., hundreds of religious freedom proponents gathered on another occasion during several days in early August 2021 to attend the first International Religious Freedom Summit. During the months leading up to the summit, fierce debate occurred behind the scenes about the inclusion of LGBT participants.  Four special meetings were held, with the final decision being “no.”  I attended anyway, closeted at a glance, but an out, genderqueer bisexual to anyone who knew my name.

As an LGBT+ person, why bother with religious freedom, the obvious enemy of LGBT+ rights? I hear this question all the time, along with its counterpoint directed to conserving religious individuals engaged in religious freedom legislation: “Why should your religious beliefs trump my right to even exist?” When my colleagues on the left consider me—a long-time advocate and activist for LGBT+ people—it seems to many that I am on a fool’s errand, or worse. The two ideologies not only seem incompatible—it appears a zero-sum game.

Back in the McCartan Courtroom on the University of Notre Dame campus, I thought of Lydia.  Lydia was now a faithful leader of weekly Bible studies in Kenya with other born-again Christians who share the gospel with each other, caring for each other’s food and medical needs because no one else will.  On the spot, I decided to change my direction that morning, moving from a purely academic talk about the principles of religious freedom and instead telling my own story of a bisexual, genderqueer woman married to a woman in Utah.  I scanned the other faces, composed of the bishops and high church leaders of conserving denominations.  I saw some sitting back in their chairs, but some were leaning forward. There was one man who positioned himself in the center of the auditorium, waiting for me to notice him. Each time I looked his way as I spoke, he pointedly turned his back to me.

I learned years ago that where there is energy around an issue, there is potential.  In 2012, when I was trying desperately to find help, any help, for LGBT+ youth experiencing homelessness, it was only after finding a conserving Latter-day Saint who was also working as a legislative aide that everything changed. This unlikely partnership, and then deep friendship, resulted in changes in the law that allowed homeless youth to be sheltered, and then a series of homeless youth shelters throughout Utah.  In the religious freedom movement, I saw similar energy, and I was determined to find a way that religious freedom could benefit LGBT+ people of all faiths and no faith.  I never imagined, however, that I would discover what I believe is the key: covenantal pluralism.

Later that morning, at lunch, a man made his way over to me and thrust out his hand.  “I’m Tim Dolan,” he said, the title of ‘Cardinal’ unnecessary.  “It’s my honor to meet you.”

Covenantal Pluralism is a way of living faithfully with our own religious beliefs (or nonbelief), values, and conscience, while at the same time being aware that people next door and across the world have their own religious beliefs or nonbelief, values, and conscience as well.  According to the principles of covenantal pluralism, each of us has our own human dignity, and your expression of your human dignity may be like mine, or very different, and yet—yet we don’t hate each other, or even tolerate each other. Instead, here is where it is a revolutionary, new concept, and an old concept at the same time:  covenantal pluralism calls for each of us to be in a real relationship with each other.  Not just any relationship, however, but a relationship informed by our own values and deeply respecting, even while not agreeing in every way—or maybe not in any way—with someone else.  This relationship is also marked by covenant—by promising to advocate for fairness and equal respect for each person and to seek for every person to share their ideas openly, particularly those who are a minority for whatever reason.

It almost sounds too good to be true, à la “Covenantal pluralism consists of pie-in-the-sky directives that are the result of hopefulness that our world won’t self-destruct—if only we could learn to treat each other better.” Except … I’ve seen covenantal pluralism work.  And I have seen it work in exactly a circumstance that seems intractable if not impossible:  the contentious and contemptuous arena of LGBT+ and religious freedom.

Consider what Sam Brownback, the former United States Ambassador at Large for International Religious Freedom (2018-2021) had to say in a recent interview, responding to whether religious freedom is “just the right to be opposed to the LGBT community”:

“It’s not that at all … ‘the countries in the world that are best on religious freedom tend to be best on LGBT rights as well.’ Because it’s about the dignity of your individual choice. You are created in the image of God to make your choices as you see fit. I may agree or disagree with them, but you’ve got that right. And I think we’ve got to back up and teach what religious freedom really is, because when you get it to its basics, people go, “Well, I agree with that.” And because it’s just a foundational piece to being a human, at the end of the day. And we’re saying governments have to protect that right of you to be a dignified human, which we all would agree with”  (“Into the Deep Podcast,” 2021).

Brownback in turn was quoting  Dr. Brian J. Grimm of the Religious Freedom & Business Foundation whose research has shown that LGBT+ rights and religious freedoms often go hand in hand.

This interview was given by Ambassador Brownback in his role as co-chair of the first IRF Summit which tried (and often succeeded) to embody the covenantal pluralism principles that the Summit’s convening organization, the International Religious Freedom (IRF) Roundtable, is known for.

The IRF Roundtable is comprised of multiple working groups representing various regions or areas of interest which then come together weekly to hear from and then opt-in to advocate for each other, worldwide. On each meeting announcement is this reminder, with bolded statements carried over from the original: “IRF Secretariat has always promoted a safe space where survivors of persecution and representatives of all faiths and none can pull together and stand up for each other’s freedom of thought, conscience, and religion on the basis of mutual respect, trust, and reliance. Everyone shall follow the Golden Rule and respect the right of each individual participant. Participants may not start arguments, speak ill of, or in any way target or attack any individual participant or group.”

The IRF Roundtable is but one example of covenantal pluralism in action to heal religious freedom divides—I am now part of several similar religious freedom initiatives.  In each instance, I have been nervous to participate—after all, religious freedom spaces aren’t generally known for being friendly to LGBT+ people!  Yet each time I have been surprised by both intentional welcome and spontaneous warm relationships with people from organizations that are commonly seen as being hostile to the LGBTQ community.  I’m not alone.

One afternoon I watched representatives from far-left and the far-right organizations discuss how they had been working together and found not only a shared purpose—seeking common ground around LGBT+ and religious exemptions—but also being surprised by actually liking each other, and then realizing how close they had become, dear friends, even.  The stories were similar, religious conservative sharing, most often with tears, how their lives and their faith had been utterly transformed by knowing, and then caring deeply for their LGBT+ colleagues, now dear friends, and even chosen family.  One very conservative faith leader had this to say: “My life— my faith—is so much richer and more meaningful for having (LGBT+ people) in my life.  I never realized what I was missing.”

LGBT progressives shared as well, tears streaming down their own faces, about how someone they thought they hated actually was someone they now considered family, and that the faith they had turned their back on was once again a cherished part of their life.  “I had been told God hated me, so I hated him and the church right back.  I hadn’t even thought about God for years, but now, after (these relationships), I find myself exploring faith again, and exploring who God is for me.”

In their 2020 article, “Toward a Global Covenant of Peaceable Neighborhood” several leaders at the Templeton Religion Trust summarize the philosophy of covenantal pluralism as follows:

Correction: The article originally ascribed the quote “The countries in the world that are best on religious freedom tend to be best on LGBT rights” to Sam Brownback.  Brownback was quoting Brian J. Grimm. The article has been corrected.