BYU: The Unseen Danger When the “Y” was Lit in a Rainbow « Meridian Magazine 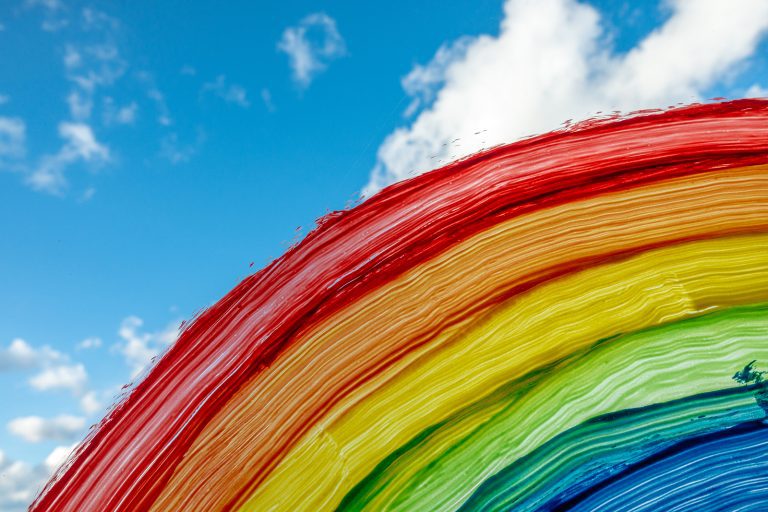 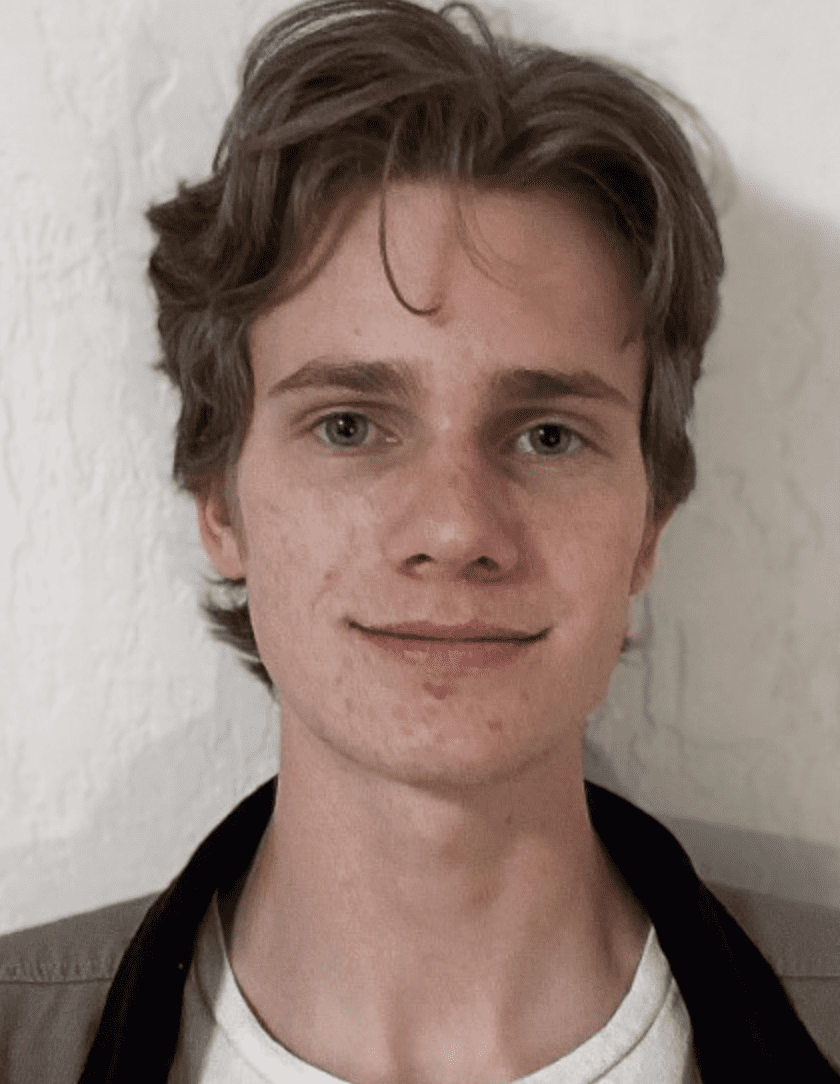 I enrolled in BYU, where I am currently a student, because I have attended two other American universities, both of which I found to be ideologically driven and inadequate for someone who appreciates a place of balanced academic dialogue. But recent events on campus cause me to be concerned about ideological pressure on the commitment to truth at BYU.

On the night of BYU Rainbow Day, 2021, a group of LGBTQ+ members and LGBTQ+ allies utilized multicolored flashlights to illuminate the BYU “Y” like a rainbow. According to the LGBTQ+ activists, the purpose of the lighting was to send a message of hope to LGBTQ+ students attending BYU. Upon the Y lighting, BYU responded claiming that “BYU did not authorize the lighting of the Y.” This response elicited outrage from BYU LGBTQ+ members and campus LGBTQ+ allies while pleasing those who opposed them. While the LGBTQ+ activists claim to have sent a message of hope to the LGBTQ+ community attending BYU, there is reason to believe that the LGBTQ+ agenda will push more than a simple message of hope onto campus as has happened at most universities.

The LGBTQ+ agenda being pushed at BYU is best introduced by an analysis of its current leader, a student at BYU who claimed responsibility for lighting the Y and who also asserts that “Jesus is Transgender” on Instagram. During the lighting, they posted to their public social media pages following the Y lighting:

Dear @BYU & Ch_JesusChrist, I love you. I do. I am not your enemy. But do not underestimate me. I take full responsibility, but you cannot hurt me in any way that matters. I have the power to raise hell. I would know. I’ve been attending there for 4 years.

Clearly the LGBTQ+ agenda at BYU craves much more than a “message of hope” backed by simple charitable campus recognition. The student who led the Y lighting also posted this to Twitter on BYU Rainbow Day; “If you thought I was powerful before… I’m only just getting started.” Perhaps they were joking, perhaps they were not. Their subsequent Tweet, in reference to the LGBTQ+ actions on campus, which read “These are the last days and the Restoration is unfolding. It’s time to gather Zion” would suggest the latter.

Aggressive revolutionary ambition—not just recognition or charity–is clearly a characteristic of the LGBTQ+ movement; a movement whose underlying ideas have become aligned with Marxism. Marxist doctrine inspires coercive revolutions which seek to level systems socially, legislatively, and materially in order to bring forth some radical and elusive “equality.” Marxist revolutionaries from the Bolsheviks in 1917 to the Maoists of the mid 20th century have always justified the destruction and canceling of their enemies in the name of their revolutionary ideology.

In the same fashion, LGBTQ+ activists dismiss all valid objections to their group’s ideological underpinnings as having no more worth than those of a homophobic Bourgeoisie. If you doubt the dangers of destructive Neo-Marxist ideologies finding their way into college campuses, simply look to the leftist student-led takeover of Evergreen State College in the state of Washington in 2017, which resulted in faculty being sent home for safety reasons and the college leadership being cornered by enraged students. While the BYU LGBTQ+ movement is obviously tame by Marxist standards, we can clearly see the extent to which they are willing to go if given the chance.

The Marxism of contemporary LGBTQ+ ideology is a “postmodern” version. The ideology of postmodernism abandons the “rational” and “scientific” claims of classic Marxism-Leninism in favor of an open-ended commitment to some vague “liberation” that entails the rejection of all standing moral and social authority as “domination”. Think the deconstruction of religion, history, objective truth, the foundations of the nation. The revolutionary zeal of Marxism has thus been carried on by postmodernists who justify radical transformation to gain power, supposedly on behalf of those who succeed in claiming the identity of victims. For postmodernism there is no objective reality to limit the favored groups’ demands to be “liberated” from “domination.”

Postmodern groups such as the LGBTQ+ movement also adhere to the doctrine of intersectionality. Intersectionality, the idea that leftist postmodern goals are all intertwined – that all accredited victims must be in solidarity versus the oppressor – is utilized by postmodern groups to bind themselves together with other leftist groups. Just as Marx called for the world’s proletariat to transcend its borders, the leftist postmodern project transcends its groups to push their combined agenda on a grander scale.

This ideological group intersectionality is represented in the leftist postmodern project’s publicized enforcers; Antifa. Antifa is an amalgam of LGBTQ+ activists, Black Lives Matter radicals, self-identifying Neo-Marxists, groups such as the “Sparkle Brigade,” and many more. Upon one leftist postmodern group gaining influence at BYU, so do all their intersectional comrades.

BYU is predicated on doctrines which teach objective truths about the world, the family, and the dangers of relativistic systems. Leftist postmodernism predicates its work upon a steady flow of identity-based thinking which lends no respect or acknowledgment towards objective reality and historical truth. If there is any doubt that the BYU LGBTQ+ movement has even an ounce of respect for BYU, consider this recent retweet from one of its leaders, a clear perversion of the BYU mission statement “enter to learn; go forth to serve,” which read “enter to learn, go forth to serve this ***.” Regardless of if they are aware, the BYU LGBTQ+ ideology is serving a cause which will disregard much more than the BYU mission statement if fully invited in.

BYU is one of the last universities tolerating objective academic discussion and inquiry in the United States. With this in mind, I can confidently say that there is nothing quite like BYU. But radical ideological movements on campus threaten BYU’s mission. While the Y lighting may be considered “a message of hope,” the underlying postmodern ideologies driving the LGBTQ+ movement will potentially disallow balanced academic inquiry and lead BYU down a hole it would be difficult to climb out of.  I have faith that my school will avoid this mistake.

Well written and well said and I agree, courageous from someone as young as he. I am about to retire after 42 years at the 2nd largest defense and aerospace contractor in the nation. Just before Christmas my coworker who is a young returned missionary was on the company Intranet said to me "come look at this", somewhat hidden in the announcements for the day was a corporate policy stating that they would no longer be hiring from BYU because BYU did not foster a climate of being supportive of LGBTQ+ rights, policies and teachings. We have not been able to find that since so possibly it was deleted, there are a number of executive positions at my division that are held by people who are BYU graduates and hopefully they stood up to that. Our church leaders and others not of our faith have warned about what has been going on in academia, particularly at the university level for many years. All that is now coming into play but the real danger is that corporate America has become part of that and when you yield influence over peoples jobs, their livelihoods, how they support their families you have real power.

Wow - I am so impressed with this article and with all of you who responded upholding righteous principles.! Its people like you who give uks all hope that there are truly others out there who are willing to actually speak out against wickedness and perversion and put your names to it!! God bless you al!l